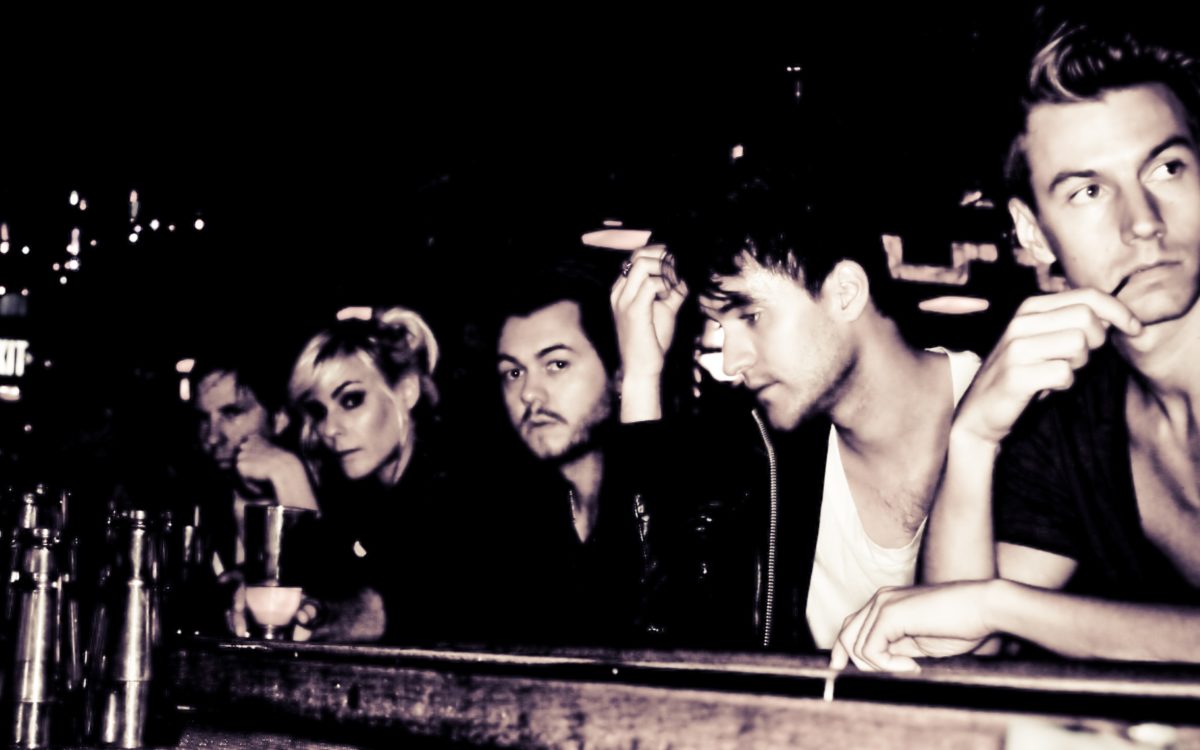 While they’re about to perform in Paris at La Maroquinerie for an explosive headline show, singer Maja Ivarsson and drummer Fredrik Blond answered a few questions for RockYourLife! .They talk about their past experiences and their futures plans, with a strong confidence.

Your album “Something To Die For” came out last year. One year later, what are your impressions? How were the feedbacks?

Fredrik Blond (drums) : Feedback was mostly pretty good, I mean we did change our sound a little bit and some people just don´t handle change that well. But I think that when they hear the songs live they will realize that we are still The Sounds. I think the new songs blend in really nice with the older ones.

Do you work on a new album?

F : We are always working on new material, there´s always songs laying around waiting to be finished.

Do you compose on tour or do you prefer writing during your time off?

F : We usually never write stuff on tour, but it is essential for us to tour in order to write songs. That´s when we gather impressions and come up with new ideas for new songs.

Last time you played in France, it was in 2009 and you opened for Fall Out Boy. Are you excited to be back here, for your own show?

Fredrik and Maja Iversson (vocals) : Of course! Our own shows are so much more special.

With what bands would you like to go on tour?

F : With bands that are fun to hang out with, persons you can have actual conversations with, and it´s a plus if their music fits with ours.

You’ve toured a lot in the US and in Europe, is there really a difference between these crowds?

F : No not really, the differences are minor, but wherever we are I always try to treat them the same way, with the respect that they deserve.

Maja, you appeared on a song for the band All Time Low. With who would you like to make a collaboration?

M : I would make a collaboration with almost anyone. I think it’s more important to listen to the actual song before i make up my mind. It’s so important to like the song otherwise I cant sing it with any feeling.

Are there some Swedish bands you’d like us to know about? (except Abba and The Hives)

M : There’s allot of great Swedish bands out there, I would suggest a new comer called First Aid Kit. It’s two young girls and its really mellow and sing and songwriter kind of style. They got allot of attention lately…

When you live in Sweden and you want to play music, do you automatically think about singing in English and play in other countries because Sweden is such a tiny country? Is it hard for a Swedish band to export its music ?

M : For us it was a no brainer, we wanted to sing in English from the get go. But there’s allot of artists that only sing in Swedish and they’re really successful but only in Scandinavia. We knew that we wanted to reach out further then that we had big dreams already from the beginning. And it has not been that difficult to export our music abroad, and I know for sure that sweden is number 3 in the whole world after USA and England to export music abroad. I think allot of bands before us like Roxette and The Cardigans showed the way, and we knew that it was absolutely possible to do it on our own.

You have a lot of electronic sounds in your new album, and those days on the radio there are many songs with electro and autotune, what are the limits you don’t want to cross?

F : I can see where you´re going with your question but I personally don´t like limits or rules while making music, I find it very uncreative.

What are your plans for this year?

M :  This year we’re gonna tour as usual, we’re doing a European tour right now and i think we’re gonna try to write some new material as well. Probably do some festivals in the summer too.

To conclude, as the name of the website is “RockYourLife!”, what rock your life?

M : It’s too early in the morning to answer something like that… I guess playing in a band and touring the world is good enough, I need something totally opposite to rock my world.