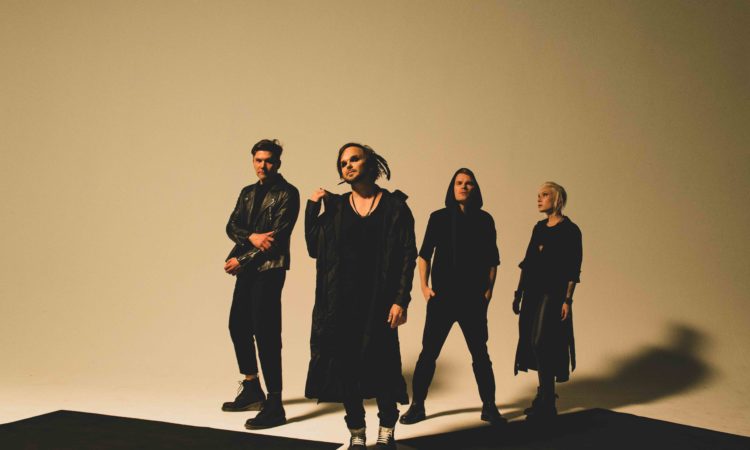 A few days before their gig at La Maroquinerie (Paris), RockUrLife met Lauri Ylönen, singer from rock band The Rasmus to talk about their news and their participation to Eurovision.

Hi Lauri. How are you?

Lauri Ylönen (vocals): Very good, thank you. We are just in Milan tonight, we will be in Paris in few days

You will play in Paris on Sunday. How is the tour going so far?

Lauri: Very good, we have great shows, we have a new guitarist, Empuu. She is really kicking ass! We are happy to have her in the band. She has brought a new energy and brought back the joke of playing together. She is fantastic.

Great! We’ve just seen on your Instagram that you’ve collaborated with the Kalush Orchestra (ed. the Ukrainian band who has won the Eurovision last year). Can you tell us more about it?

Lauri: Yes, sure. We’ve actually met them at the Eurovision. Long time ago before the final, we made the pre-party together last year. It was really cool to do this thing in Torino, we played a show on the street. That was like a spontaneous street gig. It was really cool. They have learned to play “In The Shadows” with their flutes, we have learned to sing their song, “Stefania”, then we made like a mashup with those two songs. That’s how this idea was born, and they wanna to drop this song as their new single. We were very honoured because, after almost 20 years this song came back to life, in this special and terrible time due to this war. This song gets a new meaning with the lyrics, can now be heard in a new way because of the crisis. It’s hopefully bringing a new power, joy, and hope for the listeners. Kalush is the voice of Ukraine, in the way they are. Right now they are touring in America, it’s great that they keep up the spirit of the nation. It’s a wonderful thing.

In France, your song “In The Shadows” is associated with the opening song of a very famous talk show. Did you already know about that?

Lauri: (laughs) Yeah, I’ve heard. It’s been for years that is the title song. But, I think it’s over now, they don’t do it anymore.

Have you ever been asked for other soundtracks for movies or TV shows?

Lauri: Yeah, we have been in few movies from Finland. It’s always nice to do it together with the movie director. It’s nice to support the finish film makers. So, that’s what we’ve done. Actually “In The Shadows”, was in a movie in Finland before it was a hit song.

You have just recorded a new album, Rise, what can you tell us about it?

Lauri: This album tells the story of the last 3-4 years of the band. As for everyone in the world, it was a difficult time because of COVID, but especially for us, we have had a lot of difficulties within the band. It goes to a point that the guitarist left about a year and half ago. For few moments we were without a guitarist, it was the point that we considered that it’s maybe the end of The Rasmus. I am glad we didn’t, because we actually find Empuu, the guitarist, last year in September. She is a very good addition to this group because she is a great guitarist but also had a great personality. She is very energetic, creative, talented in many ways so. It’s good to think as a new beginning for The Rasmus.

You have been playing since very young (ed.since 16 years old). Is it a good way to explore new horizons?

Lauri: Yes, it’s like having a new best friend, or a new sister. (smile) It feels great, especially now we are touring across Europe. Then we are going to Mexico together first time with her. It’s nice to show her places like Milan. I must do this interview, now, but the guys and Empuu are in the city, having good time and visit some sites. While me, I am working, that sucks! (laughs)

On the album opening track, “Live And Never Die”, we found the presence of some “wohoho“, which seems perfect for live. Is it a desire to create song for the stage?

Lauri: Many times, I think first to the life situation, like if I had an idea for the song, it’s link to the audience. That’s always a great source of inspiration, I’m writing many songs on tour. Every night, I see the audience, I feel the energy, I see how passionate they are. I see the chemistry between us and the audience. That’s like the best thing I know, it’s really magical. It’s nice to think, when you are writing a song, also think of the fans. It’s really great to imagine how this is gonna rock on the stage. It’s a good angle to be creative.

Rightly, are there good feedbacks for this song?

Lauri: I think this song is a little bit different, it’s quite a happy song. It’s different of the rest of the set. When we play, people act little bit differently: they start moving differently their bodies, not like jumping, they are more like dancing or something. It’s a good song in the set, but also it was nice to, after all these difficult times in the band, almost breaking up, after COVID and all the shit, I wanted to write a happy song. Enter on this album with a happy note, that was my mission. Now we are positive because of Empuu, this tour and everything. It was like this album deserve a happy ending.

On this album, there is a nice and slow song, “Clouds”, which is pretty mysterious in its lyrics: what is the meaning behind them?

Lauri: It’s about this guy who is seducing a girl to do bad things. Maybe to go on the dark side, almost like a vampire. Girl is like all excited to go deep underground. Then the girl get lost gone, the guy says like: ‘oh no, what I have done, I ruined this girl‘. You know this kind of stories. At time, your influence gone bad on people like. It’s just like you have to choose your company wise. I feel like, sometimes, I have mislead some people in my life, and maybe people take what I’ve said sometimes too seriously, especially some fans. They go so deep into our world. It can be dangerous and it can be confusing for them.

We are talking in English, your lyrics are in English but you came from Finland. What is your writing process: do you think/imagine in Finnish and translate after or not?

Lauri: In music, I’ve always listen to artist who sang in English for the very young age. The first music I bought were AC/DC, Alice Cooper, these kinds of rock bands. I was about 10 years old when I started to listen to that. For me, it’s natural. I lived in America for the last 8 years. So I don’t really think about it. But I am still a Finish guy in my heart, my roots are in Finland. My memories from the childhood, which are very important, my teenage years. I grew up in Finland those are the strongest experiencies I have experienced. You know, growing up with the band first. During ten years we only played shows in Finland before we had “In The Shadows”. So, Finland is in my blood.

Last year, we could see you representing Finland at Eurovision. How did the idea come about?

Lauri: I think we desperated to do something, to play somewhere with the band after COVID. There was no live show for 2 years, at least. Our friends Blind Channel went to the Eurovision the year before. It looks like fun, and they were telling us: ‘it’s such a good idea, just go there, it was fun‘. I think also Maneskin were just amazing, you know how they are, it is a better platform for rock band than it was, maybe, 10 years ago. I have to say it was a good move, because now we have a huge song “Jezebel”, everybody knows the song, it’s been all over radio. Our band is very tight now, because we’ve had this challenge together as a new line up. We could conquer something together: it was a very important thing, that happen the right time for us. But now it’s history again like, that was just one thing we did. I don’t think about it too much anymore. I mean, it’s a fun thing to do, but we’ve moved on already long time ago. But this Kalush collaboration happens thanks to Eurovision, without it this would never have happened. It’s good to do things by instinct, in life, not thinking too much. Like if you have a feeling like: ‘I want to do this today‘, you just have to do it. Don’t think too much or too long, don’t miss the chance to. That’s how I do in life.

Precisely, after this experience, was there a particular expectation about this album? From you or from your audience?

Lauri: I think many of our older fans re-discovered our music due to the competition. They were like: ‘oh they still play music!‘. We have been active all the time but lots of people who has discovered us 20 years ago have been doing other stuff, maybe got kids, and now they were like: ‘oh wow The Rasmus was my teenage‘. Then, now they come back to our concerts. It’s kinda cool because it’s like a nostalgic thing for some of people who are now grown up and they used to be kids when they listened to our music. This competition was like a good reminder of us like: ‘we are still here‘.

Lauri: We will do of course a lot of concerts. Some festivals coming in for the next summer, it would be fantastic to play in festival in France. I don’t think we ever play any festival in France, but it’s just insane. We have a Latin America tour in Spring. We have more releases and more surprises coming. We plan to be very active with acting new videos, new stuff so the guns are loaded, we are ready for next year! It’s gonna be a busy year. We have to come back in Paris to play a bigger show, because the first show was sold out like that (snap the finger), because it’s a small club.

Lauri: I think’s it’s gonna be a great show. Sometimes, tiny clubs could be the best shows, because you are so close to the audience, so intimate. I’m waiting for this.

To finish, as our website is called RockUrLife: what rocks your life Lauri?

Lauri: (laughs) It’s all about rocking and surprising things I’ve never experienced the same day, every day is different, that is the best. 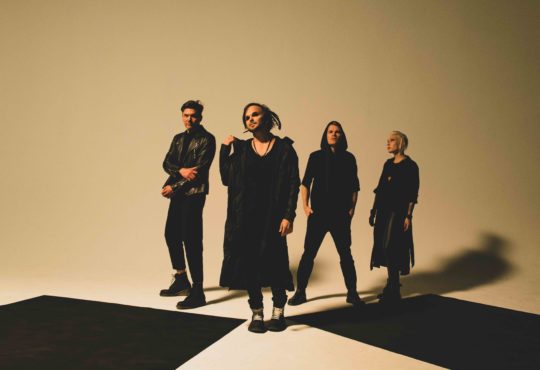 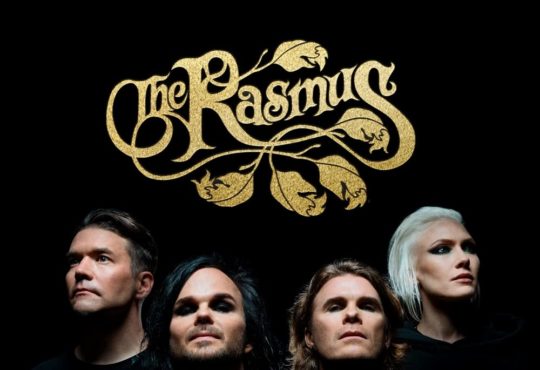 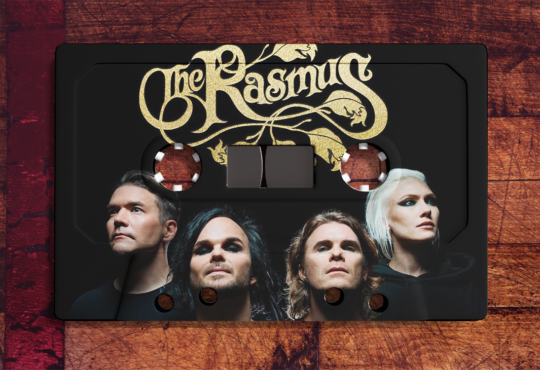 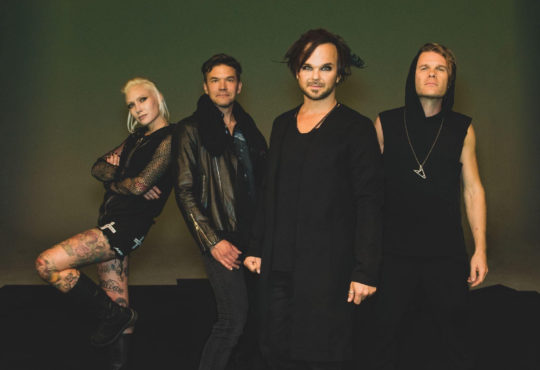 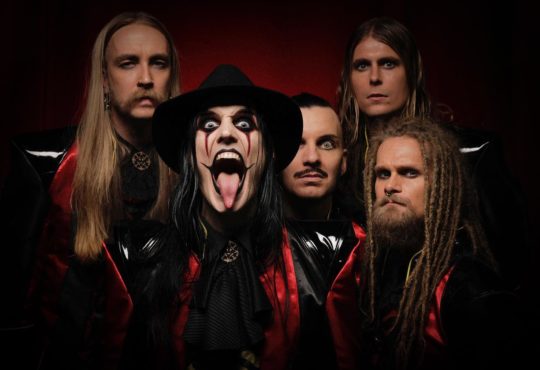