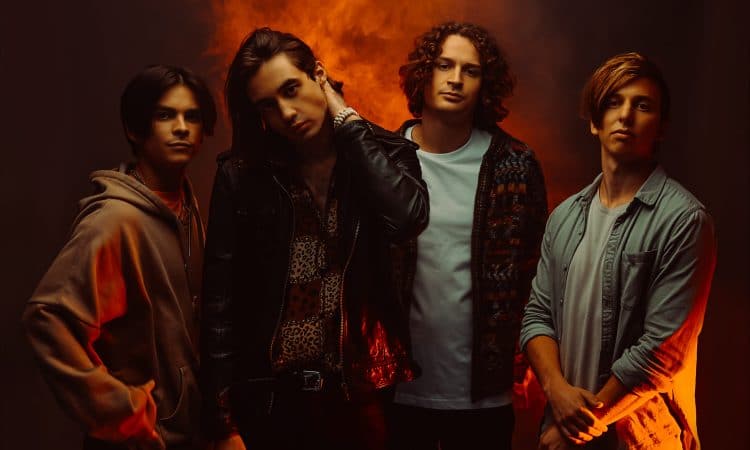 Meet The Faim guitarist Sam Tye for a discussion on the debut album “State Of Mind” and the Australian music scene.

Hi Sam! Can you introduce The Faim?

Sam Tye (guitar): I’m Sam from The Faim. We are a pop rock band from Perth, Western Australia. We are touring in Europe at the moment. We have an album coming out in a couple of days. We are very fortunate to be here!

Why did you chose the name The Faim?

Sam: Josh and Stephen can probably answer this question better than me. The Faim was chosen because the band, from the very beginning, has had a passion for music. I guess a synonym for passion is hunger, and we are just hungry to succeed and write the best music we can.

Do you think this hunger appears in your music?

Sam: We are always hungry to keep improving our music and keep building it. With our record coming out, you can hear the progression we had since three years. Our passion and our hunger to keep writing better songs is always going to be with us and hopefully appears in the album.

What was the recording process, “State Of Mind“?

Sam: The album has been three years in the making, but half of it was written in the last three months. We’ve been very busy touring over the last year so it’s been difficult to find the time to write and record. We did find it in the last three or four months. We recorded in Los Angeles. We learnt a lot while writing with other people and producers. I think the album reflects that. For a young band it is scary to be learning whilst releasing and recording music, but at the same time it is very beneficial. We have a long way to go so it gives us something to aim for and be hungry for.

When you played in Paris, you played several songs that are now on the album. We believe it can be difficult to release an album with songs having been played on stage.

Sam: It is interesting you say that because we had a few songs that are on the album that we thought we could have been done better at that time, and a lot of the songs that did not ended up on the album were played live. Half the album is songs people heard live and half is songs people haven’t heard. For example “Beautiful Drama”, “Infamous”, “Summer Is A Curse”. All those songs have been played live. There are also other songs like “Words Apart” or “State Of Mind” that haven’t been heard. It is exciting that people have heard half of the album but not the rest of it. It was important and necessary for us to write new songs because we had changed so much other the period of time we’ve been touring. That’s what you hear on half the album now.

Did you get back to the songs you’ve been playing before for the record?

Sam: “Infamous” for example. There was a studio version but as we were playing it live in the last year we realized that there were things about the live performance of this song that we loved and that we wanted it to be on the recording. We re-did and remixed it. It’s amazing because you don’t learn these things until you’re touring. If you’re touring and you’re in front of an audience every single night, you start to understand the impact different songs have on different people. To get back to “Infamous”, seeing the impact it had on people we wanted to carry that into the recording. And I hope we succeeded in it.

“Summer Is A Curse” was chosen for a TV commercial, did that change your life as The Faim?

Sam: A lot of those things seems like they happen suddenly. We are still trying to wrap our heads around it. We are in Paris now, yesterday we were in Berlin, we’re going back to Germany tomorrow. The fact we are here is because “Summer Is A Curse” is doing so well and we are super thankful for that. We can’t thank our French audience enough for making us achieve that. These things change your life. It’s hard to pinpoint what specific things do that, whether it is being able to tour or the song being on the Jeep Renegade TV commercial. It’s a gradual progression. For me it didn’t kick in until today that we are in Paris doing promo because “Summer Is A Curse” is doing well on the radio.

I guess it does change your life but at the same time we’re still the same people. The guys are all very hard working and very passionate about writing music and touring. It’s a significant part of their lives. But we are all very down to Earth.

It’s a crazy life when you are touring around. When you are a kid, you dream of being in a band and touring the world. You don’t realize you are doing it until you take time off to reflect on it.

You guys in the band seem close to each other.

Sam: Being on the road and away for several months from loved ones and family can be extremely difficult. We are all great friends and it helps a lot. I’ve known Josh since I was thirteen, we played cricket together. I met Stephen through Josh and I used to work at the same place as Linden. Our families have all kept us grounded. It’s important we are friends because it is hard: being away, put under constant pressure, getting no sleep, playing several shows in a week. The fact we all understand each other is important.

You are stuck together when touring.

Sam: We spend 90% of our time in a van and 10% on stage or setting up in a venue. For those 90% of time together we are literally a foot from each other. You have to get along because if you don’t you just drive each other mad which we do sometimes. But we all understand and forgive each other when it comes to stupid things. We work it out in the end.

Let’s get back to the record: can you tell us more about the topics of the album?

Sam: Josh would be better to speak about it because he is the lyricist and the songs come from his experiences. I don’t think there is a common theme throughout the album but you can see a progression within the maturity of the band and how we’ve all grown up. We’ve all changed in our personal lives. All the songs mean something, they are very personal. Not every song is about an actual experience but it’s influenced by things that have happened.

Josh’s mind is an enigma. He is a very intelligent guy and sometimes it can be hard to understand some lyrics. At the end of the day, the songs mean something and you just have to dig deeper.

Let’s talk about of Australian music. We’re fan of Kisschasy for example. What are your favourite australian artists?

Sam: I wouldn’t say Kisschasy is my favourite band because I didn’t listen to them in a long time, but I used to listen to the song “Dinosaur” when I was a teenager. The lyrics of that song are amazing.

The band Last Dinosaurs is great. Tame Impala obviously. Kevin Parker is a massive and probably biggest australian artist at the moment.

There are a lot of amazing bands that came from Australia like The Living End, Midnight Oil. There’s a big rock culture in Australia. Fortunately and unfortunately it stays in Australia, and you have to go there to experience it.

You keep your bands as a secret in Australia!

Sam: We try not to! But there are a lot of talented people coming from Australia. There are so many bands. Birds in Tokyo or Violent Soho. The Australian rock scene has so much to offer but as we are so far away no one really gets to experience it. If anyone wants to experience it, I would recommend travelling to Australia. It is a great country, you can go to the beach, enjoy the weather and Australian bands!

Last question: as our website is called “RockUrLife”, what rocks your life, Sam?

Sam: If we are talking “rock” in terms of “makes me motivated everyday”, the fact we are on the other side of the world touring, writing new music is one thing that keeps me motivated. Being in Paris today is amazing. People meaning a lot to you in your life is important. In these days where everyone is so connected but at the same time we’ve lost a bit of connection. Connecting with people is important. I try to live my life in the moment, if I can. That rocks my life. 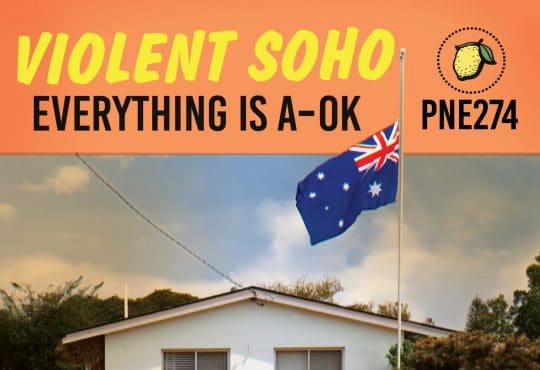 Violent Soho – Everything Is A-OK 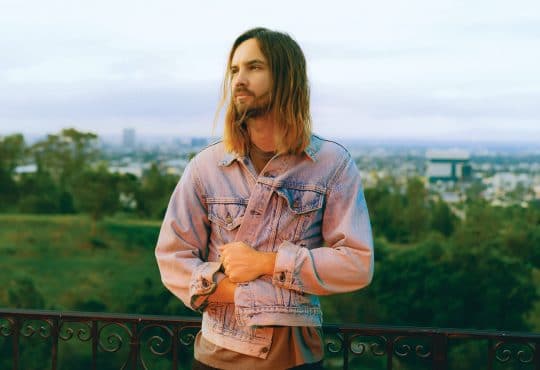 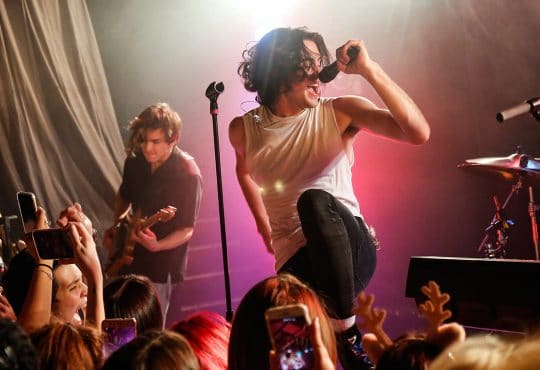 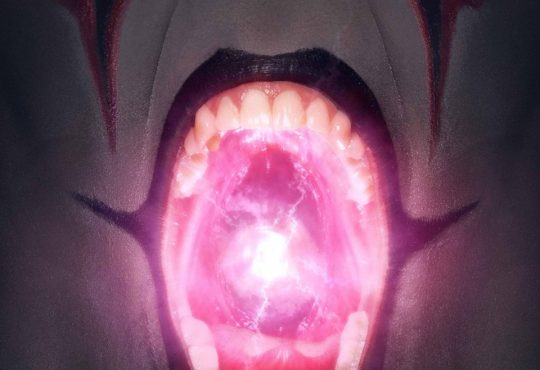