Two hours before the beginning of their European tour at Bataclan, we got the chance to discuss a few minutes with Josh Rand, Stone Sour’s guitar player.

Hello! How are you today? Glad to be back in Paris? It’s been a long time!

Josh Rand (guitar) : Hey, it’s great to be back. Actually, I was just here for the press stuff about six weeks ago. We always look forward to come here, the crowds are always really good for us, pretty much for our entire career.

The tour begins tonight, are you guys ready?

J : Oh yeah! We’re excited. We’re playing a bunch of new stuff, playing some older stuff from the first album because it’s the 10th anniversary of the first record. We’ll play some old stuff that we haven’t played in years.

So you just released a new record, with the “House Of Gold & Bones – Part 1”, what’s your feeling about it?

J : I think it’s our best record. I know every band says that, when putting out a new record; it’s our heaviest record, the best… But for us, I truly believe that. I mean, there’s part 1 and part 2, we wanted to do something more grand, big. Here’s a ten-song on a disc, we had this big picture as part of the concept and, everybody worked really hard and really pushed themselves on this record, so I feel it’s like the most mature, the most experimental, just everything about it, I think it’s another level. 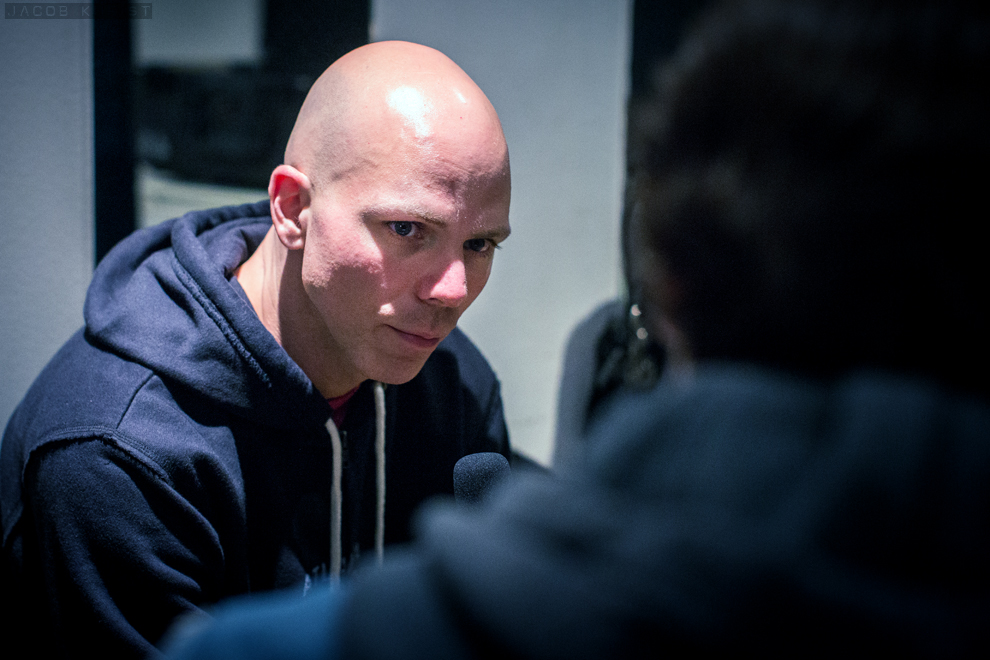 As it says, there will be a second one, next year. Was the main idea to make 2 albums or maybe, it was supposed to be a double album?

J : Well, we pushed around the double album and there’s several reasons why we decided, we kind of looked at it is almost a film sample, having a sequel and not putting them together, we thought that the way you read that short story of part 1 and the way it sets up it almost end on a cliffhanger. We thought it would be more exciting to go ahead and to break the records up, instead of having it inside a double. It works out, it’s better this way, even from the costing point. We were looking several territories and which make none sens to me, some places it costs more for a double disc than two singles, to be manufactured. Also we already had the idea about the packaging we wanted to, so it needed to split out to do that.

Rachel Bolan from Skid Row recorded the bass lines, with Shawn Economaki’s departure. How did he end up with you in the studio?

J : He came in and he schooled it. We were trying to figure out who is going to play bass. Actually, we were set up to record the record without a bass player and we tossed around some names and the guy that was originally going to do that came back and couldn’t, he had other obligations with his main band, so we were just discussing the recording and how the bass sounded. The thing is, with how the description of what we heard the bass lines, I brought up his name one night, at Corey’s house, “Rachel Bolan would be the guy”. I didn’t know how everybody would react because of the whole… he’s been in a band, a very famous band : Skid Row; most people think Skid Row, “I Remember You”, “Youth Gone Wild”…

“Slave To The Grind”?

J : Besee, no, that’s what I hear, I hear “Slave To The Grind”, “Subhuman Race” and I was like “Man, he would be the perfect guy”. Fortunately, Corey knew somebody that knew him and made the call; like “I’m in, I’m excited”. He came in, played like 22 or 23 songs, in like five or six days, it was crazy, phenomenal.

What’s the concept behind “House Of Gold & Bones”? Because, many bands are coming with “concept stuff” those days. Was it a risk?

J : I thought it was a risk. For us, it wasn’t about a single one song from radio, it’s a big piece of art. We really wanted to push it for us. The story lends itself to go many different directions; which the more expermiental record is part 2, people are going to be “wow”, because part 1 to me is like us at our best to what we do, part 2 is more expermiental and creative, it goes a whole completly different direction. The main thing I want to stress about part 2, it’s not like the leftovers or the b-sides that didn’t make part 1, no. It’s its own journey, it’s a completly different record, I feel like it’s a darker and a heavier than 1. 1 has more agression to it, 2 is more darker; I can’t wait for people to hear it. 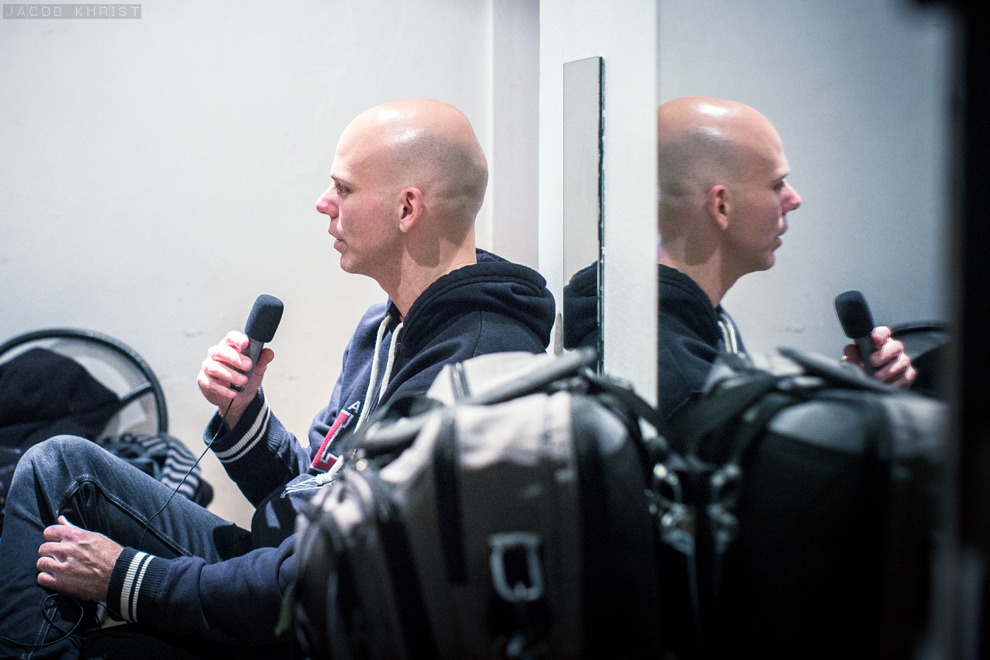 The track “The Travelers” is also cut in two parts, why didn’t you make a single track? Will there be part 3 like Metallica’s “The Unforgiven”?

J : It was split out, just so we had the total concept of the themes and the story. Part 3 actually is called “The Conflict Aggression” which is on disc 2, which used to be “The Travelers Part 3”, so they kind of all interlock and there’s stuff that goes in and out, recurring themes. That was one of the things we wanted to do, in a concept record, they all had that like “that sounds familiar to me”, so for us having recurring themes on both records, that was done intentionally.

The record is pretty dark, apart from the heavy songs like “RU486” and “Gone Sovereign”. What’s the difference between this album and the three first ones?

J : Once again, the maturity. We have more experience and are more open. This record to me is more like the first record than the previous or the other two, except for its more mature sounding, that raw energy like the first record have. But we know what it takes to make a record. When we did the first one, we were very green, we weren’t experienced, in some ways we made a mad record, with no producer; just kind of went in and it’s what it is, and it’s great, a lot of people love it. We kind of wanted that raw energy, that we did, except of the knowledge making three previous records. I feel like it’s another progression for us, we didn’t make the same stuff over, over and over again, so I’m proud of that.

Corey is pretty busy these days, how did he find the time to work on 2 albums?

J : Well, that’s a good question. He goes non-stop, he didn’t take a break. The story of this record, he already put it together last year, so for him it was getting the music from everybody and putting lyrics. He works hard, he’s constantly doing something. 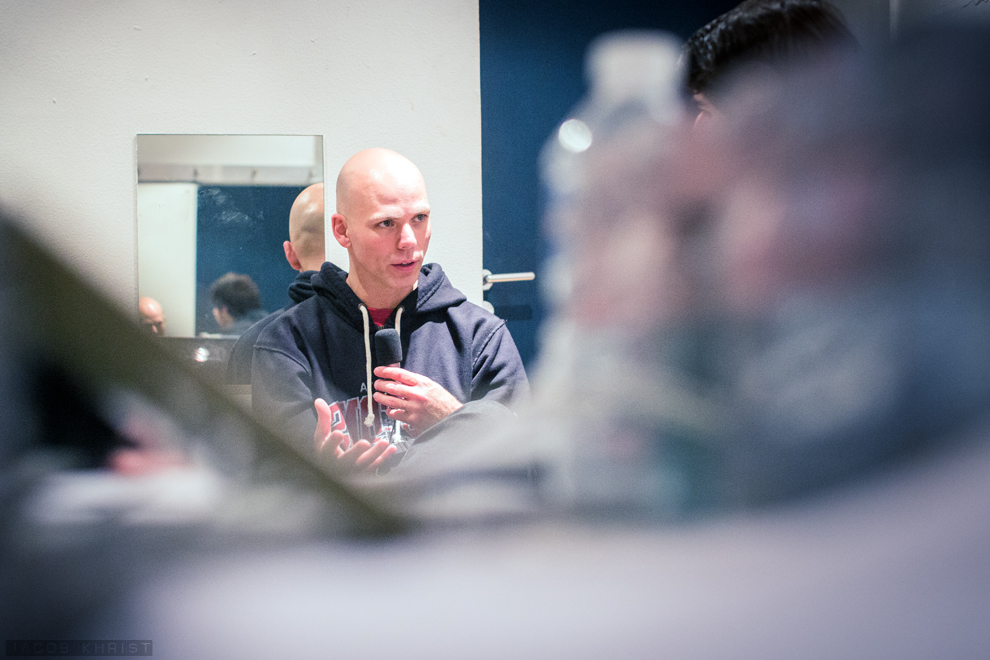 Is the second part already ready for release? And will you tour again here, in support of “House Of Gold & Bones – Part 2”?

J : Yes we’re done. Actually, we just finish mixing part 2, it hasn’t been mastered. It’ll come out, in march/april next year. We’ll play the summer festivals, some of those dates already popped up.

What can we expect about tonight’s show and this European tour?

J : We’re really excited, the whole european tour, we’re bringing in four news songs, maybe five. We also pulled a couple of old songs, and we really looking forward to. We’re so happy with how this record came out. It should be awesome.

To finish, our media is called “RockYourLife!”, so basically, what rocks your life Josh?

J : What rocks my life? Oh man, actually I have to say my kids. They’re my inspiration, my everything. They’re the most important thing to me. 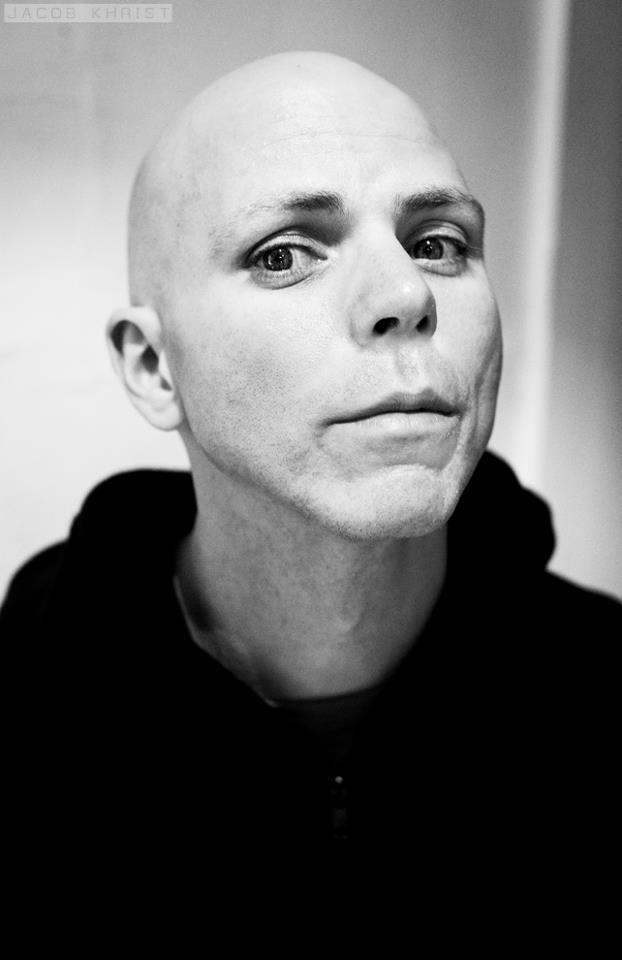