A few weeks before the release of their new and double album “The Living Infinite”, RYL! met Ola Flink, Soilwork’s bass player, talking about their new record.

Hello, happy New Year! How are you?

Glad to be in Paris?

O : Yeah, it’s good time for sure. I haven’t been here for a while so it’s good to be here, for sure.

So your next record “The Living Infinite” will be available in late February/March, how do you feel about your new release?

O : I feel really good. But the whole thing, to be honest, it’s actually a pleasure to record, going through all the process of making an album even a double album. There was a lot of new inspiration in the band and having a new guy coming in with all this great energy, he just got revitalized the band. Good feelings, super proud of what we’ve done. 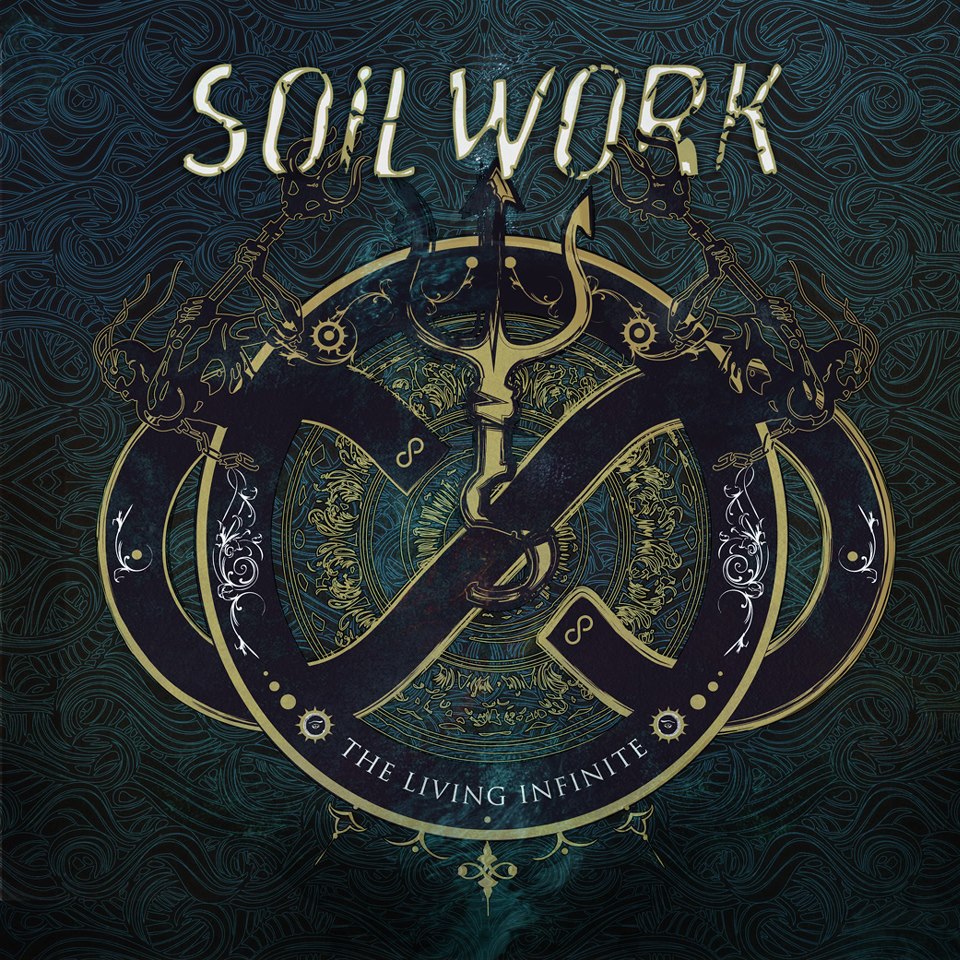 This is the first ever double album of Soilwork, how did it end up like that? What were the differences between making an album and a double one? Was the pressure higher on this project?

O : It started with a title that Bjorn came up with “The Living Infinite” and I guess at this moment he had this idea of a double album and present it to the rest of us. I liked the idea of a double album but at the same time, it’s hard to come up with some songs for one album so we just started to write songs and everybody pitched in. All the members in the band can play their part and everybody came with songs and ideas and that’s probably the bigger difference from the other albums; when Peter was in the band he worked a bunch of songs with Bjorn, there were two guys but on this one there were all of us, so I could say that was the bigger difference and because of that there wasn’t any pressure with all this inspiration, it was a pleasant process, for sure.

Did you ever think about releasing the album in two parts?

O : No we never thought about that. Because we just had the idea of making a double album and that makes sense to release them at the same time, you kind of loose something if you release one and then the other, it makes sense together. It was our intention to make a double album.

So there’s the title track “The Living Infinite”, in two tracks, one on each CD, what’s the link between them? Was it a unique track at the beginning?

O : Not really. Bjorn wrote both of them. We felt that there was some sort of connection between those two songs, like there’s the same type of vibe, so I think that’s the only link between them, the only reason.

Bjorn (vocals) coming to the table : Am I supposed to be here?

O : You can say something if you want to. No? 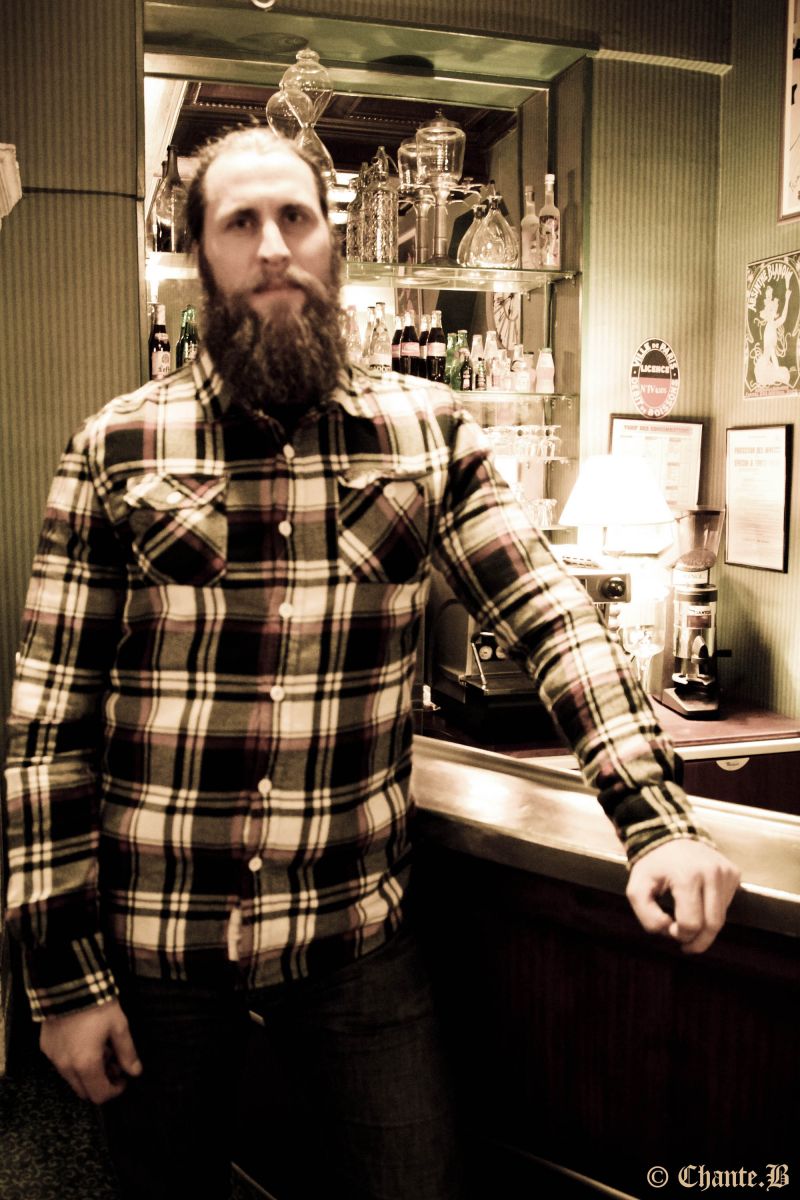 By the way, what’s the main idea behind this new record? Can we consider it as a concept album? And this title, what does it refer to?

O : Yeah it’s sort of a concept album like with the lyrics, and the title itself is a quote from Jules Verne that he referred to the ocean as a living infinite. As I said it was Bjorn’s idea, he started to compare oceans to life itself, all these questions; existential themes. The ocean is alive, always in changes, so as life. As he wrote most of the lyrics, I might get it different by my interpretation but it stands for existential questions. It’s not a concept album like to tell a story, like a guy and you follow his journey, it’s nothing like that.

Comparing to the previous ones, what did you want to do? What was the main idea around the whole record?

O : The whole record? Just try and create as diverse music as possible. It’s always a goal of our to do that, try to do something new and all these six different mind creating music, just kept us open minded, whatever the ideas everybody had and do something with that.

What can expect the fans about “The Living Infinite”, which we found excellent!

O : I think they can expect super divers’ music. There are 20 tracks on there and you can hear different parts from our career; like what we’ve done on “Natural Born Chaos” (2002) that type of music, that type of riffing and even on our first records, that are faster like melodic death metal stuff, it kind of sum everything up, combining what we’ve done through the years with something new. There’re all these instrumental tracks we haven’t done for a while and acoustic guitars intro and all that. 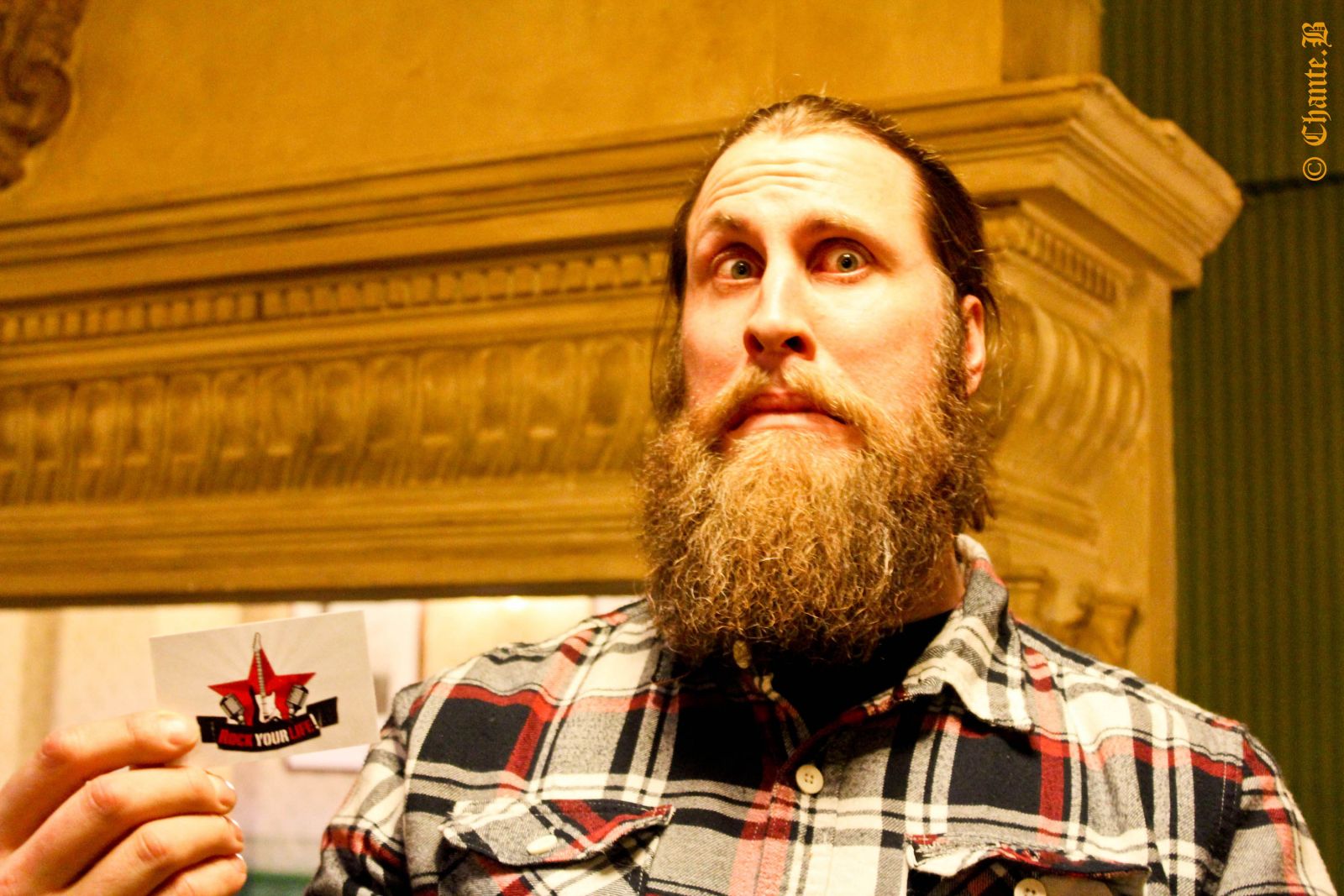 Since last summer, a new guitar player joined the band; David Andersson. Can you introduce us David?

O : Sure! We did a bunch of tours playing with him, so we already knew him; he’s a friend of ours for a long time now. We always had a good vibe with a lot of energy. When Peter was not going to be in the band anymore, we already knew what to do. It was super natural, we didn’t have to think and he was super excited about it. He just brought all his ideas. As a songwriter, he has a different view on it, in a good way, he brought some of his energy that has been missing in the band for a while, that’s super positive. Awesome guitarist, perfect fit for us.

Are there any French metal bands that you listen to?

O : Oh yeah, Gojira like everybody I guess but what else is there? We toured with some like One Way Mirror a long time ago but there’s more, I know that. I listen to Gojira since their first couple of albums; and of course, there’s Dagoba!

What’s your opinion on “L’Enfant Sauvage”?

O : I think it’s great, really cool. They have their own sound and it’s always fun to hear, it’s not like they’re imitating anything so. I got the same feeling when I listen to Opeth and Mastodon, that type of progressive. I even think that we have some of these types in our latest album. I like it when they don’t overdo, because some bands, the musicians are really great and they can do what they want, but these bands do it on a tasteful way. 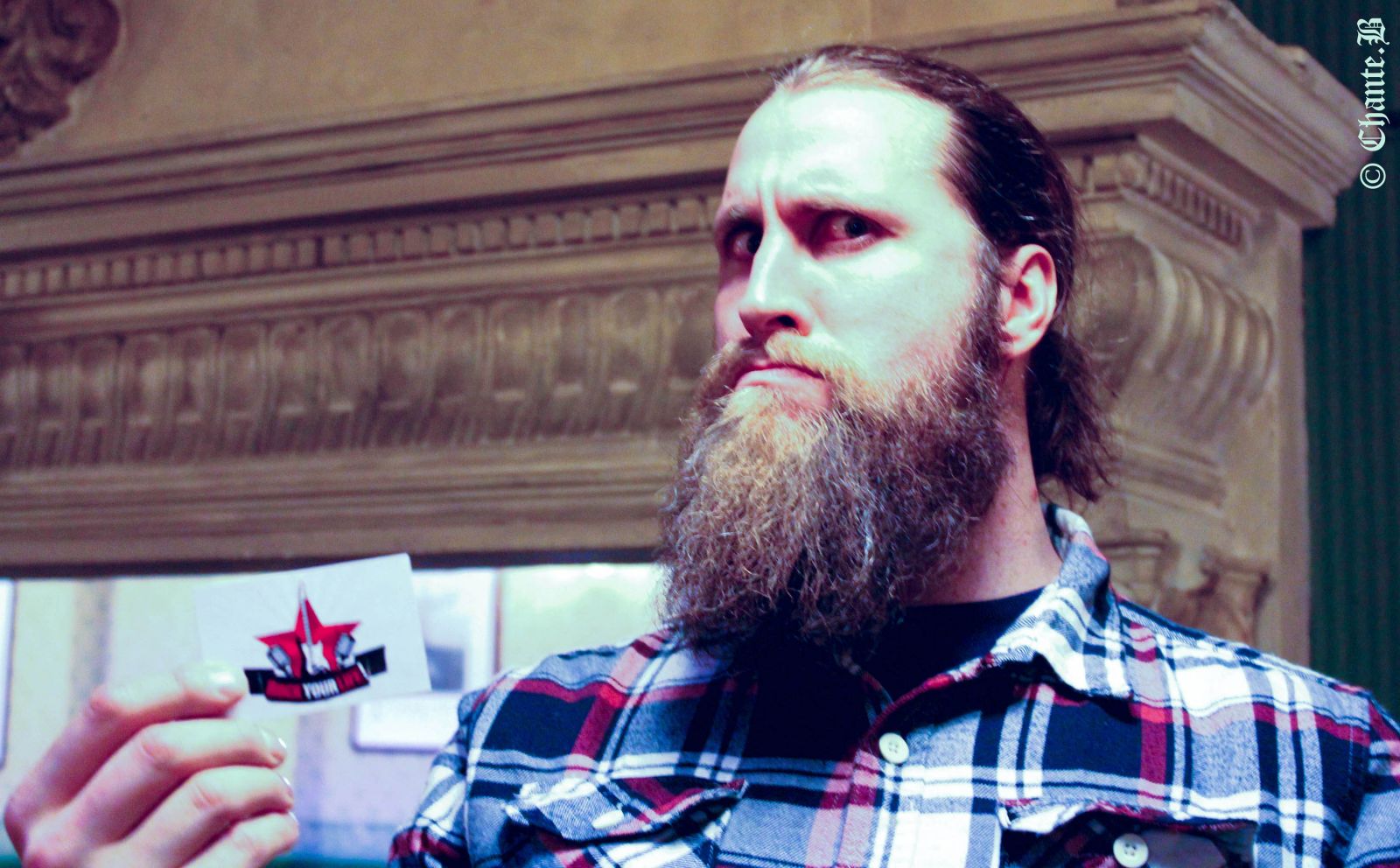 O : Yeah for sure, like the bands I just mentioned! We did your with Mastodon, at Ozzfest, in 2005, around the time they got really big. Musically that would be cool; Opeth, same thing. We did tour with Amorphis, I‘d like to do it again. And about the bigger bands, Tool. That would be awesome, but that’s probably never gonna happen. (laugh)

Can we expect special shows with the whole album played?

O : I hope so. There’s nothing planned, but I think that something that could work. If the album goes well, it’ll be great to do for sure.

Will you record another double album, if you get the opportunity in the future? 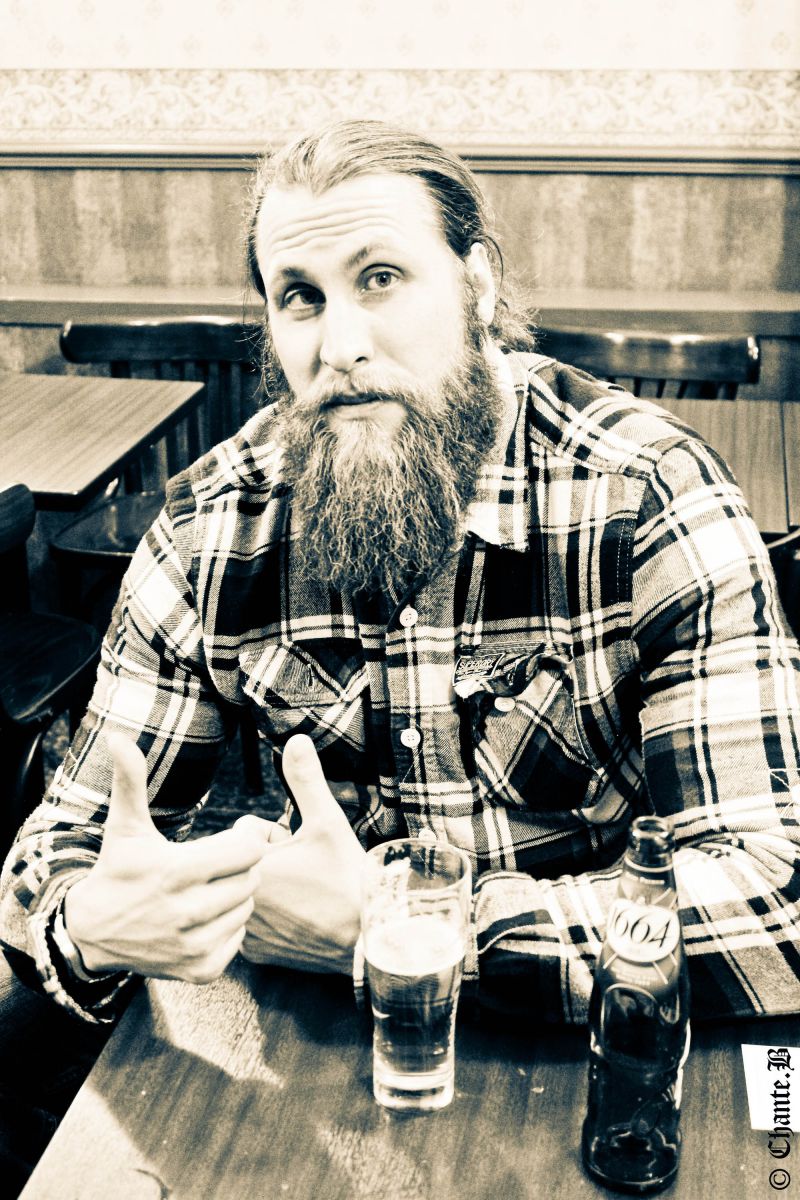 Any plans for this summer?

O : Yes, there are plans to do a bunch of festivals, the whole festival thing you know, in Europe. There are a couple ones booked right now and there’ll be way more, later. There are so many festivals these days that you can tour all summer.

O : Awesome yeah, that would be cool. I think we done it way back when it was called Fury Fest. We need to return to France that would probably be a good way to do it.

You are going to tour in America, then festivals in Europe. Maybe a European tour right after?

O : Exactly, I think you figured it out. (laugh) So yes, that’s pretty much the plan; and after that, hit Asia, Australia, Japan and hopefully South America, travel as much as possible.

Finally, as a tradition, we are “RockYourLife!”, what rocks your life?

O : What rocks my life? Oh man, being able to do this, all these years. Being a part of this band, be able to create divers’ music, that’s awesome. There’s also stuff on personal level, but that’s a different story. 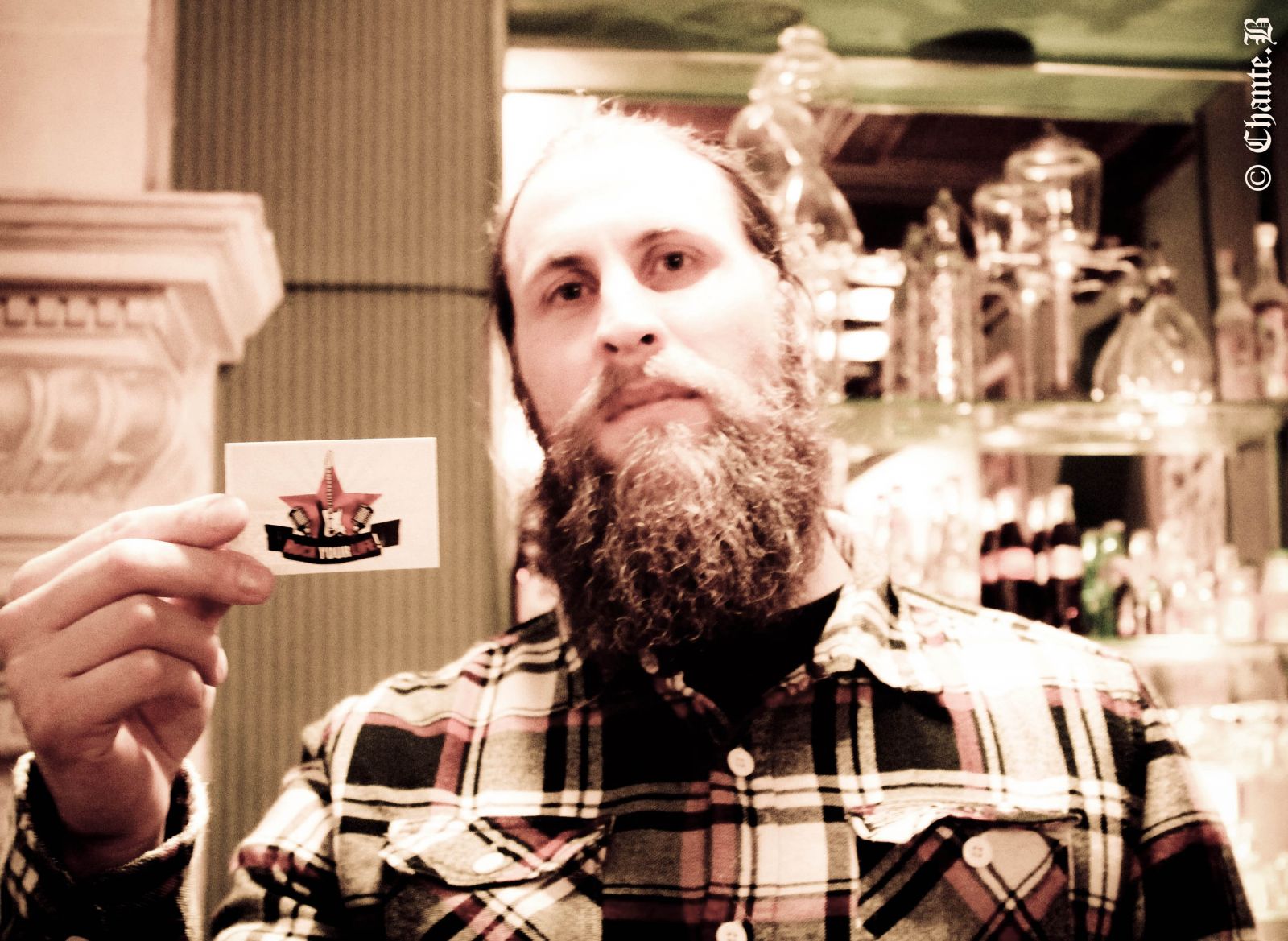 Any message to the French fans?

O : We’re going to come back here. We always used to go to La Loco and the Elysée Montmartre, there were always a bunch of people showing up and the shows were good. 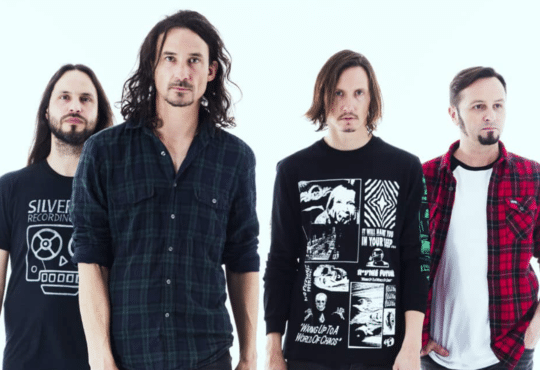 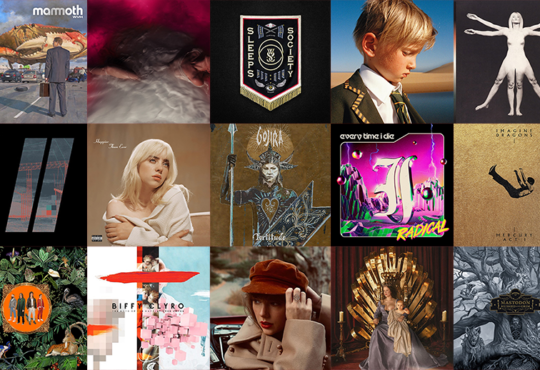 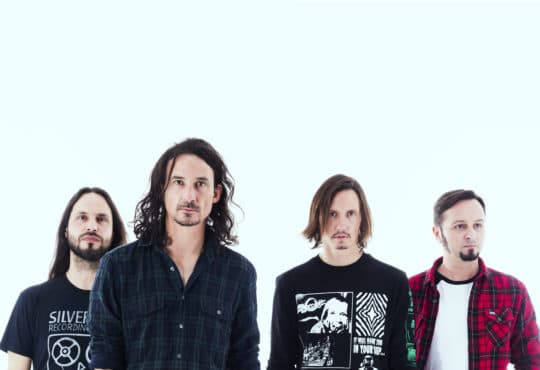 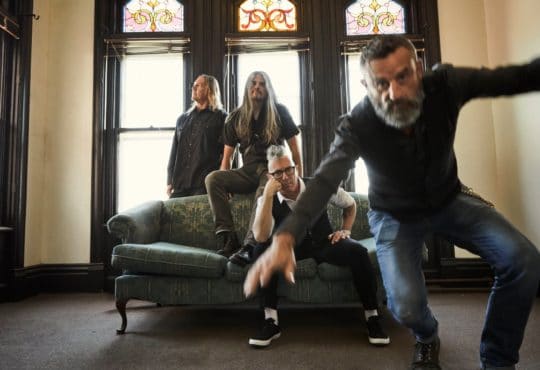