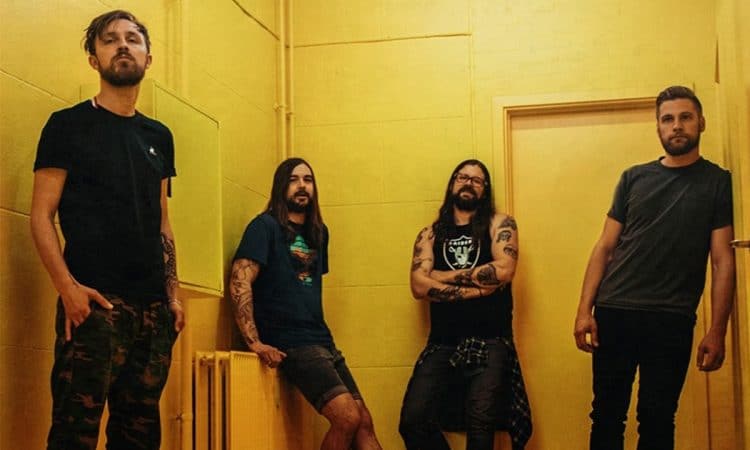 A few hours before their first French show with Monster Truck, RockUrLife met Daniel and Sandy from Royal Tusk. We got to learn a bit more about this other Canadian band!

Hi guys! How are you? Is it your first time in France as a band?

Daniel Carriere (vocals/guitar): Yes as a band it’s our first time. Oh no wait, is it?

Sandy MacKinnon (bass): We were in Calais.

Daniel: But that was in 2017, we did a tour in the UK and Germany so we just traveled through France. But this is our first time playing tonight.

How’s the tour so far?

Sandy: Oh what more could you ask for? A tour with a great package, friends in the band and their whole crew and we’ve know them forever. We step up every night so we try to play better and have a good time.

Daniel: Yeah the crowds are excellent. Europe is a lot of fun. They show a lot of enthusiasm towards rock n’roll. We’re having a blast.

First can you introduce us your band please.

Daniel: So we’re Royal Tusk. Sandy and I are long time friends. We played on the same soccer team when we were kids, his older brother has a band so we knew we wanted to have a band. We played in punk bands growing up and then when we got time, we made Royal Tusk. And we’ve been just rock and rolling. Royal Tusk is all about making really honest music, there’s nothing superficial and we just try to create from inspiration.

You put the fact that you’re from blue collar families in the spotlight in your bio. It looks like something very important for you. Why?

Sandy: We come from a place in Canada that’s kind of the middle of nowhere. The province we live in is kind of the Texas of Canada. Usually everyone there works in the oil industry. There’s a city where people own the factories and the one we live in work in those factories. That’s how we kind of grew up.

Daniel: We come from a city full of trades and working and there’s also a large art scene. Because maybe people want to express themselves and there’s also the side with all the corporate money and people can make a good living without going to college. It’s an interesting kind of place.

Sandy: But you can also see people addicted to drugs, because we’re so isolated and so far North and it’s so fucking cold.

Daniel: It’s an interesting place and we love it all the same. Because of this scenario, the dichotomy of people either working for their money but also drinking and stuff, or don’t giving attention towards the arts, it’s special to live in between.

You released a new record “Tusk II” last year. We listened to the first one and the EP too. The second is really different. Even the style of rock. What did happen? Can you explain us. It’s almost shocking!

Daniel: At that time, when we made the first album, we were enjoying groovy rock n’roll and I think it was just about time to decide to make more aggressive music. We felt that way. Maybe politically and socially things are changing and personally I felt like frustration and anger and we brought that to the table in what we were making. Plus we always loved heavy music and we started having so much fun. Heavy tones and stuff. We just wanted to catch that lightning in the bottle. Just how we felt at the moment.

Sandy: We didn’t set up to write something heavy. It was actually quiet organic, it just came. Again being fans of heavy music, it just naturally went that way. We’re pretty fortunate.

Saying that, why was your first releases that way? I mean, they’re pretty unique.

Daniel: I can’t speak for Sandy but he might agree that when you strip it all down, what we like to do is to write songs. A good song is a good song by a black metal band, by a rapper, by Bob Dylan. We were focused on writing good songs. And because of the musicians around us, it amalgamated into something indie rock. We focus on songs on the very center, just like a Beatles song.

Sandy: Not to mention from that EP to where we’re now, the only constant has been Daniel and I. We changed the whole band around so. Naturally things will change when you add different minds in the equation.

It’s more riff oriented, heavier, with different voices scream/clean. How did your audience react at first?

Daniel: You know what, favorably, for the most part. I think the first record had a lot more love songs. And you can tell, you listened to the record, it’s 35 minutes beat-down, aggressive rock. Maybe some wanted a love song in there and there’ll be one again but at that time and place, we weren’t feeling in love, we were upset.

Daniel: We demo a lot but we try to create the songs based on the original inspirations. As soon as you get inspired, you have to catch that song. We’ll jam in the room and then get something that we like, we’ll push record and have it. After that, writing the song is easy. Arrangements, five minutes. The words, well you just listen to the music and they’ll come to you. It’s a good song if we get excited about it. If it’s okay, we just stop. We want something really fucking cool.

Did it happen to rework something from past sessions and actually make it to the record?

Sandy: Actually yes, “Northern Town” was writing for “DealBreaker” (2016) but it didn’t make it. But it did make it to the second one.

Daniel: We look back at riffs all the time. Even for this record, we had like twenty/thirty songs written and only recorded ten. Just like yesterday, we demoed a song on stage in five minutes. That’ll show up, we don’t know. But what’s important is that when you’re inspired, catch ip. Because when you’re not and you write a song, it’s only a copy of something that could be good.

Sandy: And you can hear it. You can tell and people don’t like that.

Daniel: You could even have a beautifully crafted song but if the nucleus isn’t real, everyone can tell. It’s not a beautiful woman, it’s a mannequin.

As a Canadian band, could you be okay if we say that you’re a bit of a US rock sounding band?

Daniel: To me the grouping is for you and the listener, we just want to make music. That makes us feel good too because we haven’t heard tons of great Canadian rock bands sounding like US rock bands. Three Days Grace for example.

Sandy: It’s funny because a lot of the bigger bands making a living, might also be classified as US sounding rock n’roll bands. But whatever. For example Danko Jones works good out here. He barely tours Canada anymore.

What are you dealing through the lyrics?

Daniel: On this album, take the first single “Aftermath”, it’s about mass shootings and the public’s blasé acceptance of violence in general and the frustration; because we’re not politicians, but I found specifically hard was just to wake up in the morning and have normal day with what happened at the Bataclan or the nightclubs in the US, any number of days. But what do we do? We just keep on going. It’s so confusing, it’s so horrific, how does the world not fucking stop? Just that feeling is what we wanted to put out there. How do we, as individuals, address this?

Sandy: Every day you wake up and see something on your phone and it’s terrible. Any given day. How do you not just shut down?

Daniel: Wrestling with that dilemma. Another thing, the main metric that people are valued is by their wealth. It’s an abhorrent idea. That our value is based on this system. That guy who wanted to be in a band like us, he moved North to work in the oil because as a kid he thought he’ll be worth anything without it, he has to make money. Meanwhile, he leaves the people he loves and you sit and look at your life and say: “was nothing else valuable?”. Those are some of the issues we talk a little bit and with “Control” we talk about sex abuse in Catholic Church. Using people as a system of control essentially. I’m not against religion but I’m against the manipulation of people for financial games.

Sandy: We don’t try to preach anything. It’s just how we feel about the current state of everything. We’re not saying what’s right or what’s wrong. That’s up to the person listening.

Daniel: Our job is to communicate the feeling because I think we all have those feelings. We don’t have to articulate and say what to do. If I knew the answer, maybe I’ll be doing something else. The best thing that we can offer to the world is to draw attention to these feelings we all have and doing so, maybe it’s a catalyst for people to move forward.

So how do you know the guys from Monster Truck?

Sandy: We’ve been playing in bands forever with Daniel. At the same time, Steve and Jeremy from Monster Truck did the same, they were touring. We played shows together. We know them for more than ten years or so.

Daniel: We met the guys in Canada of course, we’ve known them since forever and when we got the opportunity to tour with them it’s been like: “hell yes”. It’s so fun because not only it’s a great band, we’re all friends.

And what about the doppelganger thing with you, Sandy, and Marv’ from Monster Truck?

Sandy: It’s very fun. (laughs) You saw the picture with the glasses. (laughs) I don’t think we were sober on it.

Finally, we are “RockUrLife”, so what rocks your life in Royal Tusk camp?

Daniel: I could just say my beautiful French girlfriend. And my dog at home. (laughs)

Sandy: Yeah, girlfriend, dogs, watching NFL football, listen to records, that sounds like heaven to me.

Are you also hockey fans?

Sandy: Oh yeah! But the guys from Monster Truck cheers teams that I hate. (laughs) And I tell them everyday but they also tell me that my team is the worst in the league, and it’s hard because they’re pretty right. (laughs) 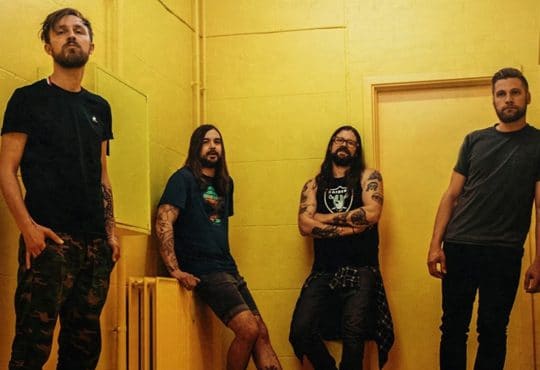 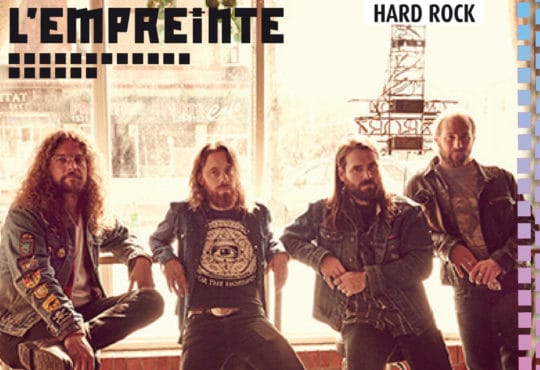 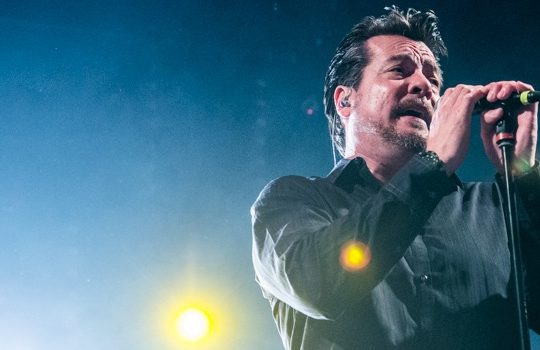 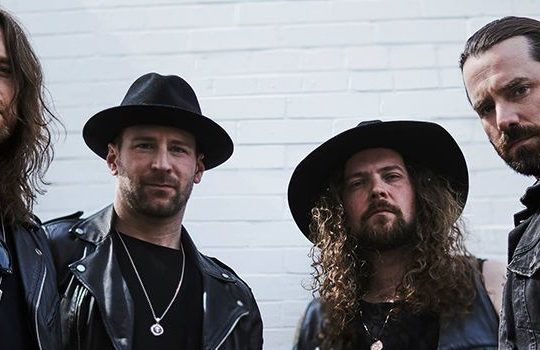 HANDS LIKE HOUSES + NORMANDIE @ O’sullivans Backstage by the Mill 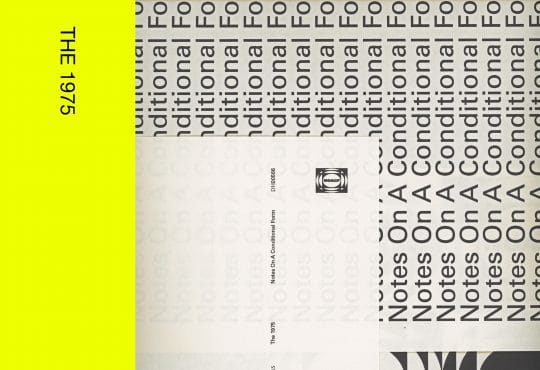