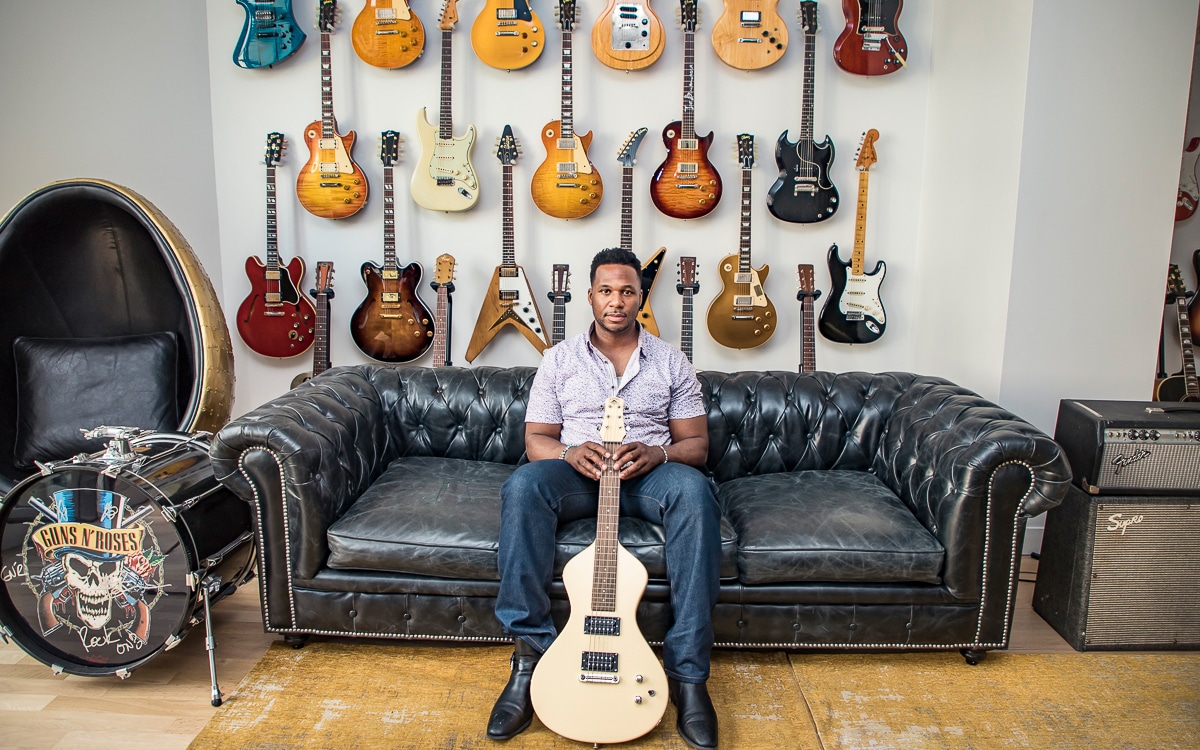 Well if you think of a pedal steel guitarist, you won’t really think of rock n’roll in the first place. Meeting Robert Randolph and talking about his new record definitely made us change. The guy rocks and his music will surely please any music fan. Check this out!

Hi Robert, how are you? Your new album “Brighter Days” was recorded by Dave Cobb. How did you/him make the choice to go back to church music as said?

Robert Randolph: I’m great! It’s just for me to go back to the roots. It’s gospel, blues and mixing it together. Just music that will always inspire people to feel good. That’s really what the gospel is.

Comparing to your previous records, it’s kind of a “back to the roots”. Is there any link with the title too? What does “Brighter Days” mean here?

Robert: Yes. Like today is kind of a dark time with so many people depressed, but also a lot of hate going around and a lot of bad vibes going around. I just want to let everybody know that brighter days are right around the corner. Actually you have to learn to set the brighter days and don’t pay attention to the negatives. Music is something that brings us all together. It helps people heal and the whole world heal too. That’s like the key.

You started playing lap steel guitar since you’re 17. How did it happen?

And what about singing? How were you introduced to it? Did you sing in the church’s choir maybe?

Robert: We never sing in the church choir. My whole family is a big singing family. So on my records, my sister’s singing, my other cousin’s singing, we have choir so it’s kind of a collective thing but always have to play with the singer’s sing.

But in your case, you singing, how did that start at first?

Robert: It was this guy named Henry Nelson. They would play and he would start to make only sounds like a singer and it was just that.

You wrote “Baptize Me” on the first day in the studio. How’s your working process like? Do you demo? Is it always jams right in the studio?

Robert: Every day I start with a riff or something and after that we just kind of do, writing songs and choruses. But this one, we wanted to really give the song, with messages. We wanted to be able to let people groove and then give rhythms and something bluesy but also have those gospel. Sometimes when I say gospel, it really means good word. We want to give somebody something, inspirational word. That’s really what it was. Everybody in their sense can get their own. That’s why we say “the gospel according to”. People sing to forget that. It’s really learning all those things I’ve learnt in church. You learn so much: confidence, speak up, love. And musically we’ve learnt so much from certain rhythms, playing notes and connect to it soulfully.

Lyric wise, are they mainly related to faith and religion? Or not only? What do you intend through those? What are you looking for? Sharing those.

Robert: Lyrically, like I said, I just want to be able to inspire people and have these stories. Because there’s so many stories. For example “Second Hand Man”, it’s about a guy willing to be the second hand man, playing along this game. Then when he’s getting back to the song he says “dumbass, man, you know you should have been better” but all of these messages are really about looking deep down and understand. But by any of these songs, those messages, will lead you to the brighter days.

At this time music is the universal language. One language where it brings people of all different religions, colors, backgrounds and everybody is just clapping and dancing. You feel somehow connected to God above. That’s really the thing. Think about a band like The Beatles. Who love The Beatles? Everybody. Christian, Jew, Muslim. That’s what music does, that universal connection. Music brings us all together. So when you’re talking about inspirational music and songs that we’ll live on forever, I’d like to be known as that guy that make timeless music that’ll stick around forever.

What’s your top 3 track for your new record? And why.

“Have Mercy”: because it’s a direct connection with the choir. Also because it’s kind of slow but not really, it’s midtempo but has transitions, big choir but that song is a song for someone who made a mistake and don’t know their way out.

“Don’t Fight It”: It’s a gospel version of what we’d normally do in church. The whole stops and starts. Giving a sort of a preaching message, don’t fight the feeling man. If you feel good, just go with it.

“Cut Em Loose”: So it’s “cut em loose” from the problems. Whatever is holding you down, bringing you down in life.

How did you have the click, back in the days, to go and play club shows?

Robert: I knew there was a bigger message and a bigger calling in what we were doing in our church. What we were playing in church is being going on for a hundred years. My great grandparents growing, watching the lap steel guitar, grandparents, my parents so that’s just the way it always been. But you’d only knew about sacred steel inside the church and nowhere else. For me, it was a way to take it out.

It reminds me a fun story. Eric Clapton took us on tour. The first time we’ve been to Europe, we were young, we didn’t know what to do and cellphones were expensive, it wasn’t like now. It cost you $10 for a call. (laughs) It’s funny because the first time we played Europe with him, once we were back, our phones bills were like $2,000. (laughs)

You had many guests such as Clapton or Santana, any dream guest?

Robert: I got so many people. Dream guest? Now I guess it would be… everybody is dead now. But I’ll say Stevie Wonder. I’d like to jam with the Queen band.

Hey! Do a track with Drake! (laughs)

I played on country records, R’n’B records but not hip hop yet. I worked with hip hop producers though. Not a lot of people know but I recorded a song with Ozzy.

How would you define the feeling you have playing the lap steel guitar? Comparing to a regular guitar.

We guess you’re involved in your community, do you teach this instrument to kids?

Robert: No I don’t teach but I donate to music schools and stuff, localy. I donate to churches, I go speak to a lot of kids but I’m too ADD (ed. attention deficit disorder) to teach anybody. I’ll just them to go home and practice for hours. (laughs)

What do you listen to usually? Are you a music nerd?

Robert: Most of the time, Stevie Ray Vaughan, Led Zeppelin, James Brown, The Allman Brothers, Cream, Great Van Fleet. (laughs) Queen, that’s my new one. I saw the movie “Bohemian Rhapsody”, it’s the best movie ever right? I just hated Queen before that, well not hate but I wasn’t a fan of Queen. That wasn’t really my thing. After the movie, I got it. That’s like “wow”. I think it’s the best music movie out there, better than the Ray Charles movie. How can you not be a fan after watching “Bohemian Rhapsody” especialy if you’re a musician! That’s so special and never is gonna be able to do that again, ever. No one will mix opera and rock n’roll like that. And they weren’t just making songs, they were making anthems and they’re all different too. I was blown away.

Finally we’re “RockUrLife” so what rocks your life Robert?

Did you have some today?

Robert: Not yet! (laughs) Any minute now! I want a croissant and some wine before I go! I’m going to London tonight and I don’t really like fish and chips. (laughs) 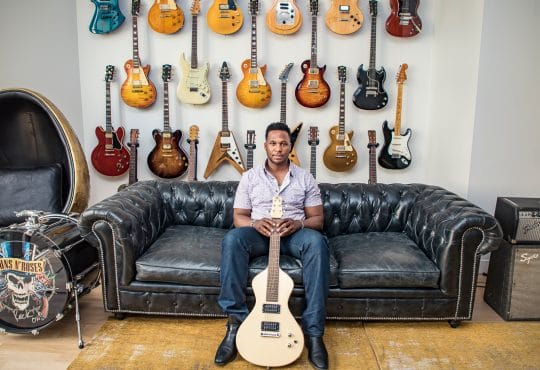 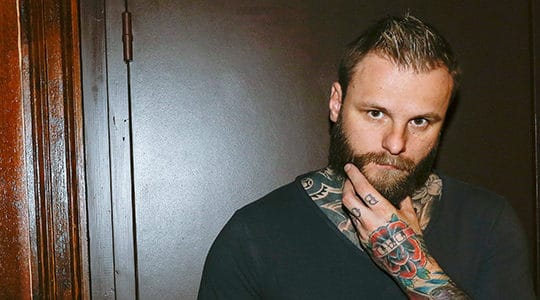 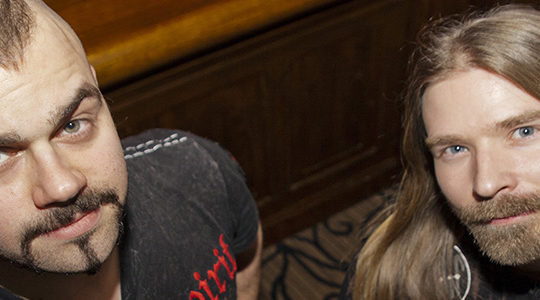 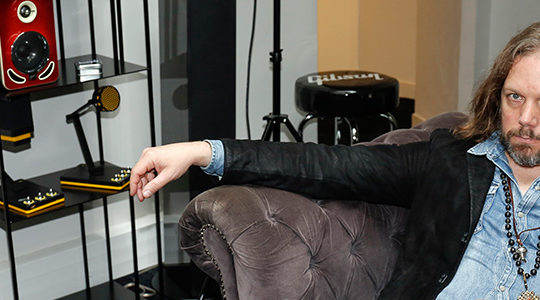