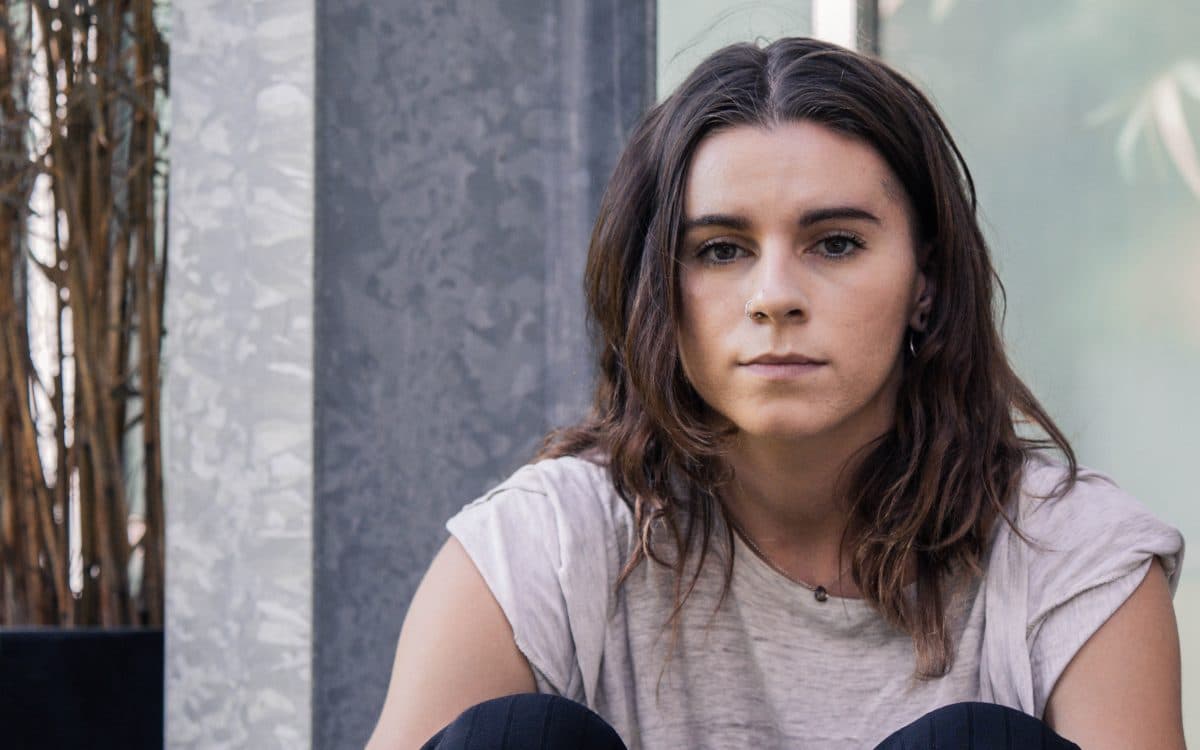 Right before their Paris show at the Nouveau Casino, Lynn Gunn opened up to RockUrLife about her inspirations behind PVRIS’ new EP, “Hallucinations”, as well as the pressure to always do better.

How are you feeling? Are you excited to be here and play a show for your french fans?

Lynn Gunn (vocals): Totally! I mean, the last time we were here was about a year and a half ago. So we’re excited to be back!

You’ve always had a special bond with your french fans. How do you explain that?

Lynn: I don’t know. I feel like it’s magic! I feel like people are especially particular here with music, so I feel like we just got lucky. We’re very grateful ’cause I know it’s hard for a lot of other artists.

Do you think there’s a link with the fact that you’re called PVRIS?

Lynn: Maybe! You almost think it would be the opposite: it would make it more difficult.

You kind of did everything on the upcoming EP “Hallucinations” from writing the lyrics to co-producing it. How was the experience?

Lynn: It was awesome! Creativity-wise, our process for making music has been different from how it has been in the past. Just teaming up with new collaborators, trying new ways of working, with a lot of trials and errors, a lot of experimenting. But yeah, we found a good group of people that have been good to work with. Our producer JT Daly has been one at the forefront of it and has been awesome to work with. He’s very supportive and just always has great opinions and ideas.

Did Alex and Brian take part of it in any way?

Lynn: This time around no. Everybody’s kind of going through a lot of personal stuff, that’s been so hectic. Just the way that the process was going, with things being made was that they had to be made very quickly and on the fly. A lot of things were tracked as we were writing. I wish we had enough time to bring them in to track, because we would have, obviously, but a lot of things were on very very tight schedules. Unfortunately.

If you had to use one word to describe the EP, what would it be and why?

Lynn: Only one word?

Lynn: Diverse, I guess! I think it’s just different. We’ve always kind of done it this way making sure there’s just a kind of diversity with the songs.

And what about the album? Is it ready yet?

Lynn: I can’t even say it! (laughs) Not yet, it’s still very much being explored and figured out. But that’s the fun part! There are ideas going around but I just don’t want to reveal anything.

Do you feel the pressure to do better than your previous music?

So you don’t just go with the flow? You keep in mind the fact that you had success with your music before? It must be very stressful.

Lynn: In some ways, yes. I feel like I always just want to improve in all aspects: as a performer, as a person, as a writer, and just like everything. In every aspects of my life, I want to be progressing, moving forward, growing and changing. So there’s that pressure that I put on myself.

But as far as music and creating, there’s not a lot of pressure on that. I don’t think there should ever be pressure on that, other than, like, trying to make it something that you enjoy and something that you’re proud of. So there’s your own pressure you put on yourself, but it’s a fine balance of pushing yourself but also kind of surrendering and letting go, in order to be open to whatever is supposed to come through.

Your audience often asks you to collaborate with other artists, is it something that you plan on doing in the future?

Lynn: Totally! We’re just looking for a really good collaboration. I feel like it has to stand for something real and there needs to be excitement on both parties.

In your videos the “Uroboros” (ie: the snake symbol) seems to be omnipresent. In what way does it resonate with PVRIS?

Lynn: It just has been a theme in the last two years or so. I’ve always seen snake designs everywhere and I got the tattoos on my left and right arms before it started actually. I like to pay attention to the signs around me and there’s something to the snake.

During that time I also read this book called “The Cosmic Serpent” which is basically a really long essay on the correlations between shamanism, mysticism, drugs with molecular biology and very hard scientific structures, theories. And he (ie: the author Jeremy Narby) kind of finds a way to intertwine them. That book is really cool to read for me because I definitely believe that those two things go hand in hand. I think the evidence is out there to connect but not enough people are connecting it. So yeah, I love snakes because of that and just in general.

Your visual identity seems to be strongly influenced by the occult. Do you have specific inspirations? Where do you find your ideas from?

Lynn: Yeah, I mean just life! I’ve always been really drawn to it (the occult) and all my friends are into the same stuff so that’s just a natural thing that’s around. As weird as that sounds, it’s not like dark or bad. (laughs)

Do you have any new hobbies apart from music that you take time to explore?

Lynn: Yeah! It’s not really a hobby but I’ve been taking it seriously lately: just fitness and wellness. I’ve came across a lot of health issues last year while we were off tour, so it gave me time to be able to jump into that and take care of my body. At the moment, I really put that at the forefront of things.

It’s important because you spend a lot of time on the road.

…And it’s important to keep being fit and healthy!

Lynn: It was good to make into a habit to bring out on tour!

What’s the one song or album you play on repeat at the moment?

Lynn: The production is just really slick and appealing to listen to. It’s just very satisfying. The songs are really cool to drive to. I just moved to Los Angeles, so I’m doing a lot of driving. And it’s very good driving music. That’s what gets me through traffic!

Last but not least: we’re “RockUrLife”, so what rocks your life? 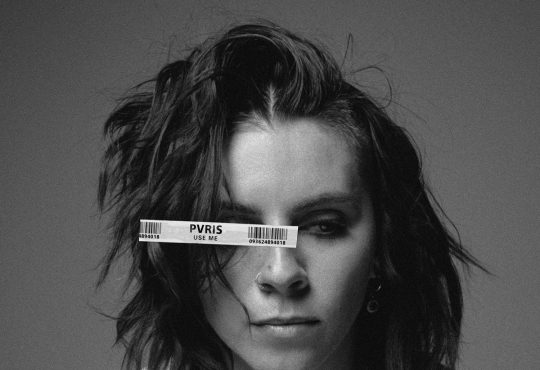 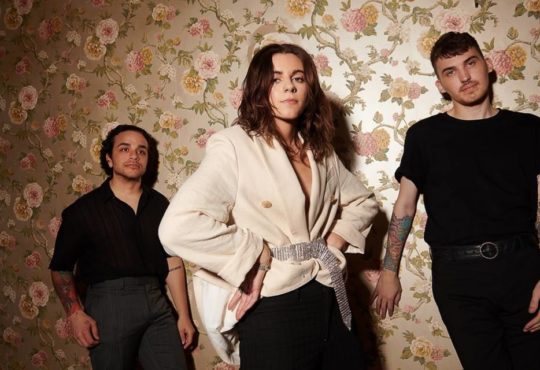 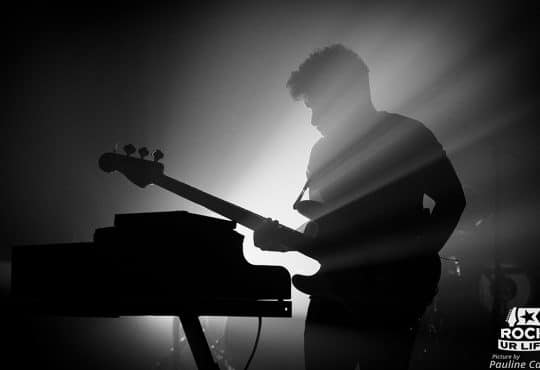 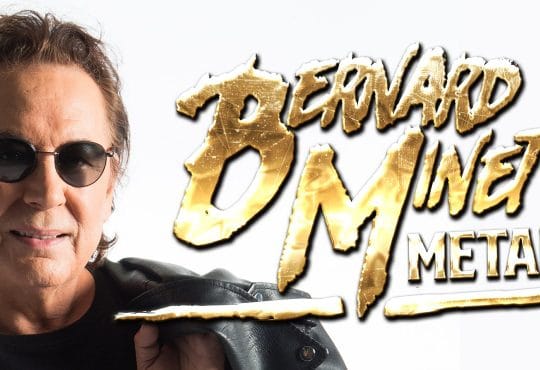 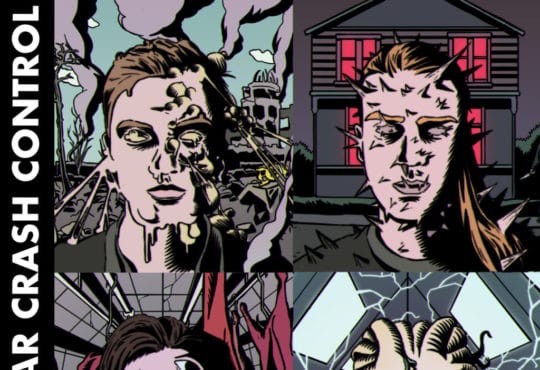