Before the band’s first French show on March 15th at Divan Du Monde, frontwoman Otep Shamaya was in Paris on a Sunday evening at Black Dog.

Hi, how are you? Is it your first time in Paris, did you have time to visit?

So you didn’t have the chance to see the Eiffel Tower yet?

You’re coming back in March to do a concert here. How did you manage to do a show here, organized by an independant structure?

O: We have a new booking agent who I guessed figured it out. We’ve been trying to play here for a long time but I was very outspoken against the United States the government during the Bush administration and they put me on a no flight list so there was certain countries I could not go to. That took 2 years to get liberated. So now we’re good and, we’re excited to come play here.

What do you expect from the French crowd?

We saw your last music video and you said it was inspired by “American Horror Story” and “The Walking Dead”. How did you come up with the ideas?

O: Me and the director. We had a lot of fun. We did it in a single day, we shot it in an abandoned haunted hospital.

It was a asylum right?

O: Yes, yes it was and it’s like paranormal, creepy shows that go there, to investigate and they find these things. When we were there, crazy things happened to us. It was a hospital during the war and they had those cribs with cages for babies that, I guess, need help. There was just our crew and we heard screaming in the far when we went there, you heard footsteps behind you.

Do you believe in supernatural now then?

O: I believe in something. Stars are just protons, if the star doesn’t exist anymore the light still reach us so maybe that’s what is here, in this hospital.

Like our soul that stays when we’re gone? That’s creepy!

O: Yes, it had to be! It gave a sens to all the actors and all the people that we had working with aside, there’s friends of me that came, I think it even helped them to get in the spirit of the video. 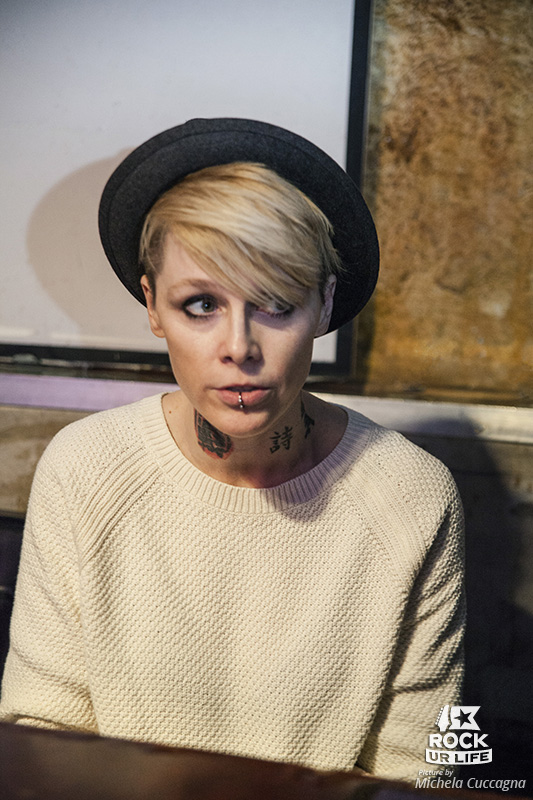 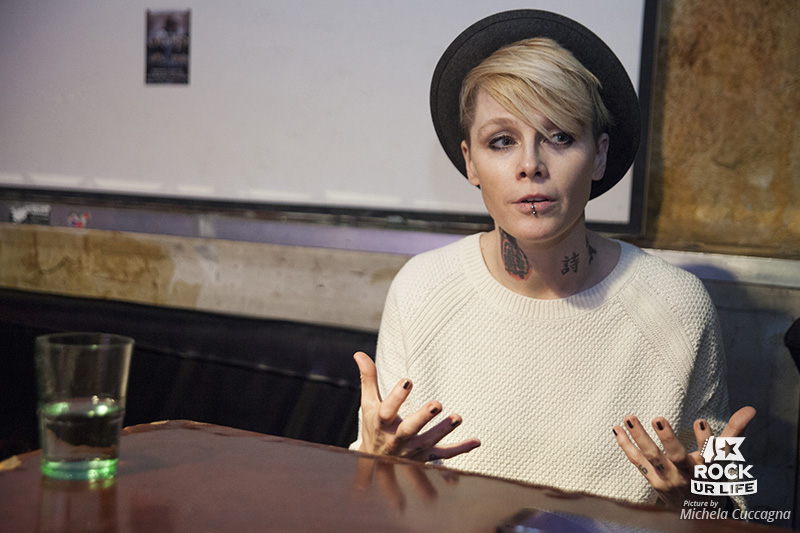 There was this creepy atmosphere during the shoot, we can see than in the video! So, I went through the comments on this video and people were more shocked by the fact that there’s lesbianism over violence…

O: That is part of the reason why I made this video that way, because I wanted people to see somehow why we’re so offended by love and not by violence and most people, well a large portion of them still get that idea, they’re still offended by love. Same-sex love, no matter what it is, they’re offended by that. That’s typically american too, we embrace violence in our country. We keep, I guess, love, and sexuality, at its instinct and I wanted to confront that with people.

I read that you’re an activist for the LGBT. Same-sex marriage has been legal in France since 2013…

Yes, that was really great. So, as of now, only 17 countries allow it. What are you thoughts on this?

O: Well, bravo, bravo! It’s sad, you know, because as an American, you know our country there’s still an idea that there’s freedom for everyone, but we never reach that. When we started this country, the founding Fathers, they owned slaves, women didn’t have the right to vote, women didn’t have the right in our country until 1920. And we based on the idea that all humans are created equal EXCEPT women, blacks, minorities, the natives that we stole the land from… In fact there’s still a derogatory about natives american in our constitution, they call them red savages which is like yeah… So in America right now it’s legal in certainly 8 states to fire someone for being gay. If your employer find out that you’re gay, they can fire you. No matter how great you are at your job, they can fire you for that and they have the legal right to do that. That’s crazy. And we don’t have a national or federal law that protects same-sex marriage. So, for example in New York or California it’s legal to be married to same-sex but if you go to Texas it’s illegal, even if you’re married it’s illegal here, you don’t have any right to each other, healthcare, nothing. So, we are still fighting for that. And, again, when it come to another country than out America, you see the difference. Especially when you come from a country like America that says we stand for the freedom of all people but they don’t, you know, or some people don’t. It is still struggling with that identity. So, we’re getting better, we’re getting closer to it, we’re making great progress.

I think it’s really great to have some inspiring women like you working in the music industry. What is it like to impose yourself in an industry dominated by men?

O: Thank you! I don’t know, because I don’t really see myself as “I’m a woman doing this”. I’m Otep, I’m an individual.

But we guess that people are remaindering you that you’re a woman.

O: Yes, when they do remind me of that I quickly remind them that what I’m doing as well are you are if not better. So what does that say about the way you think or you perception of the world are usually based on fear about superiority, they need something to be superior to. I never expected to be in a position where I had influence, I thought I was gonna right some songs, right music and, you know, I’m very proud of that, I’m taken very seriously, that’s why for me this is very important, I don’t see it that way.

What do you think of the female singers that seem to focus more on their appearance than on their music?

O: It is unfortunate, I don’t consider them to be in the same league, they’re in another place, like clowns.

O: That’s a good question. There’s a band called Dead Sara, they’re not a metal band, they’re a rock band. They’re a good band, really talented. There’s a lot of bands out there that I think are doing well without being unrespectful of themselves, but the one that are, you know you can see it, they sometimes get more opportunities that the rest because they’re cheaping themselves, in the music, in the art, in everything and the music industry just chose what they’re wearing, what they’re showing and, you know, I don’t know. I can walk to a strip club and see that, but I don’t want to ! But what I’m saying is that I don’t understand the appeal. 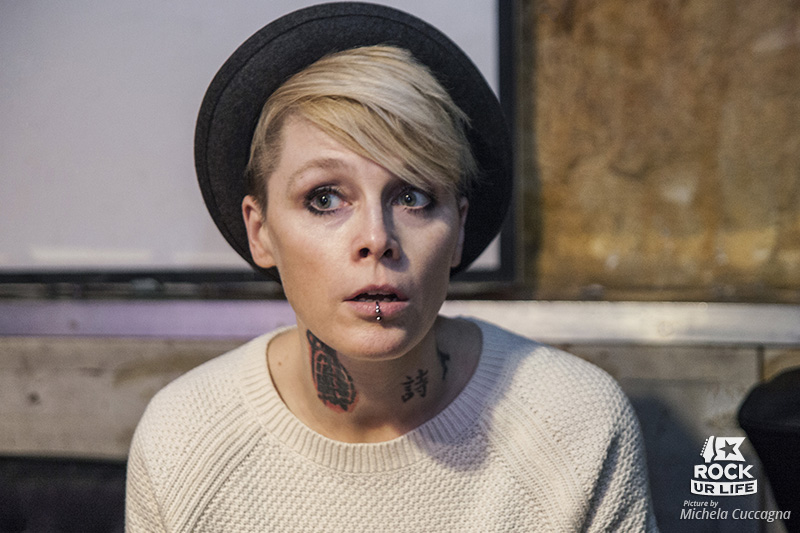 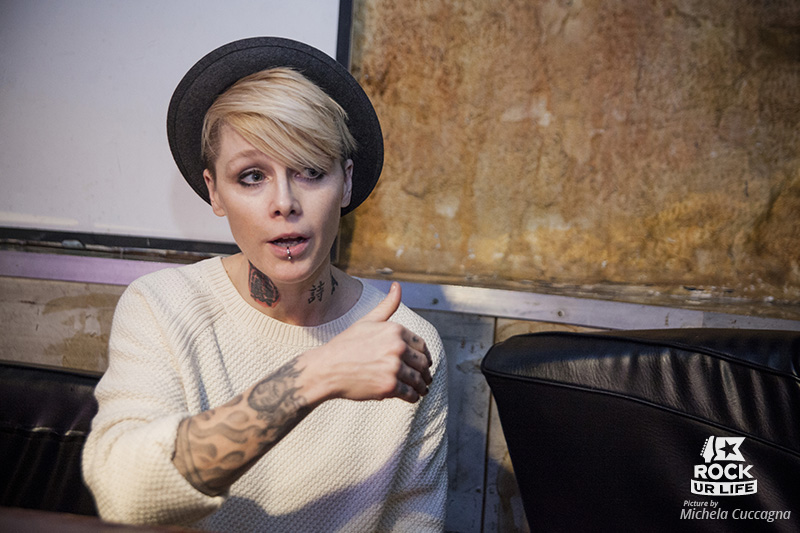 Let’s talk about “Hydra”, your last record. How was the writing process like?

O: It was different from previous albums, because I created a character, Hydra is a character I created. So I was inside her mind, writing the songs from her perspective but they were still my words. It was very strange, almost maybe that actors do when they are acting, they don’t leave the character they always stay in the character. So I enjoyed it, I did a lot of research on serial killers which was kind of hard on my mind. To listen to sociopaths talk about, how they don’t really care about humans, I listened to a lot of recording and interview, really difficult, lot of research on that. And, I don’t know, it was a dark time, we wrote the record really quickly, in 5 weeks and we recorded it in 5 weeks. I stayed in that world as long as I could and I’m very proud of that.

And why did you choose to be in that serial killers’ world?

O: I wrote a book, based on her called “None Shall Sleep” and when I started writing the songs I noticed that a lot of what was being said reminding me of the book. So I thought she sort of lived here and wanted to exist.

O: Yeah a little bit, that dark side. She only haunts bad people, you know. Not like the others, they have this sort of audacity to think that they have the right to hurt other people, so mostly bullies and other serial killers but she kind of hurt her own kind.

I know that you are also a poet, did the french poetry ever inspire you?

O: Baudelaire, am I saying that right? “Flowers Of Evil”, Rimbault… They were very informational to me. They didn’t look past the violence in the world and the evil in it, they were trying to embrace it.

Do you think that your next record is going to be a concept album like “Hydra” is?

O: I think so. A lot of people have been asking me to do another one. We’ve only written two concept records, “House Of Secrets” and “Hydra” so it’s probably time for another one.

Do you prefer recording or touring?

O: Recording. I love playing live but touring is difficult, it was exciting in the beginning, going to all these places and all of that. But then, you know, it’s hard to leave home, it’s hard to leave your loved ones for a long period of time. I’ve been doing this for years, but I love to play. If I could build a teleporter..! But, recording and touring are two different process. Recording is very internal. Recording and writing is very intimate, it’s quiet and you need a lot of private space. 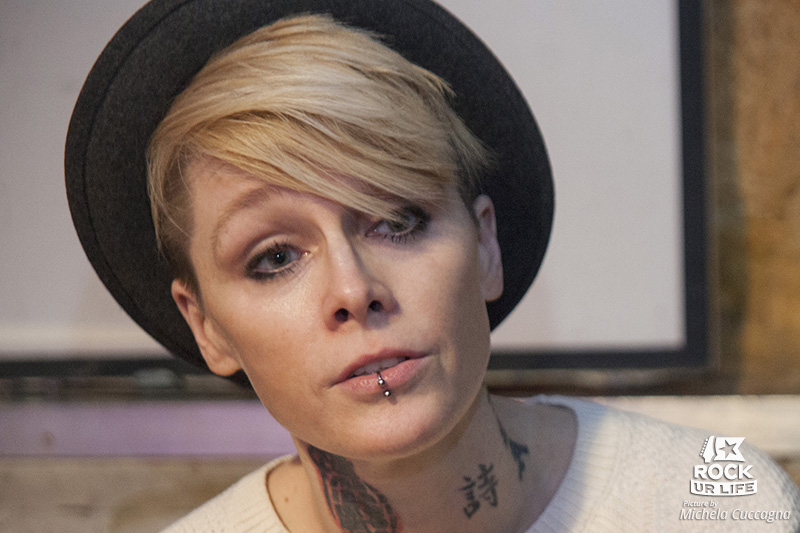 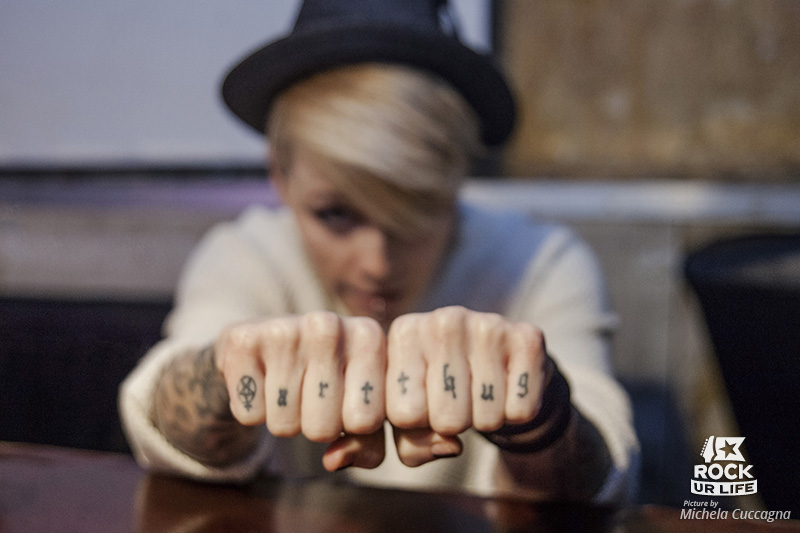 Last question, our website is called “RockUrLife” so what rocks your life?

O: What rocks my life, it’s a good question. I think, you know, finding good people in your life is so rare so when you find someone that is a good person and brings value to your moral, it changes everything, it changed your whole perspective. So I think it’s very important to surround yourself with good people. 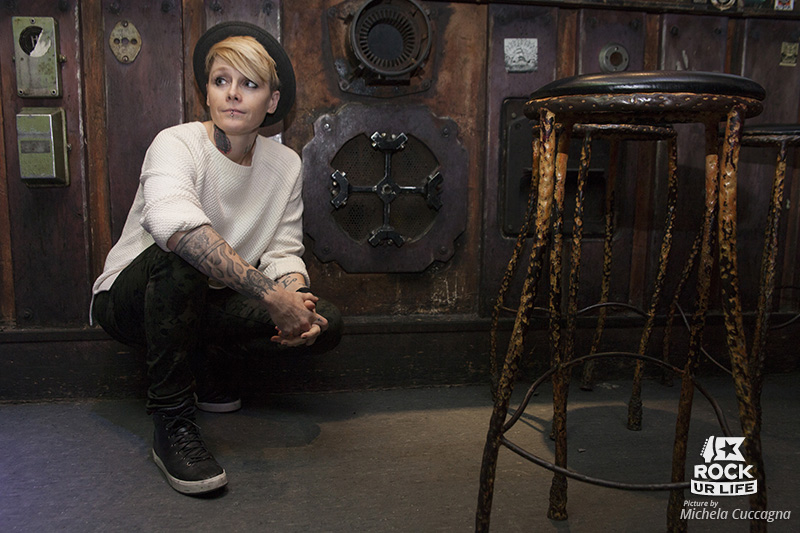 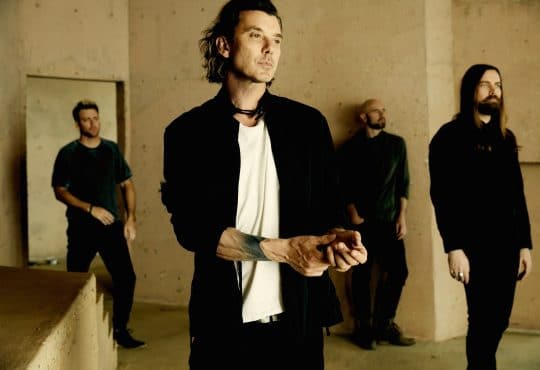 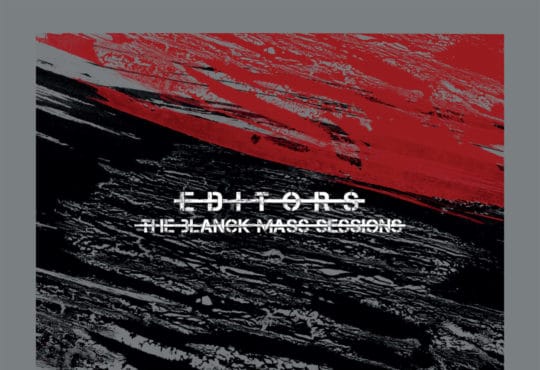 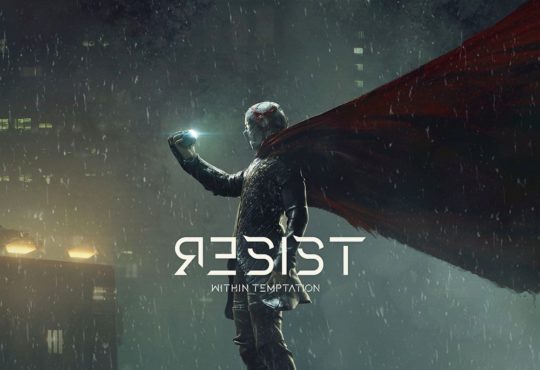 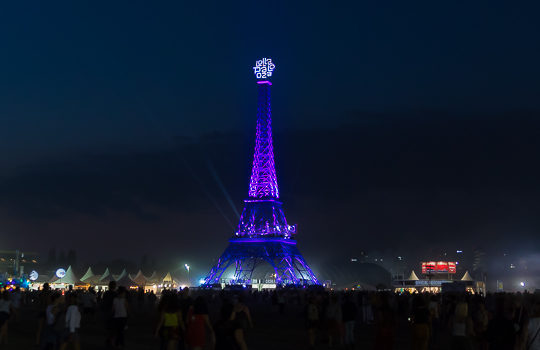