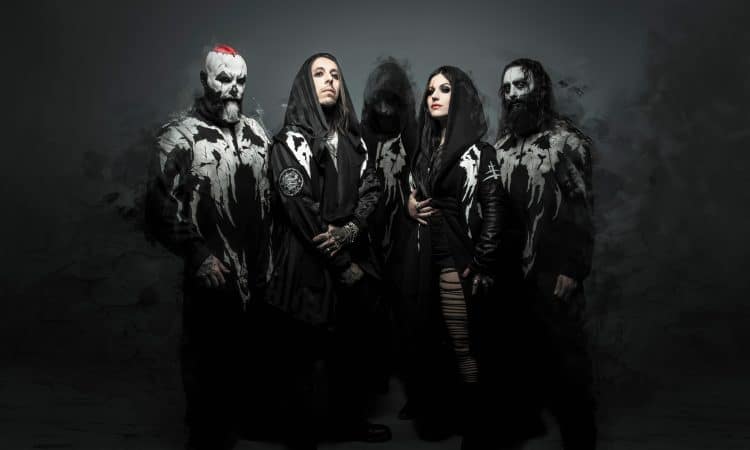 Italian gothic/metal band Lacuna Coil is releasing a brand new record this year. What’s the matter with “Black Anima”? Where does it go? Lets find out with Andrea Ferro!

Hello Andrea, how are you?

Andrea Ferro (vocals): I’m good! Just came back from holidays in the south of Italy and now we’re doing this promo trip in Europe. We already did some in America in July, because we played a couple of shows. And right after this promo we’re going back to America to start the tour and go ’til Christmas.

Your ninth album is coming next month. First, can you explain us the idea behind the title? How you come up with those two words?

Andrea: I usually like to combine a Latin word with an English word, not always, I had this title already in my list and I really liked the way it sounded. It’s a generic image but it fits really well to our usual mood. I proposed it to Marco and Cristina, they both liked it. Then, while thinking about the concept for the album.

So you had the title before working on it?

Andrea: Yes. It was one of the first thing that came up. Marco already had a few ideas but we needed more for the concept and the visuals, to keep working on the music and its direction. When we work on lyrics with Cristina, we usually talk about what happened the years before, between the albums. That’s the main source of inspiration but we also write more openly where everbody can have some inputs. But for us, it’s easier to know what we’re writing about. To create a story from scratch, that’s really hard for us because that could be fake or generic in the end, that’s not something we like. We’re more about the feelings from our lives, our experiences.

The past three/four years were hard. Some lost their parents, friends. But it’s normal, it’s life, the more you grow up, this will be more common. We decided to talk how painful those tragic events actually teach you about who you are or who you’re gonna be. So we wanted to communicate that it’s okay to suffer, not always being a nice person or perfect. You have to accept it, to live with it and make it better if you have the opportunity.

We thought “Black Anima” was a good way to represent these vast feelings. All the songs aren’t part of one topic but they all have the same mood and vibe. Cristina’s intro is a way to introduce us those. And I thought maybe we could present the album like a book, where you get to know with the souls that are in us, around us. Plus I read a book “The Physics Of Angels”, written by a priest and a scientist, they both analyze the figures of angels, spirits, ghosts in History. Why it became sacred or just some kind of energy for some people. All of this is very interesting and we decided to put up all together. So the concept asked a lot of work and visuals. While writing lyrics and the music, we also think of the videos, the stage clothes etc. We had a tied full package and we’re ready for it now.

Saying that, what’s the link with the artwork?

Andrea: The design of the symbol is based on a sketch from Marco. We worked with a guy who designs tarot cards -which will be in the special edition- he refined the drawing in his own style. But the original one takes inspiration from our city’s symbol, one of the two families running Milano. And by having the dragon with our logo, it’s like a cool emblem or symbol. We wanted something a bit esoteric, also with the font looking like runes but not really.

How was the writing process like? As always or new mechanisms? What about new inputs apart from you three? Like Diego for example.

Andrea: Besides doing the arrangements later, Diego brought a riff that we used for “Under The Surface” and it became the main riff of it. He brought a lot of stuff, it was his first time writing for us and even for a bigger band. He’s kind of learning lets say. That one made it because we had enough time to develop it, we found the vocals pretty quickly. He’ll bring more stuff in the future but obviously the core of the band is Cristina, Marco and me so the mechanism is kind of the same. Marco brings the music, we bring some vocal lines, we exchange, cut etc. and we finalize it all together. 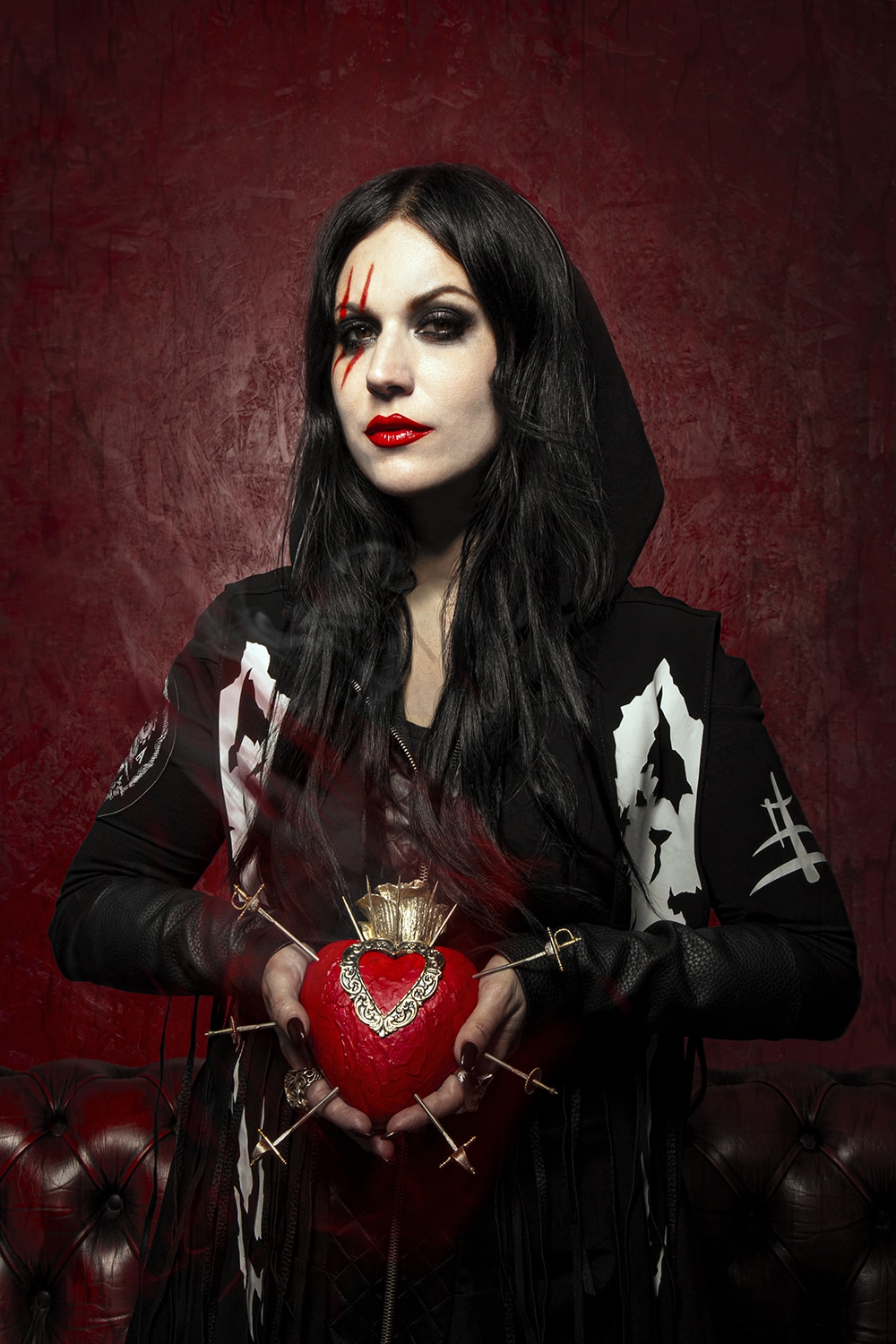 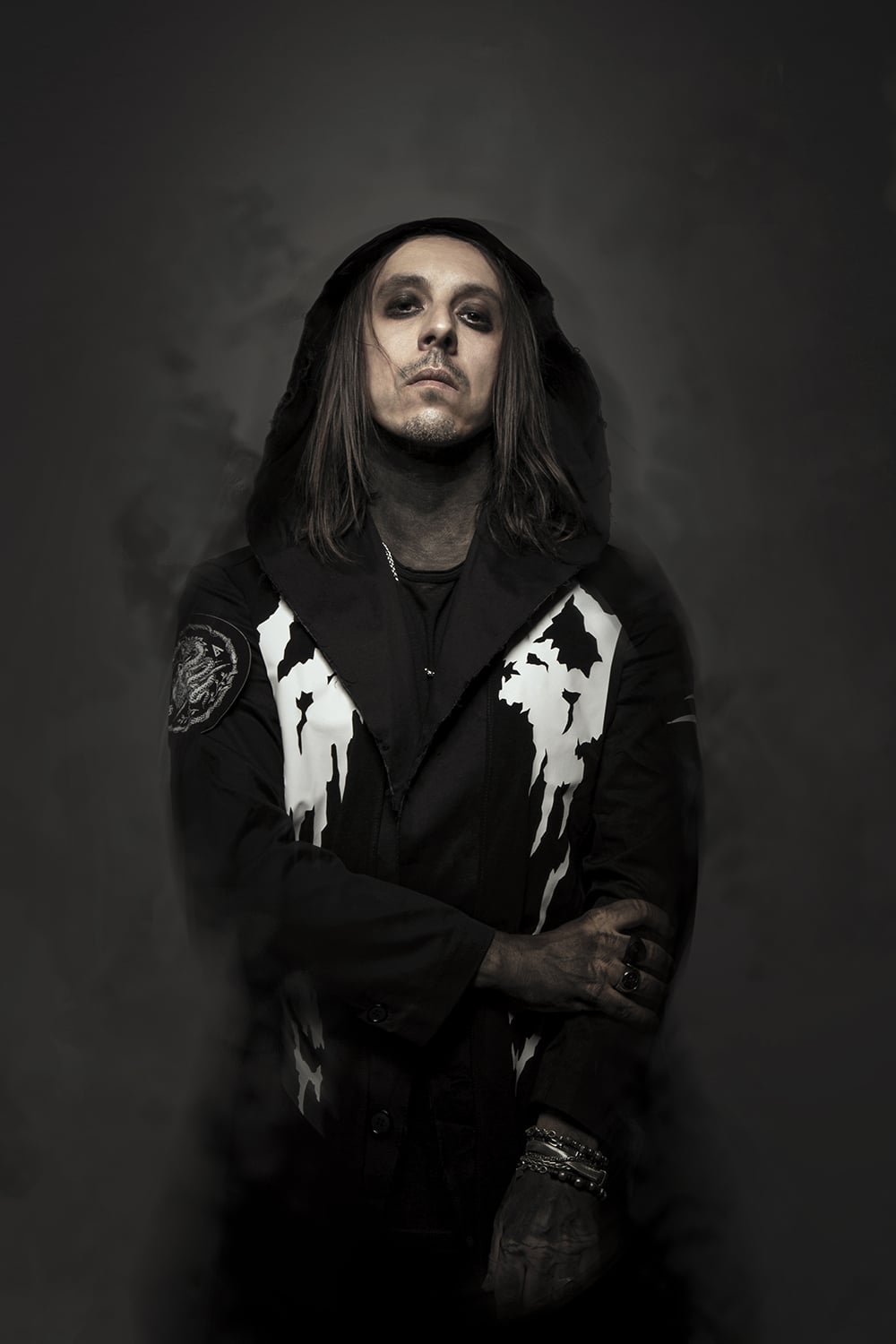 How do you work on the vocals? Is it a mutal collaboration with Cristina? Does one complete the other? Who bring the first idea about the melodies?

Andrea: Marco gives us the music and we work separately. Then I bring some ideas to Marco, he has a little home studio in his basement. We meet there like every day. We take a few days and collecte some ideas and then go to him, listen together and decide what we keep and rerecord as a demo version still. Sometimes my ideas fit better for Cristina maybe because it’s to high or low, not enough energetic, I don’t know. We try and it’s very democratic. We always do for the best. I think it’s a good team effort.

Is it kind of a journey? Finishing with the title track.

Andrea: Yes we wanted to have an intro and an outro. Like I said, it’s kind of a book. There’s a kind of a time frame for the music. Although it’s not one story that we tell from the beginning to the end. We start with this closed intro that develop before the “we are the Anima” where the action starts. It is a sort of a journey when you listen to it.

The first single is “Layers Of Time”. Why this choice? Is it a good representation of the record?

Andrea: We had different options. We talked with the label, the management. Always a lot to discuss. We had three choices. For example for the “Delirium” (2016), we put out a pretty heavy song with “The House Of Shame” and that shocked a lot of people because that “wasn’t us” but it worked very well. This time, should we do it again? Maybe not. This time, either we start with something new like “Veneficium” or something more representing the whole album. The two songs were “Layers Of Time” and “Under The Surface”. The first one was finally the most convincing one for everyone so we went with it. And I think it’s a good choice, it’s heavy but not completely, when Cristina sings it goes back to some atmospheres, so it’s Lacuna Coil but also new.

How did you establish the tracklist? That’s usually a hard task.

Andrea: Yes that’s hard but what’s harder is to leave out the bonus tracks. Even if you know that they aren’t as stricking as some other songs, but for us, it’s our songs. It’s always hard even if you know they’ll be released but once it’s a bonus, it’s never the same.

Obviously the order is a bit having an intro, we knew we had to put something speeding up and stricking so we decided to do a little bit of up and downs, between heavy and groovy stuff. It was difficult but not as much as the bonus tracks.

In your opinion, which tracks will surprise the fans?

Andrea: Probably “Veneficium” because it’s not something different we’ve done before. Apart from the intro, the rest of the song is doomy, gothic metal almost but people won’t expect us to go back that far. It could be more surprising than some other songs, yes. In general, the outcome of this album is an evolution from “Delirium”, bringing a bit more darkness and variety of songs. But also “The End Is All I Can See” has a different vibe comparing to the rest.

Last year you released “The 119 Show” live. How do you look back at it? Knowing it’s kind of a legacy release celebrating the band.

Andrea: Also the two years before that. The time we reached that, with all the prepartion, the show in London and then the DVD production. Meanwhile we did the book. So those two years were a lot of going back and reflecting on this journey. For the book, we did a lot of interviews, collecting pictures, papers pictures because twenty years ago there was no phone cameras, posters, tour books and stuff. Then for the DVD, we started with 80 songs but we had to choose 25 in the end. It was hard to leave some of it. In the end of the day, I think once we released it, what was special, was to realize apart the success, touring the world etc. it’s the connection we established with the people. What music has been so special, to connect with people, with generations. We also had a kid coming up and saying “I was born because of you” (laughs) because his parents met at our show, got married and had a kid. What we realized after all this production is the fact that’s been such a legacy and that’s the beauty of music. It’ll stay forever.

You did it in New York too. Will you export it more often?

Andrea: We did it briefly but we know we can’t bring the full production we had in London because it’s so expensive. Either we get offered high fees or maybe we could do that in some festivals. But we wanted to celebrate it also in the US because it’s an important market for us, one of the first to actually recognize us. It was very fun to do. We’re thinking, maybe after this album’s cycle, to do another “119 show” maybe with another setlist and maybe somewhere else. Could be France, Germany. We could bring it as a special event. We have some ideas to make it like a “franchise” every certain year, as a big event, but that’s just an idea for now.

There’s also the book about the band. What was the approach? How did you handle your past members in it? Things aren’t always easy.

Andrea: Everybody was really pleased to be part of the book beside Marco “Maus” Biazzi. He didn’t want to be part of it, for his own reasons, and we respect that. But the rest of the guys were happy about it, contacted producers and we could have get more people but it was too much to do. We tried to put as many as possible. Obviously that’s not easy but I think in the end it’s a pretty complete portrait of the band and those twenty years. You’ll always miss something somewhere. But it’s a good quality product in the end.

And our last question! We’re “RockUrLife” so what rock Andrea Ferro’s life?

Andrea: Besides music, I’m a big soccer fan, AC Milan, but it’s not really rocking since a few years, it’s a bit mediocre, so not really rocking. (laughs) Video games a little bit, when I have time I like to play online especially “Fifa” because it’s a quick game, you can find somebody and play right away. I also like other kind of games but I don’t have enough time. Comic books, movies, TV series obviously.

Andrea: My wife never saw “Breaking Bad” so I’m watching it again with here knowing there’s the movie in a few weeks. I’m also watching one from the UK called “Luther” almost like a Batman without a costume. A good guy being also tough and evil. It’s very interesting, I recommand that one! 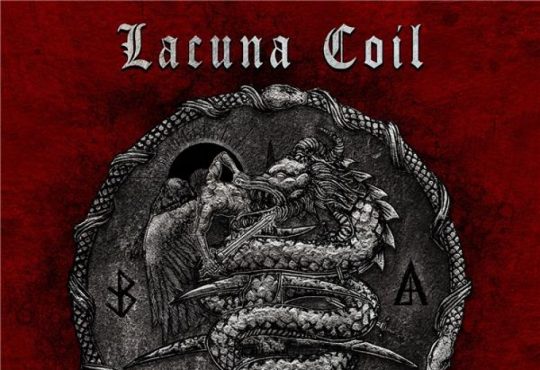 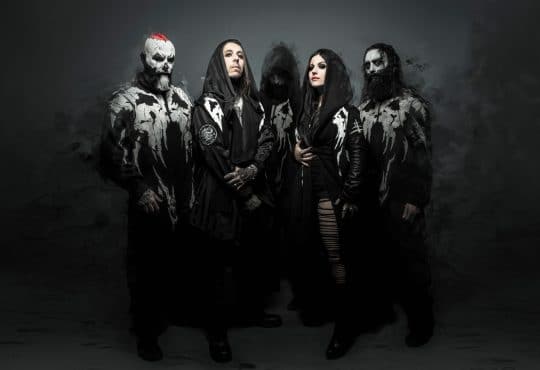 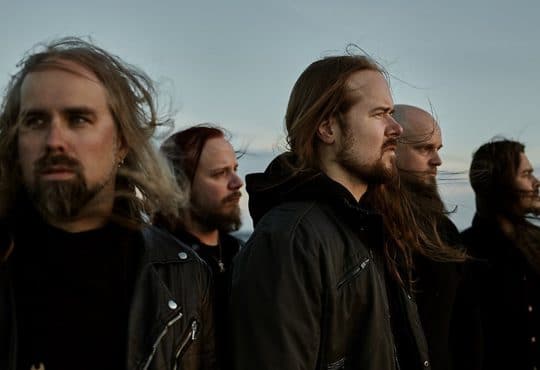 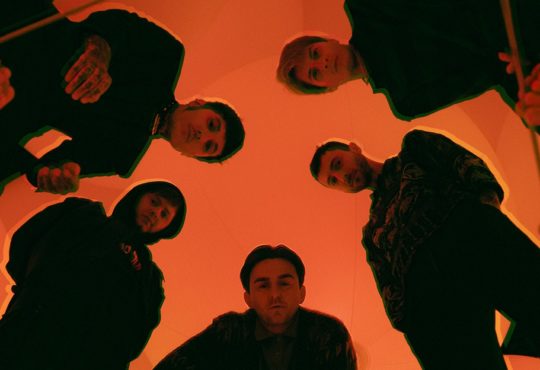 Bring Me The Horizon : nouveau single !