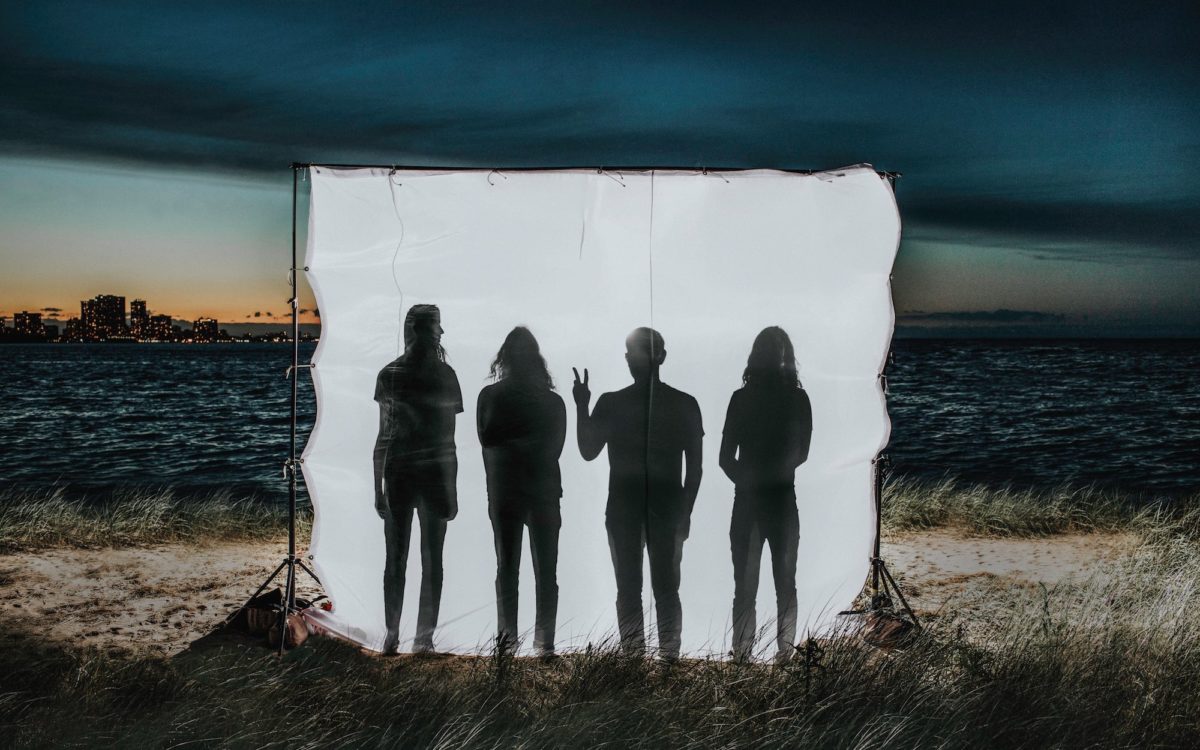 Mike and Kyle, from The Devil Wears Prada, have founded God Alone three years ago now. Their first EP “Low Fire” is out since the end of August and we saw this release as an occasion to talk with them about this new band.

We first heard about this project in The Devil Wears Prada’s documentary, “South Of The City”, back in 2015. Could you tell us how God Alone was created?

Kyle (guitar): God Alone started when I was living in Chicago, in-between bands and working at a few restaurants in the summer of 2013. A friend and fellow co-worker of mine was dating Mike at the time and introduced us at a bar after work. We talked a lot about music and bands. Mike then introduced me to Young Widows, which I fell in love with instantly. We were both really into the idea of starting a band in the vein of their organic, noisy, dark tunes. And so, God Alone (an unnamed project at the time) was born.

What was the main idea behind this project?

Kyle: Mostly Young Widows as stated above, specifically their album, “In And Out Of Youth And Lightness”. However, their entire discography is incredibly inspiring. I think it was also just a chance for Mike and I to explore a creative opportunity.

What are your main influences?

Kyle: That’s tough, but I can tell you what I’m listening to at the moment. Bands like Metz, Wye Oak, King Woman, Big Brave, Viet Cong (now called Preoccupations), Protomartyr, Tom Waits, Cloakroom, Deafheaven, Sumac, Tortoise and Brokeback. Mike’s biggest influences are for sure Nick Cave, Shellac, The Jesus Lizard, Fugazi, etc but he introduces a good chunk of the bands I listen to.

It feels like there is a subject behind each songs of the EP “Low Fire“. Right?

Mike Hranica (vocals/guitar): You are correct, yes. There is no common theme through the songs on the EP. Each song reflects a separate, specific identity.

The Devil Wears Prada was presented as a christian band but, what about God Alone? Why this name for the band? What’s the message behind?

Mike: Labelling religion feels silly, but no, God Alone is not a Christian band. There is a song called “God Alone” by a band called Altar Of Plagues. I really liked the sentiment presented in that song.

It feels like “North Through The Woods” is like an homage to Chicago? How much is this city important to you guys?

Mike: Much of my work is an homage to Chicago, although the theme of “North Through The Woods” is escaping the city due to an abusive, violent relationship. Chicago is very important to all of my creative endeavors: whether fiction, poetry, God Alone, or TDWP.

Who is behind the artwork? What was the idea for this picture?

Mike: Nick Fisher, also known as Sick Fisher, painted the the cover artwork. He’s an outstanding artist here in Chicago. I wanted a sort of abstract, psychedelic depiction of hell.

You are going to make some concerts at the end of the month, do you want to tour with this band?

Kyle: We did nine shows in ten days around the midwest with our friends in Belonger and Neaux, both bands absolutely rule. Touring is very much a part of what God Alone wants to be doing and will be doing.

Is this EP a one shot or do you want to release an album or some other songs?

Kyle: Mike and I have been writing and recording demos for the last three and a half years. We’ve been writing new songs with our bass player Pip and our drummer Quinn recently. We will absolutely release more music in due time.

Last but not least, our website is called “RockUrLife” so, what rocks your life? 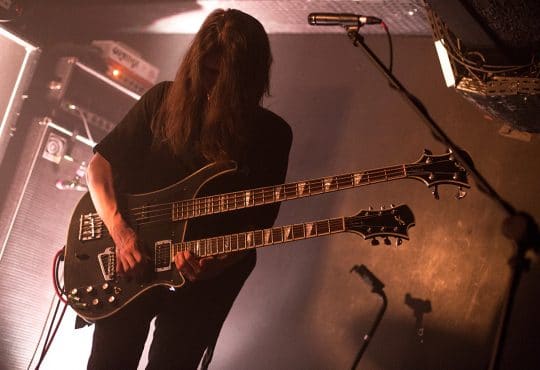 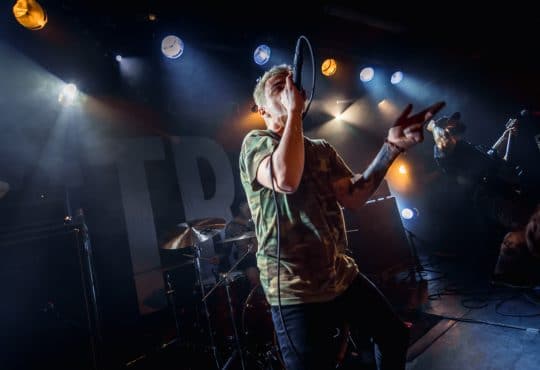 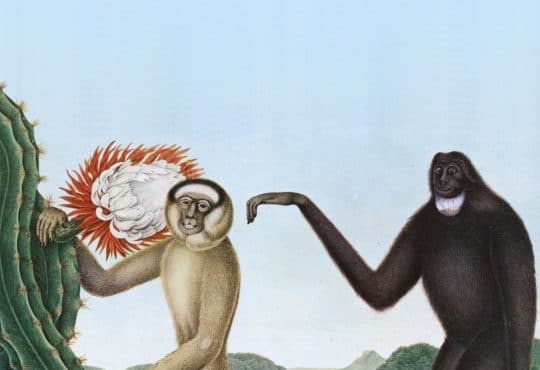 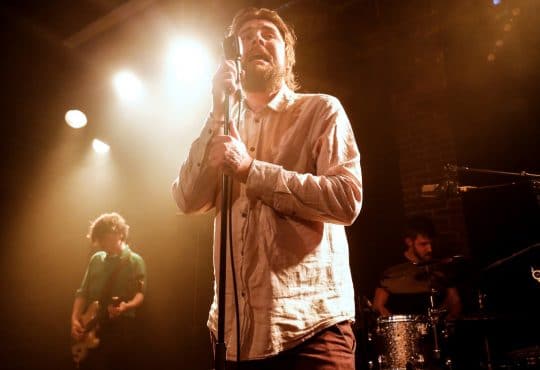 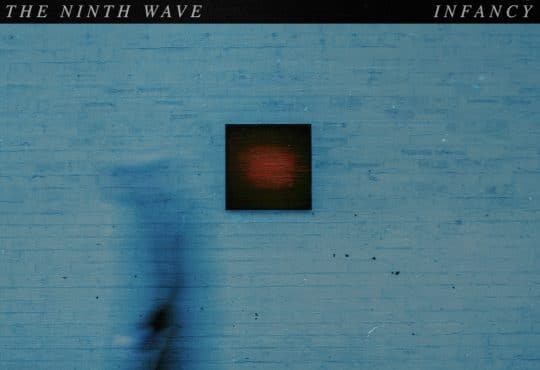 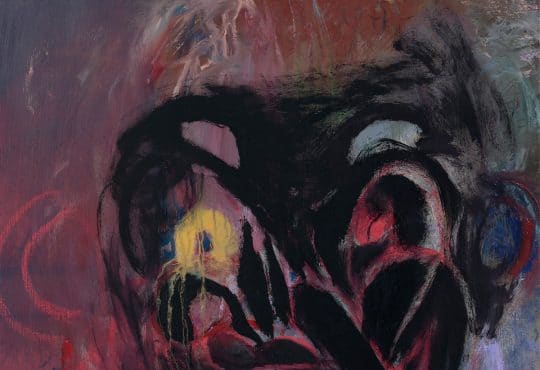 ALIA @ O’sullivans Backstage by the Mill