A few weeks after the release of “Modern Ruin”, we had the opportunity to talk with the amazing Frank Carter. While he was on tour with Biffy Clyro, we talked about this new record, his wonderful suits and his look upon his career with him. Let’s go!

To start, we really want to know where do you find your awesome shirts and suits?

Frank Carter: (laughs) I go to shopping a lot. The last suit I was wearing is from Gucci and the suit I’m wearing now is from The Kooples.

We already met for the release of the first Rattlesnakes record and, what a success since this time! How can you explain what happened?

Frank: I have no idea! It’s been a blur to be honest. It’s amazing but I think people really connected with our songs. We just got really lucky. I mean, this sort of game is all about timing, having good songs and a bit of luck. And luckily, we have some great songs. The timing was right and people just really got on board. So it’s gone way quicker that we could ever thought. But, it’s building in the right way now.

We read that “Modern Ruin” was ready in January 2016. That means, less than six months after “Blossom”’s release. Why did wrote the next chapter that quick?

Frank: I don’t know, we had the songs, we had the passion, we had the drive, we just really want to get moving on it. It was to make a quick shift in the direction so early on. We didn’t want to anyone locked us in one kind of sound. These two albums make a kind of the first platform. It’s like the two parts of one platform.

With “Blossom”, people were happy to see you playing hardcore songs again but “Modern Ruin” did not continue in that way. Why did you change that quick?

Frank: Like I said, we needed a platform that was big enough for all of our ideas. You can’t define the sound of a band in just 12 songs. You need more albums. With “Modern Ruin” we put a lof of stuff on there. Many things that fits with songs from “Blossom” as well. But they are very different sounding. We are musicians. We want to make whatever music we want to make, we want to be free to do that. We just keep doing that until we die.

That means that the third and maybe the fourth record are already written? 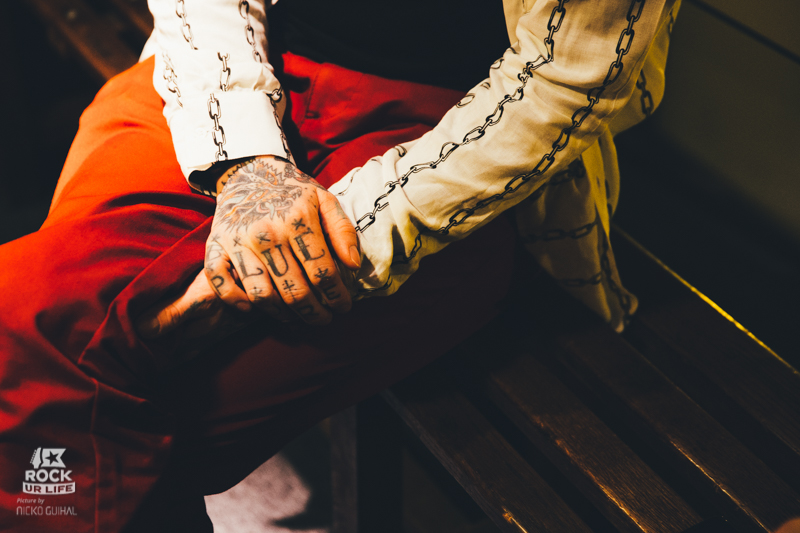 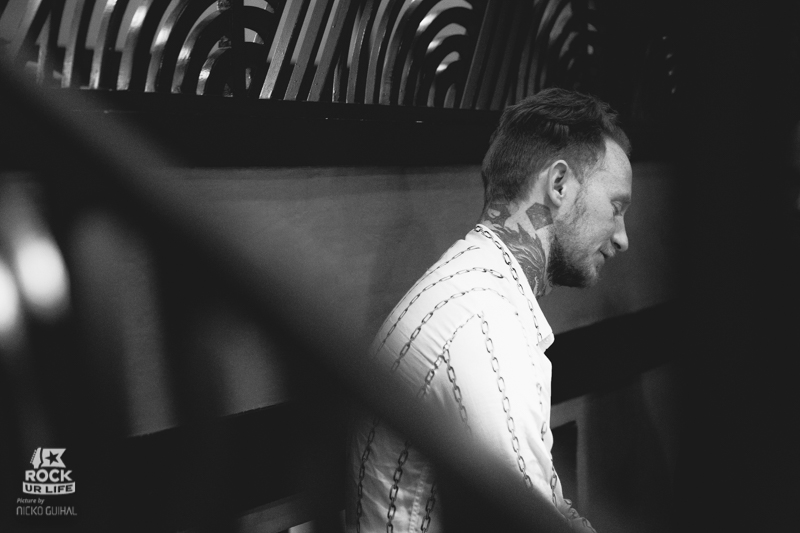 Are you pissed when people still talk to you about Gallows?

So you never think that it’s because you were better ten years ago?

Frank: No way man, I’m ten years better than I was ten years ago!

So, you don’t feel that your fans are keeping you in what you did 10 years ago?

Frank: I disagree. Look, with Gallows we were 19th at the top charts records. With the first Rattlesnakes record I did my best charts position with being 18th and with “Modern Ruin” we reached the Top 10 of the charts!

What’s the meaning behind “Modern Ruin”?

Frank: It’s a record about human relationships. It’s all about how we interact with our friends, family, loved ones and even strangers and our enemies. It’s kind of a wasteland of our society.

So it’s not a political point of view.

Frank: It’s a very much Human point of view.

You are very generous with your fans. Even if you’re kind of an icon now, is it still important to you to keep this link with people?

Frank: Yeah, I just have a band. When you start a band, you want to take it to people all over the world. When they start listening, you really need to treat them with respect because without them, you’re nothing. I’m trying to give them everything I can: my time or my energy because they deserve it. I feel incredibly thankful to have them in my life. 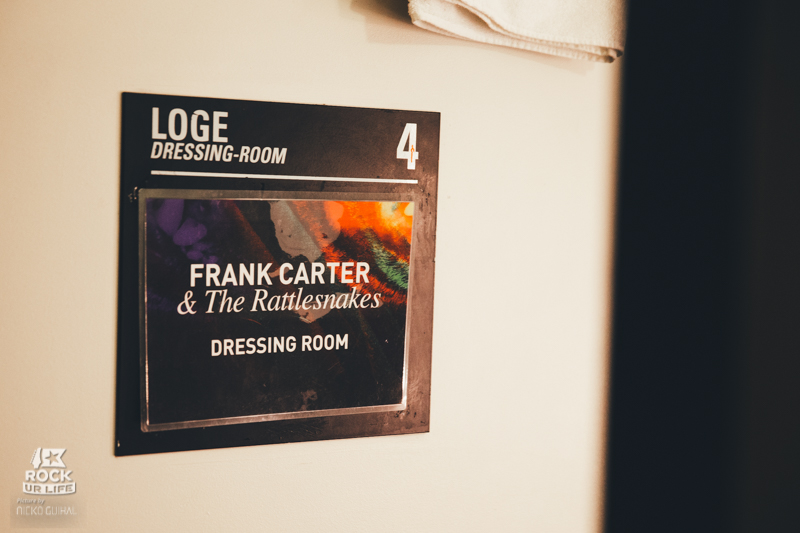 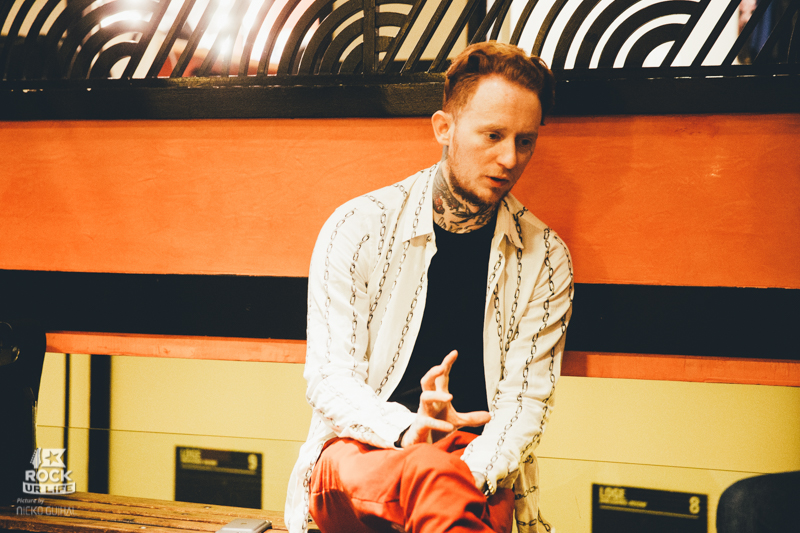 When we met two years ago, you told us that “honesty is always good”. We think that being honest is difficult today because the world is always telling how we have to be.

Frank: The problem is stupidity is way more encouraged than honesty in a way. So it’s a difficult situation. I’d like to think that I was raised properly to accepting people, no matter races, genders, sexs, religions. Speaking from the heart, I think it’s the best thing I can do because I’d like to think that I’m a good person. If you’re a bad person, there are many chances that you’re not an honest person.

When we listen to “Modern Ruin”, it reminds british bands that are not that old.

Frank: I don’t know, to me it reminds just Frank Carter And The Rattlesnakes! People want to associate your music because it’s easy for them to understand it that way. You don’t understand our sound because we are a young band. You associate our sound with something that you know to make you more safer. We’re not safe, we are dangerous. We are our own sound. We belong to our own world and in ten years, when new bands will come out, you will say “oh it sounds like The Rattlesnakes!”.

It’s not trying to associate you with other bands but, just guess your influences?

Frank: I’m influenced by all the great music I heard, but we’re writing originally. Those bands are great bands, I’m happy if you see me among those bands. But, what I want it’s to be recognise, when we release a song, it has to sound like us. That’s how it would be in the future.

Frank: She’s amazing. She’s growing up fast, she’s learning a lot, she talks two languages. She’s amazing, she is very special. I miss her a lot. It’s hardest part about being a musician, and being a father. I’m not able to see my daughter as much that I’d like, I’m not able to see my wife as much as I’d like and it’s a very though situation but it’s also kind of what I signed up for so I have to accept it.

Last but not least, our website is called “RockUrLife” so, what rocks your life? Last time you said your daughter, obviously.

Frank: Being on tour with huge bands like Biffy Clyro and have a Top 10 record! I’m really happy to live something like this. 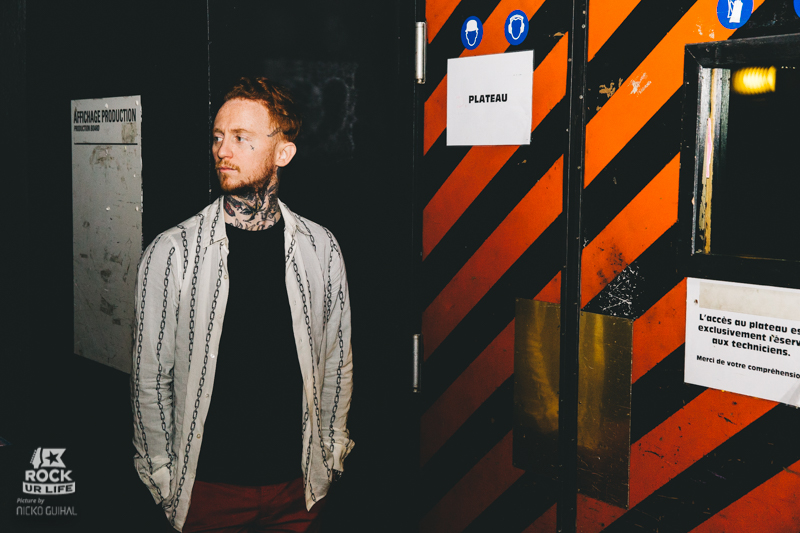 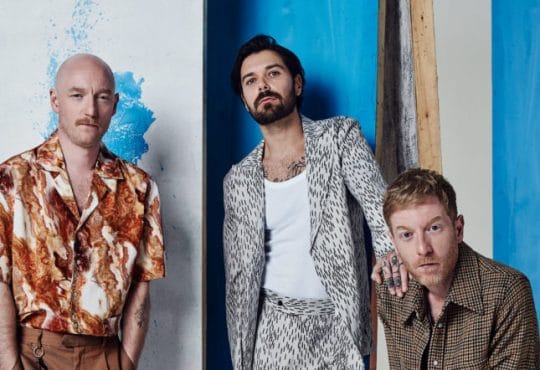 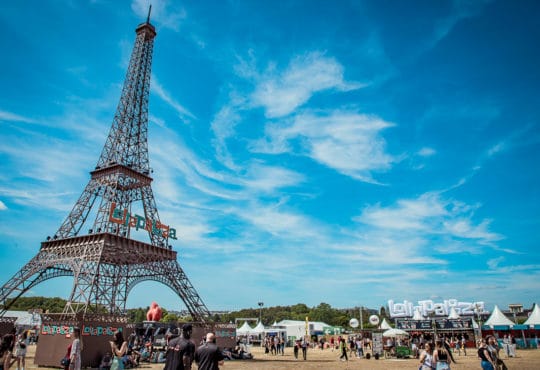 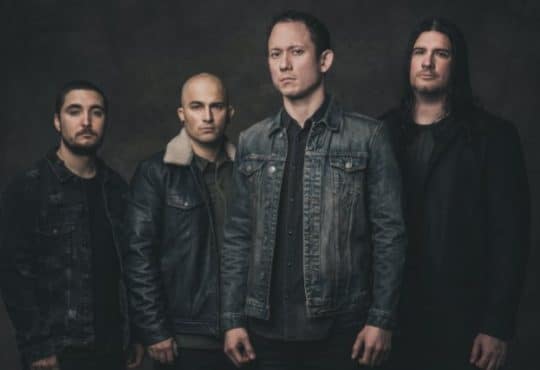