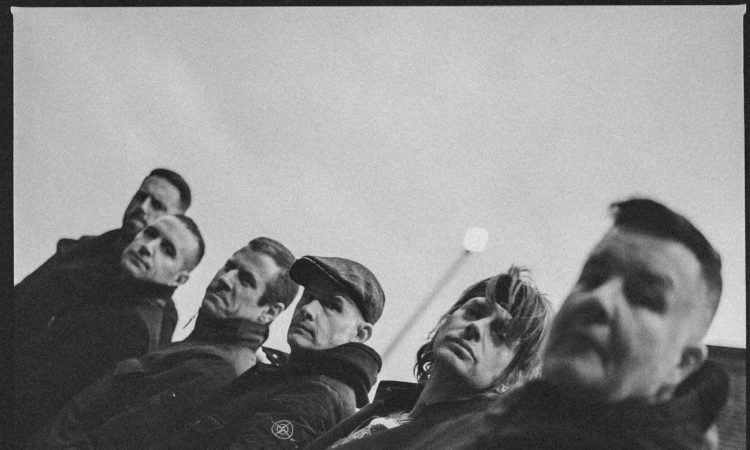 The Boston Celtic gang is back with their tenth album. We met with Ken Casey to discuss the new album “Turn Up That Dial”, American politics and the current pandemic.

Last year you did a livestream for St Patrick’s Day. At this time, did you think about the fact that you would do another one this year?

Ken Casey (vocals/bass): I don’t know if I thought at this time that a year later we would be on our 3rd livestream. But we are so lucky that we’ve had this way to stay connected and relevant. I think compared to the rest of the music business we’ve done a pretty good job as staying relevant in the pandemic era.

We continue to do what we have to do to stay connected to the fans.

It is hard to stay relevant in this situation when there is no possibility to do live shows and no way to greet fans. As Dropkick Murphys have been around for more than 20 years, was it hard to adapt yourself?

Ken: This year is actually our 25th anniversary so we wanted to do a celebration. We feel like we’ve been robbed of this celebration. I think no matter how long you’ve been doing music, if you play music for a living this is devastating. It’s crazy to see that depending on what kind of work you are, some people’s careers have been totally devastated. Other people have thrived!

Music has been hit harder than anybody. You can’t even do “take out” music as restaurants do with their food!

On a positive note, hopefully we are on our way to better things with the vaccine.

I’m looking forward to better times ahead but I think in a strange way, after 25 years of constant touring, the band got to have a break. We never took a break with the band in 25 years. I hate that the break happened this way but we’ve got to recharge our batteries for the next 25 years!

This time forces you to relax. I’m a kind of a person that likes to stay busy all the time. In a normal time, I would have found something that we would have made as busy. Most of us have children so we had quality time at home with them.

Regarding the livestream you’ll be doing, how do you prepare yourself for this event?

Ken:You have to see it as if you were making a movie. I’ve never been in a position on stage where you think: “how are we going to look at the audience?”, you’re here and they are going to see us! Now, we had to think that even though we could be putting out the best show of our lives, the camera has to capture your moves. When we did our concert at the baseball stadium Fenley Park last year, we realized after the first few days of rehearsal that we needed to get drone cameras to capture the performance from the top. That made all the difference.

We are all trying to rise to the challenge, not just do exactly as we would for a “normal” show. We want to make it unique, we have video walls on all four sides just like a boxing ring.

It’s something you would not see in a traditional concert so it gives value to watch it.

It’s important to offer a different experience with these livestreams.

Ken:The first one we did on last year St Patrick’s day we only had 48h to prepare for it. We were just happy to have a stage and cameras!

We are going to do another live stream on May 1st that will be our release party for our new record coming out on April 30th. Next month we’ll be able to say we did 4 livestream shows and we are lucky.

During the show at Fenley Park we were allowed only 35 people in the whole stadium, we had to go to extreme social distancing measures to be able to put that show on. Then we waited for 10 months because we were not allowed to do a show. And now we can come back to do these shows, thanks to the great testing we have now: we can have a doctor on site that tests everybody everyday during the rehearsals.

Obviously it is nerve wrecking because we put a lot of energy and money into this and if tomorrow someone has a positive test we would probably have to cancel the show.

You’re a band that can express a lot on stage. It must be challenging for you to reach an audience that you do not see with these livestreams.

And we were like: “hold on a minute: there were more people watching these shows than any other shows we’ve ever done!”.

Even though you do not see the audience, you’re inspired and you feel motivated.

What made you ask for donations instead of charging tickets for your performances?

Ken:Some people did well during the pandemic for their business and other people have been devastated. A lot of people send their donations with a note saying their business is doing great so they send you 300$. Some people donate 5$ as a gesture to contribute even though this money is all they have.

In the long run, it will probably come to the same amount of money as if we charge for the tickets. It feels like a nicer way to do it.

We are grateful to everyone one who supported us. We have a fanbase that is concerned and that does not see the performance as products. We are like a family and it shows in this pandemic. The fans just tried to help the band.

We are proud of the fact that we’ve paid the people that work for us all along, and I know a lot of bands much bigger than us that did not do that so. It’s a full circle: we treat our fans and the people working with us as family.

When did you start the recording process for the new record?

Ken:We finished a couple of songs, we went on tour and we came back to the new challenge of trying to finish an album in a lockdown. We had to do it in shifts but I would say that on the previous 9 albums, there are always a few things that when they come out we wish to change or we wish we had it done differently. I don’t feel like this on this album.

It had its challenges but it was great to have something to work on to keep our minds focused and sane. In the end, all that extra time gave us the possibility to make sure we were putting out a record we really wanted.

What are the main themes of the album?

The importance of music and just being positive. It’s just about celebrating or protesting, depending on the meaning. Music as an escape, as the joy it brings you, and just doing anything louder and be heard.

We tried to be the opposite of all the negativity that was coming out of this country for the last four years but at the same time we are not afraid to speak out about it.

It’s important that people make sure the last four years and the former presidency never happens again. It’s a very scary thought to think that it could happen again in the next few years.

We are trying to be uplifting and inspiring but rebellious at the same time.

Regarding what you were saying about the former president, could you tell me more about the song “Chosen Few”?

I have lifelong friends that could be policemen or working class people with whom I shared the same mindset. Then Trump was able to twist their minds through social media. And now we don’t even speak anymore.

Unity has to be the most important thing and it is horrible to see what’s happening, even to families. Some of them don’t talk anymore.

I don’t love any politician but the new president has compassion, speaks in a lower tone and brings the rhetoric down. I think we are in a much better direction now.

It’s time to turn up the dial on the fun and turn it down on the hatred. But it is still there and their voice has been taken away. Donald Trump being banned from Twitter is the best thing that happened in my life!

Sometimes you have to face the horror to understand how horrible it is.

What do you have in mind to celebrate the 25 years of Dropkick Murphys?

Ken:Hopefully we will get to play some music somewhere. If it doesn’t happen, I think  we have some plans for some other releases of singles. It’s just a day to day organization at the moment. Since the pandemic happened we were not able to make any plans because we’re afraid we would have to cancel. We still have shows in Europe that haven’t been cancelled in summer festivals but we all know they are not gonna happen. I don’t know what they are waiting for. Half of them have been cancelled so I don’t think we will be able to go even if a few of them did happen because it would not be financially possible for us to fly for one or two shows.

Right now we are just taking it one day at a time, one livestream at a time.

It must be frustrating but are you a person that liked to have fixed plans in advance?

Ken:In my normal life I can live day by day, but in music unfortunately because of roading tours and all that. In normal times you could receive a call at 9PM from our manager asking for discussion regarding a summer tour in 2024. And I would be like: “What? It’s three years from now, I don’t wanna talk about that!”.

In music you have to plan for the promotion, the releases, the tours.

Are you putting singles out of “Turn Up That Dial”?

Ken:We just released the single “Middle Finger” and “Queen of Suffolk County”. And then it will be the album time!

To finish, as our website is called “RockUrLife”, what rocks your life, Ken? 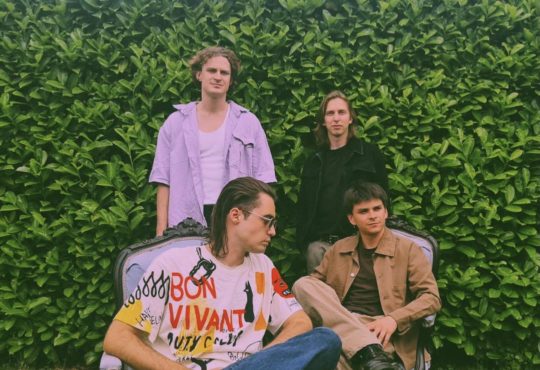 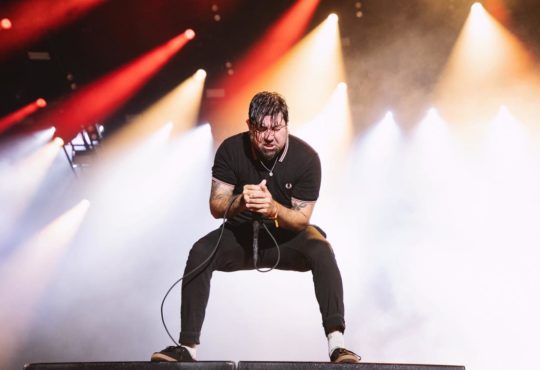 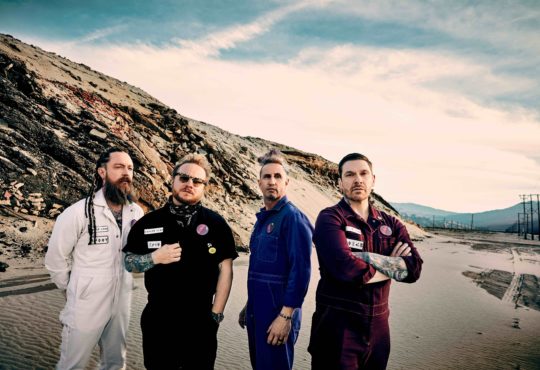 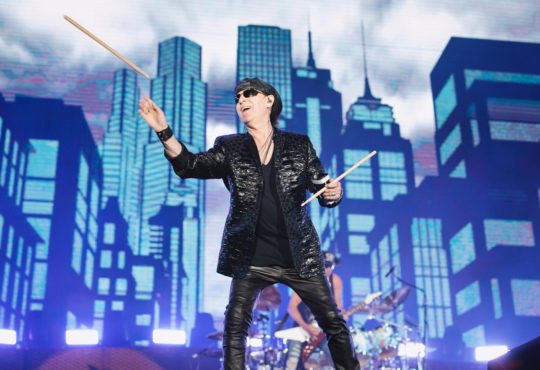