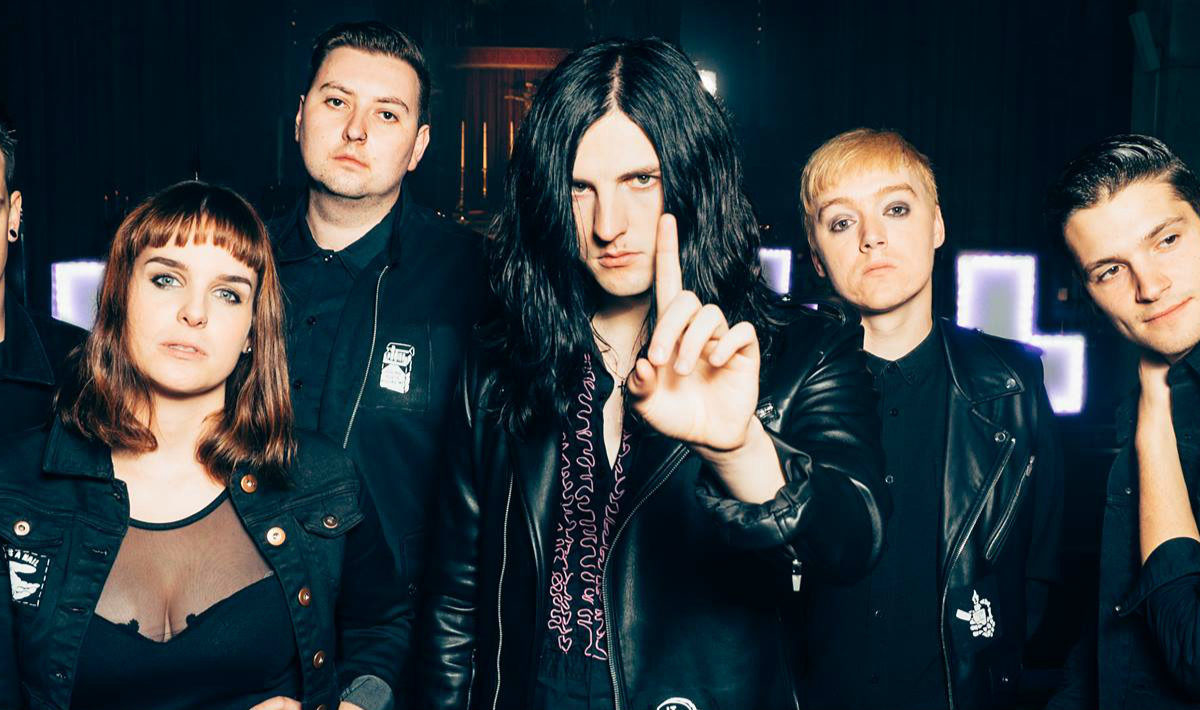 We had the chance to have two interviews with Creeper in a few months. So we decide to spice up our second meet a bit with a very tough blind test for the english band. We sat down with Will, Hannah and Ian to see if Creeper has good musical tastes!

Will Gould (vocals): (only after two seconds) It’s David Bowie, “Five Years”! David Bowie was the first artist that I really loved. That record in particular was the first I ever bought! It’s the first record that I heard which have an intro and an outro.

Ian Miles (guitar): We actually wrote an intro for “Eternity In Your Arms” which was influenced by “Five Years”. But it ended up not making the cut unfortunately.

Will: (after a few seconds) This is AFI, it’s on the new record it’s… (sing the first lyrics of the song) Is it “Snow Cats”? Yes! AFI was a big influenced for me, later than David Bowie but it introduced me into punk rock with that glam element that I love. It does appear that time has no consequence on them because that new record is as exciting and essential as they are.

Ian: That was kind of a meeting point. It was the first band that me and Will both liked when we were younger and which made us want to write music together. It’s really important to the band.

Will: What’s the name of that DJ he has been working with? Artful Dodger! I saw him and his band doing a gig in Southampton, it was crazy. Craig David is a hero in Southampton, when he’s coming back on tour in the city, he does a city tour on the top of his bus, and he waves, like the Queen! (laughs)

Hannah Greenwood (keyboards): Oh! Is it Funeral For A Friend? “History” yeah!

Will: Very important band for us, it’s the first band that took us on tour. For their final show, Matthew insisted to have us as openers. He was a huge influence to me, when I was at school.

Ian: Like he said, Creeper wouldn’t be “a thing” without Funeral For A Friend. Not so much because of the musical influence but when our first band split up and we decided to form Creeper, Davies sent us a message asking if we’d like to come on tour with them. That was our first tour ever!

Will: We had the chance to toured with Misfits in the UK, it was one of the first tour we did.

Ian: (showing Hannah) It was one of the first tour with you actually!

Hannah: Yeah it was my first tour with you!

Will: It was really fun. It was the first tour we did with the patches.

Ian: We saw Danzig in London and they did many covers of the Misfits during a part of the show and Doyle came out on stage with them, it was amazing. I don’t think that’s ever gonna happen again (laughs) !

You have to guess why did we pick this song for you guys.

Will: I fucking love this song and this band anyway but why… Is that anything to do with “Fight Club”?

It’s pretty unusual to have Meat Loaf as huge influence for a young band.

Will: We love Meat Loaf, and it’s not because it’s one of the best selling records of the all time! Those are great songs.

Will: (When Chris Martin starts to sing) Oh yeah, Coldplay.

Did you know that Coldplay’s drummer was born in Southampton?

Together: No! We didn’t know that!

Will: I saw them played in a small venue in Southampton, actually the venue where we did one of our first gig too.

Do you think your music’s gonna change through as Coldplay did?

Will: We never want to release the same record as we already did so yes, we’re always trying to change our music. Music is an art reflecting the people who wrote it. We constantly changing, as we grow up as person. Our tastes are changing, our perceptions are changing as things in our lives like relationships and how we see the world. If our music won’t change, I’d feel like we’d be sticking to a formula. None of us will be the same person as we were so yes, our music’s gonna change with us.

Together: We don’t know.

He is living in Brighton.

Will: This is Nick Cave? (Nick Cave starts to sing) Oh yes, with the voice, no doubt! Huge inspiration, I like the way he led his career. The Birthday Party was a very agressive punk band and he became one of the most essential musician today. We started as a screamy punk band and now we are a little bit different, I like that kind of evolution. No records sounds the same.

Ian: Metallica! (laughs) I love that record! There’s only a couple of songs I don’t really get into but that record is very good. They were my “Bowie”. It was the first band I really was into and that put me on the ground. It transitioned me of where am I today. We were watching their documentary the other day, “Some Kind Of Monster”, and it’s funny because, as a fan of the band, you see things that you never would have imagine about them. It’s a bit like “don’t meet your idol” ! But I can separate the artists from the art so I can’t step away the influence they had on me.

Will: We did a cover of this song!

Hannah: We had a message from our manager who told us that we must go to Southampton to do a cover of Iron Maiden and I was like “Whaaaaaat ?” (laughs) Neil and I did the arrangement in like one hour, it was cool, we just sat down and listen to the song again and again.

Ian: Neil was very stressed out about it!

Will: It’s my favorite cover that we did!

Hannah: Yeah I love it too, sometimes I listen to it again and I’m like “wow, we did this!” (laughs)

Will: They are legends in the UK, it’s the perfect exemple of how big a band can get. And they still running festivals in their part of their career!

Will: Oh it’s My Chemical Romance! “Fake Your Death”.

We felt like it was the perfect song to quit.

Will: Really important band. We are always compared to them but I’m okay with that. It was a big influence to me when I was young, I saw them live many times. I think they offered us the same thing that glam rock offered to my dad. It was what we called “emo” at this time but it was the escape that the kids needed at this time. It was really strong and important to me. I think in the UK they were gigantic, they were so big! I think they influenced us with their concept, it’s not just a gimmick. I think the concept was their main influence on us. 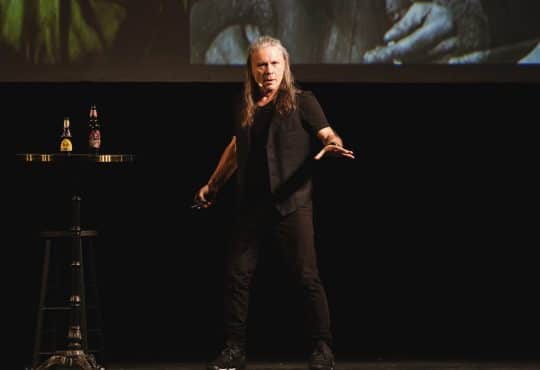 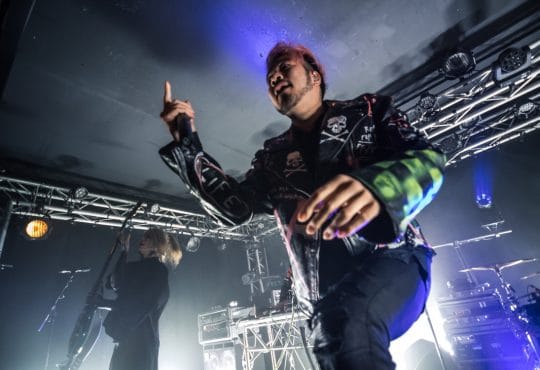 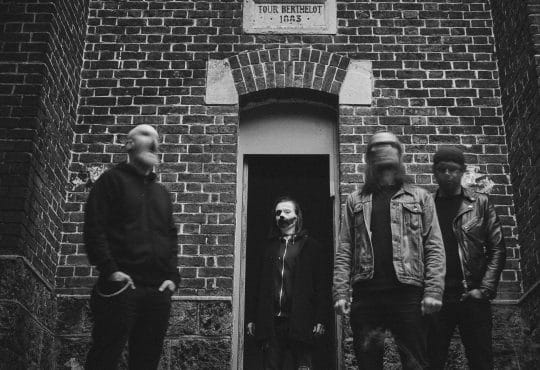