After the review of their second record “Premonitions”, RYL! wanted to know a bit more about this fresh Danish metal band, check this out!

Hello guys, happy New Year! How are you?

Troels Cort Nielsen (bass) : Hi! I’m fine man, a bit hung over from the weekend but that is self-inflicted so I’m not complaining.

Can you introduce us the band and how you get together into forming By The Patient?

T : Well, me (Troels the bassplayer) and the two other string-men Simon and Theis started playing together on the small island of Bornholm in 2005. For some time we went through a lot of changes in the band. We had a lot of different drummers and frontmen and the music changed with every song more or less. In 2008 we moved to our capital Copenhagen and in a matter of month the current line-up was complete. Then came a lot of rehearsing and songwriting and in May 2009 we were ready to record our first materiel, the “Catenation of Adversity” EP.

So your second record “Premonitions” is available since September, how would you describe it comparing to the previous one?

T : Our stuff always changes with every release. Not like major changes but we always try to get out of our comfort zone and do something new instead of just keeping it safe. On “Premonitions” we took out most of the technical death metal stuff and worked more on the groove and the melody. We kind of changed the atmosphere into something a lot more black metal inspired, more Scandinavian, way simpler but way more mature as well. We are still trying new things out though so don’t be surprised if the songs on our next release will be something new as well. 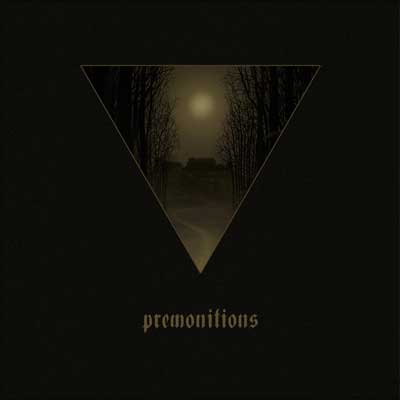 As you define it, your music is a mix between heavy, black and death metal music elements. So basically, which bands influenced your ability to combine those three metal styles?

T : I wouldn’t be able to tell you exactly which bands inspired us on “Premonitions”. We all listen to a lot of different music and it is never the same three bands for a long time. Clearly we have been listening to a lot of black metal lately, but there has also been a lot of post hardcore, crust punk’ish, 70’s rock, and stoner bands on the playlist. It varies a lot. Lately I’ve been listening to bands like Altar Of Plagues, Planks, The Secret and Black Breath. But that’s just me. You might find the other guys listening to something entirely different.

How did you get into music by the way? And specifically metal music.

T : When we were teenagers on Bornholm we used to hang out at this youth club. They had some rehearsal rooms and organized small shows from time to time. Some of our friends played in a retro 80’s band called “Jackhammer” and we thought they looked cool so we decided to form a band as well. I hadn’t held a bass before our first rehearsal but our first song had like two chords so it didn’t really matter. Simon had taken some guitar lessons and used to play the accordion, making him the musical primus motor in the band. Then we met Theis. He knew all of Metallica’s songs by heart and I’m not sure he could do anything else. Metal was our choice of poison. We didn’t really have an alternative.

First when I listened to the record, we immediately thought about bands like Amon Amarth, Insomnium and Kalmah, with some black metal elements. Have you ever been compared to those bands?

T : It is funny you should say that. As more and more reviews come in we find that almost every one of them mentions Amon Amarth. I don’t know why. I mean, Amon Amarth is some great viking shit and all, but none of us ever listened to them really. If someone could clarify it to me I would be thankful.

Adding to that, when we saw some pics, we thought you were a stoner band, are we the first ones to say that? (laugh)

T : (laugh) Maybe it is because of all the beard and hair on our pretty heads that makes people think of Amon Amarth? Well, for me metal and hard rock is more than just a musical genre. It’s a life style, an attitude. We have long hair for a reason *devil horns raised high* 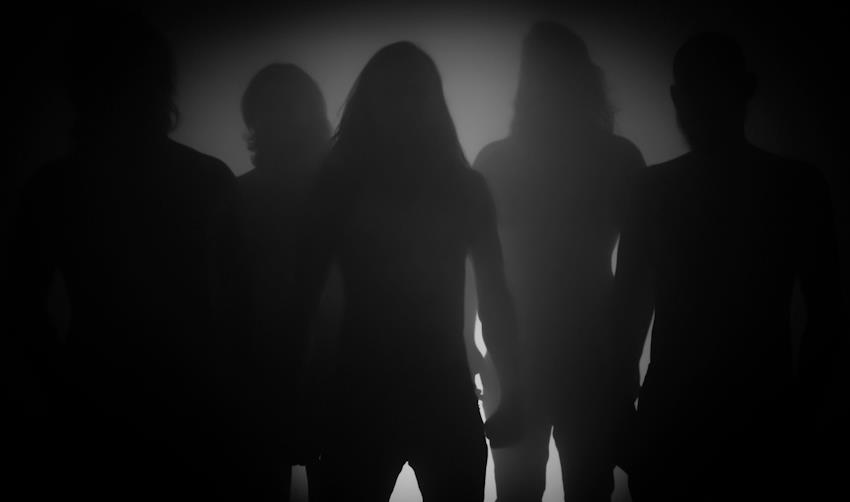 If you could define your genre, which one would it be?

T : You said it pretty well I think. Heavy thrashy stuff mixed with a lot of black metal melodic stuff. When people ask me I always try to stick with the term “metal”. It is a universal language we can all relate too.

You’re from Denmark, as always down in here, in France, we say “well another band from the North”! Are conditions better in Scandinavia for metal bands to appear on stages, making records, participating to tours and sometimes getting famous? We read that you’ve got a nomination for “Talent of the year” in 2008; did it change something to your band’s lifestyle after that? (Getting contacts, touring propositions etc.)

T : I don’t know if conditions are better in Denmark than anywhere else. We haven’t been to France but my experience is that people arrive on time here more often than they do in the countries we have been to. I like it when people arrive on time. Gives me time for a proper soundcheck. I like soundchecks. Other than that I think that every country has its ups and downs. Denmark is a small country but there are many bands who want to play making it harder to separate the good from the bad. Everyone gets a fair chance though. About the nomination for “Talent Of The Year” I don’t know if it changed anything for us. We are a “working horse” band and always try to talk to new people and get new contacts. If I were to pinpoint a single event that changed things for us as a band it would be the Danish Wacken Metal Battle which we won in 2010. That really put us on the map here in Denmark.

Many bands criticisms against internet and downloading are pretty rough sometimes, but for new and young bands, it’s a pretty good way to show your music; what do you think about it?

T : Well, if more people bought our stuff instead of downloading it we would definitely be able to do more as a band, but on the other hand, if our stuff wasn’t on the internet then no one would know about us and I probably wouldn’t be talking to you right now. If you don’t have the money, download our album. If you like it, tell your friends about us. Come see us at a show and buy us a beer instead. I would much rather have you whispering sweet stuff in my ear about how great we are than earning a few more euros. (laugh)

Back in the studio for an EP in February right? You already released EPs, what can we expect of this new one?

T : As mentioned earlier we always want to try out new stuff. This new EP is no exception. You will just have to wait and see. 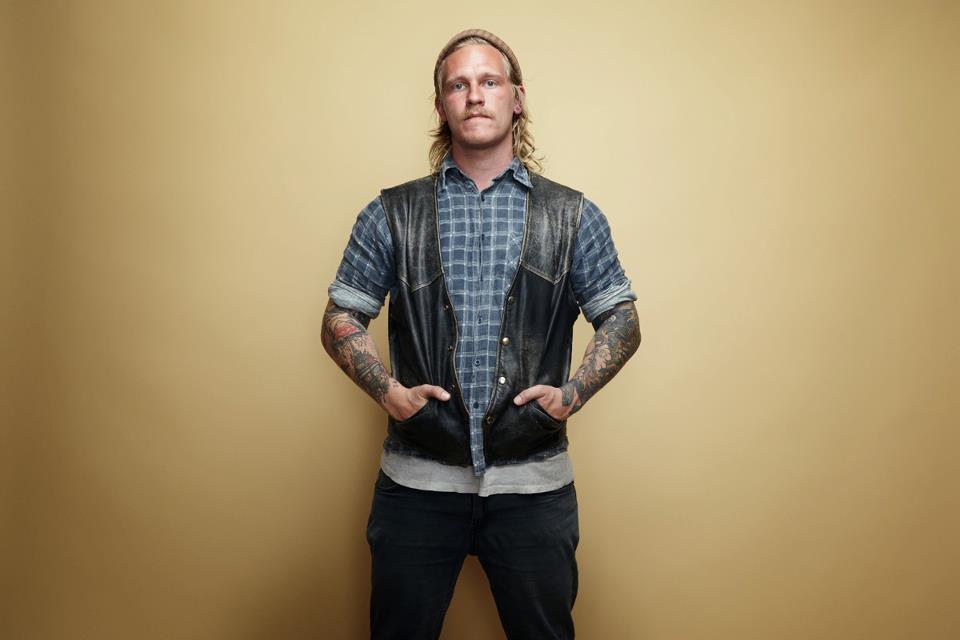 Apart from the EP, what are your plans for 2013? More touring?

T : Yeah, recording in February, then touring Denmark and Germany in March, April and May. I can’t really say anything else at the moment but expect a hectic year!

T : A bunch! I think our music fits well alongside a lot of bands. I could name a lot of big international acts as well as a lot of bands from our local scene that I would like to tour with.

Is there any chance to see you in France? You’d be perfect to play at Hellfest, under the black/death tent!

T : Hellfest would be awesome! Could you arrange that for us. (laugh) You will definitely see us in France soon.

T : Waking up hungover after 4 hours of sleep, rushing to the tourbus and drive miles and miles to meet new people, see new places and play a show for a handful of dedicated metal heads, load the gear for the hundredth time and repeat the day after. Other than that I like sunshine, good food, alcohol, my friends and family and being able to justify doing this interview instead of preparing my exam on the Russian bombing of Bornholm in 1945. See you all soon! 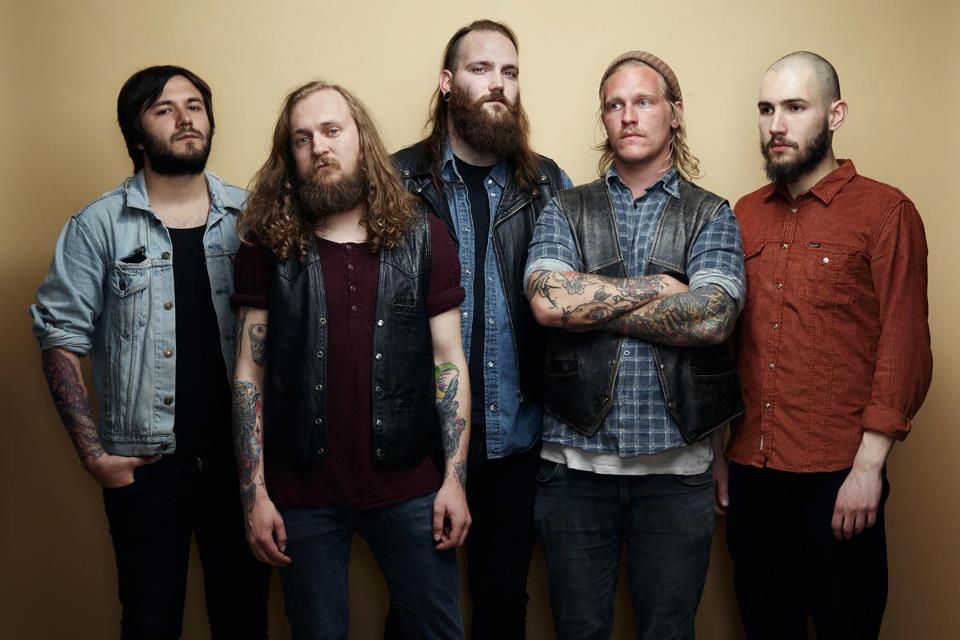