RockUrLife had the opportunity to meet the blues band of the moment: Blues Pills, led by the charismatic Elin Larsson accompanied by her French guitarist Dorian Sorriaux. A fun conversation about the second album “Lady In Gold” .

First, can you just describe your band in a few words?

Dorian: Yeah, soulfulness, feelings. Hopefully with those words people can understand what we talk about. (laughs)

You always had very particular visual arts, kind of hippie. What did inspire you? And what is the signification of that?

Elin: I think we pretty much get lucky to work with this artist. Her name is Marijke Koger Dunham. She’s a legendary artist. She’s Dutch but she lives in California for a long time and she worked with Cream, she painted their guitar in the 60’s. I think she painted guitars for the Beatles so she is a well known artist. Before we released the first album, we sent pictures of her art to other artists and said “try to get inspired by this”, and then someone from the band said maybe we could hold herself, and we were like “maybe she’s inactive or active”, and we got hold her and we got to use some of her art. I think her art reflects our music so good when I see the whole picture, because now she did 3 album covers for us: the debut album, the live album and now the “Lady In Gold” album. She painted all these paints in the 60’s, and the one she gave us has also been painted in the 60’s but she coloured it recently for us to have it for the album. And I think there are a lot of similarities to Blues Pills, there are a lot of symbols in her artwork, I think it’s as well finding a balance between good and evil, there is always this opposite that you need. And I think it creates a connection with our music as well.

Which kind of music atmosphere did you grow with?

Elin: For me, it was soul music like Aretha Franklin. I was singing to her music. I have always been amazed by all people’s vocals in general, how they talk. Everyone has a specific tone, and I was definitely impressed by those who had a big voice, a strong and powerful voice, and I was trying to get this in my voice, but in the beginning, it sounds like shit. (laughs)

Dorian: The atmosphere for me was ZZ Top when I was a kid, four or five years old. And then I discovered another artist from blues rock and rock music in general like Rory Gallagher. Music was always around, my dad played the bagpipe, so there was a celtic music atmosphere as well.

The new album is called “Lady In Gold“. What’s the story behind this title?

Elin: It’s the first track on the album, and I think it’s a good representation of the album. This is blues rock, but I think on this album we have a big soul influence you can hear. It’s a good album title as well.

Dorian: We all liked this track, so we find it right to call this album “Lady In Gold”.

So, who is this lady in gold? Is it you?

Elin: This is every woman in the world, she is a symbol for death, like a made-up character. This is fiction. But she is a powerful woman, she is deadly, but she is the one to decide and you don’t want to meet her because maybe she is going to bring you to the other side. It’s a fairy tale.

Any special song you want to speak about?

Elin: (laughs) I think about “Little Boy Preacher”, that’s one of my favorite songs. But that’s also a fiction I use to make up. “Bad Talkers” has a good message, it’s about why this world where we’re living is surrounded by racism, homophobia. And all this kind of different stuff about human rights, it’s about not judging the other person. People can be who they want to be and what they are. So I think it’s a good song.

Is there a very personal subject you are concerned by?

Elin: Yeah, I write a lot about guilt and I think it’s interesting as well for our listeners because lyrics are a lot about the female prospective on things, and I think, a woman has today a lot of guilt, and we have a lot of obligations. If we don’t take care of stuff, we feel guilty. We often have to take very hard decisions, young and old, and I think it’s interesting for the listeners, especially in rock music because it’s dominated by men. I like to write about it, for example, women abused in a relationship, women feeling alone and they can’t be their own selves. Feeling bad about themselves. This album has a lot of female prospective, a lot of important subjects.

In the rock scene, do you often feel this male pressure?

Elin: In the scene? Yeah, overall I think all the females are judged more than the males. Now it starts to grow, more female artists and musicians in the rock industry. But I think, we get judged a lot more, how we look. We have pressure, we have to be better than all the man, we have to look better than all of them. And so why do we always get this pressure in everything?

What were the recording conditions for this album?

Dorian: The conditions?(laughs) it was a room.

Dorian: Yeah, this room is much more comfortable. (laughs) There were no windows in the studio. It’s really small. It was really intense, we were sleeping on the floors, working all day, so it was really hard.

Elin: Yeah, it was hard. In this town in Sweden. We went from a long tour so we had a lot of time pressure, and we toured so much that we started to write the songs, record in the end of 2014, so it was like a time period of 2 years we went back in the studio, get back on the road. After a while, when you stay there, you don’t even know who you are. (laughs) And during winter time, sometimes there is no sun, it was so dark. You open the doors, and it’s completely black. (laughs) And sometimes, we can work for 15 hours and then you realise, it’s going to be like this for three weeks. (laughs). It’s crazy.

What is the current music atmosphere in Sweden?

Elin: I think Sweden is a great industry for music. We have a lot of well known and famous producers, bands and artists. Sometimes people think it’s from America but it’s from Sweden, like Max Martin who is writing for all the huge bands. We have a lot of great bands in rock and blues, especially in the town we’re living in, I think it’s a kind of game between us because it pushes everyone to be better.

What’s next for you?

Dorian: We have about a hundred shows coming up now. (laughs)

Elin: (laughs)Yeah we are going to tour, go to the States and kick some ass. (laughs)

Dorian: Because in France, we are going to do Rock En Seine on August 28th, Le Trianon in Paris, 30th October, which is an amazing place.

Touring life can be disturbing, right?

Elin: I love touring, I know so many bands hate it, but I really love it. It’s amazing, we have so much fun, every show, you get so much energy. And I think it’s a complete different lifestyle, when you are on tour, you don’t have all these obligations you have in daily life, or you have it but you don’t have to think about it because your schedule is so full.

Dorian: You leave your problems at home.

Elin: Yeah (laughs), you leave them at home. You’re playing music everyday, you dontt have to think about shit (laughs) so I enjoy touring.

Dorian: Yeah, because we’re doing what we love to do.

How is your music going to evolve now?

Elin: Yeah, I think it’s important for the musicians of the band to never feel they can’t develop or they can’t find their influences. I love playing with these guys because they always try to become better and try more. There’s so much music you can find and don’t really know! We can never get enough influences and developments.

What’s about the next video clip?

Elin: The first video clip comes up the 5th or the 4th? (laughs)

Elin: Yeah, it’s going to be “Lady In Gold” and I’m playing the Lady In Gold character.

Let’s conclude with our traditional question: as our website is called “RockUrLife”, what rocks your life? 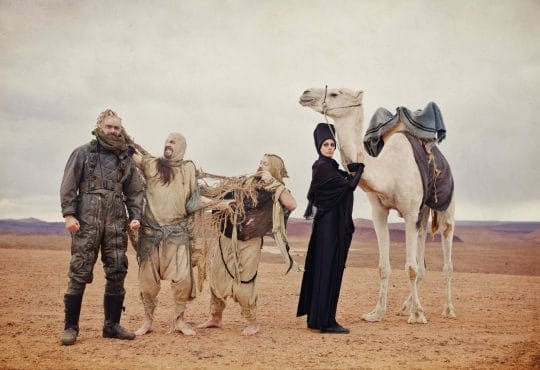 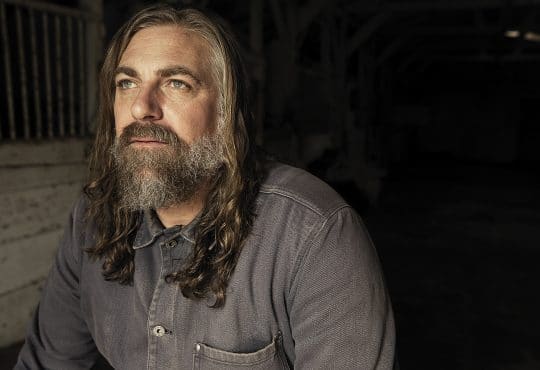 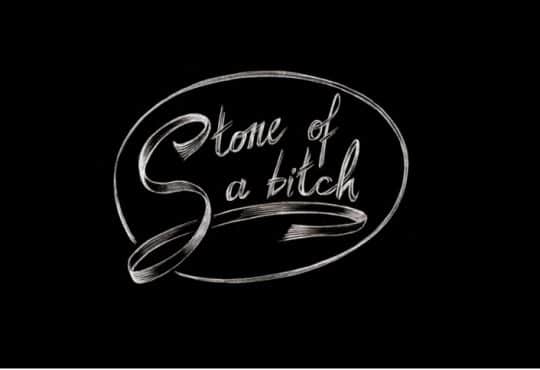 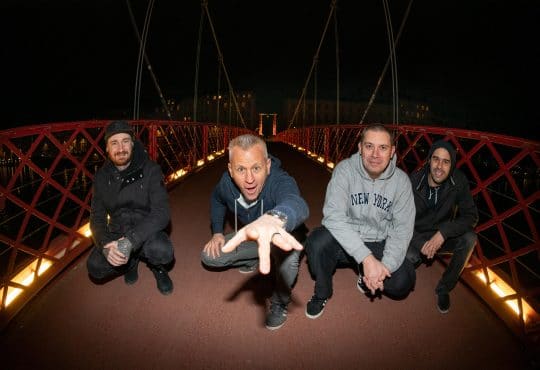 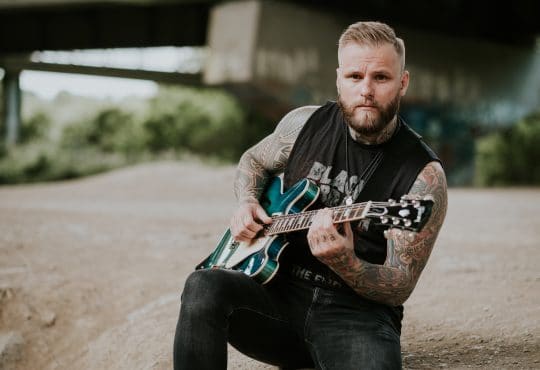 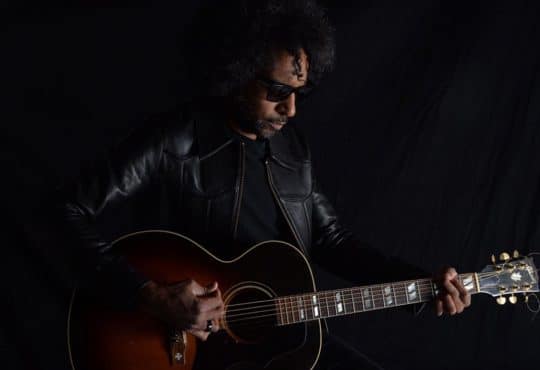