Big Jesus is about to release a new record and we had the chance to chat with CJ and Thomas a few weeks before.

Hello guys how are you?

You finished a Euro tour yesterday how was it?

CJ: A dream come true. It’s my first time out of the country ever so to be able to do that for my music is more than I can ask for.

You’re about to release “Oneiric”, confident?

CJ: Yes. It’s something we’re all really proud of. A lot of the songs we’ve been working on since a long time and have been waiting for the opportunity to release it in the best presentation that we could. I fully believe that this is, at this time, the best record that we can make and I’m really excited for people to hear it.

Thomas: We put a lot of hard work into this record, hard times as well. We’re really pleased with the product we’ve came out with and we hope the general is as well. 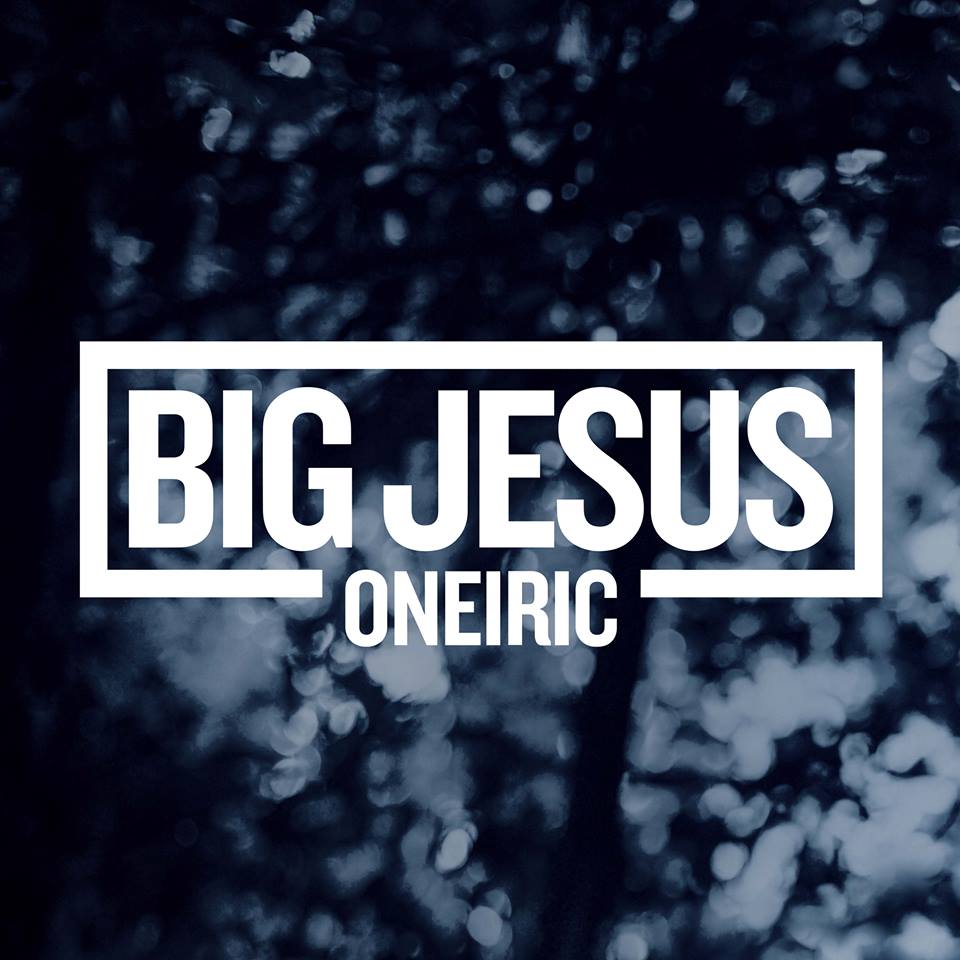 First, can you introduce us your band.

CJ: We’re Big Jesus from Atlanta, Georgia. We’re four guys kinda grew up playing in bands playing subgenres of subgenres like punk metal and hardcore. We grew up in our local scene in Atlanta we kind of sour each other out seeing each other playing in others bands. The Atlanta music community is kind of small and tight so we knew each other while playing small venues there. I love making music with these guys and I think we definitely throw our different influences to make something really unique and I hope that people will enjoy it.

Thomas: Yeah this band is pretty easy to be a part of because we have similar personalities but we’re also different in our own ways but everybody’s on the same page with the band. I’ve been in bands with terrible people with whom you can’t go along with but this is a family, the four of us are brothers and we only want to continue what we’re doing and it’s nice to have that, it’s refreshing.

How would you define your music? The music is pretty heavy but vocals are soft.

CJ: We lead towards to alternative rock I guess. It’s not something made to be commercial or made to sell records. It’s purely made of what we wanted to hear and the music we wanted to make together. It has so many aspects of mixture of rock n’roll from the Beatles or the Beach Boys to the extreme stuff like Slayer or Meshuggah and everything in between we’re all fans of. It’s just us finding our way and filtering those influences to our own personalities.

Were you looking for this kind of vocals when you started the band?

CJ: It sort of evolved. Originally I knew I wanted singing because all of my past bands were yelling and screaming and it’s definitely a verve that matured my music looking for something else. I knew I wanted to be more than that and even when Spencer started out it wasn’t as soft as it is now. We’ve found our thing on this record with the vocal tone.

This record is pretty aerial; what did influence your music this way?

CJ: I guess there are bands with similar ideas and we’re just fans of. Like Deftones or Smashing Pumpkins and things like that that have more than an emotional side to them and that’s something I’ve always connected to. I love bringing emotion to the music I write.

What is the musical guideline?

CJ: We all love albums that our favourite bands put out like masterpieces that you can listen from front to back without skipping a track. When you hear the songs live you want them to play the next song once they finish a track like on the album. So it was to make the best record and not just try and put out a couple of singles and throw in some filler in there. We were trying to make an album as a whole having a flow and a dynamic to it and it wasn’t just a plateau of songs.

So how do you decide for the gig tracklists?

CJ: Our band is able to fit on supporting a different couple of genres. We’ve been on bills with metal bands, pop punk bands, and classic rock bands so we tend to try and cater our set a little bit to the crowd. We play the songs like we recorded them but we can often make some change with the first track. But we establish a dynamic not to do similar songs in a row so people can see that we don’t always play the same thing from a song to another so we can catch people by surprise.

How do you work on your guitars parts? How do you interact on that?

CJ: He’s more of a lead guitar player and usually do more of the spacy stuff and I’m more like the fuzzy heavy riffs. We have some parts that we trade off but for the most part he’s doing the pretty guitar lines and me doing the minor ones.

Thomas: When we wrote the record it was just like we come up with a riff and play it together and learn the rhythms first and then I’ll come up with ideas on top and just see how it turns out if we play it at the same time or in another way. Everything on the record we play it live even if it’s multiple guitar parts which is very important because a lot of people can’t produce that live. That’s music today and that’s the way technology has made it but it’s not real.

There are some songs that you already released in the past and some news ones. How hard was it to make the new ones sound like the others? Weren’t you worried about the differences between them?

CJ: We knew that we wanted to keep some tracks and write some new ones. The ones already written still fit the vibe but we knew there’s still a couple gaps to fill so with that in mind we really set up for those missing songs.

So it was a challenge.

CJ: Yeah it wasn’t just “lets write a bunch of songs and pick the best ones”. It was really intentional.

Thomas: To make it flow.

Are you already working on new stuff?

CJ: We’ve been a little bit but the main focus was to get this record out and getting our live shows as tight as we can.

What do you love the most in your album? Something you’re really proud of.

CJ: I really love the guitar tones that we came away with. It’s something really important. When you first get in playing guitar it’s so hard to focus on every aspect of it like developing an ear for tone, learn what every nobs from the amp do etc. Not only we know how to play our instrument but we can make the sound we want after thinking it.

Thomas: I’m also really pumped about the artwork on the record. We play the main role in creating the artwork. Spencer did the layout for the record. The colour, the picture came from us, of course a graphic designer from the label helped us but everything was approved by us. That’s not something people do a lot. They basically just hire someone to do it but this was ours. We wanted to be sure that it was shown in our best interest and I’m really excited about the way it looks. When you open the LP, we created everything and that’s special.

You worked with Matt Hyde in L.A. Why him? How did you end up there?

Thomas: We shipped the record around and had a couple interests into recording and Matt reached out to us about how he loved the demos and he was really pumped by the music and we kind of wanted to find someone that was more interested on doing the stuff that we wanted to do than just taking on a project and making on their own. When we got to L.A. we instantly connected with Matt. Everything worked out great with Matt.

CJ: I think my favourite is “Always”. When I feel I made something original, that’s not similar to any other band, I get really proud about that and that’s one of those riffs. I also love “Shards” and probably “Oneirica”.

Thomas: “Oneirica” is probably my favourite track to play live and on the record it sounds really great. “Lock & Key” is a song that we had written and almost didn’t make the album but Matt was like “it’s absolutely going on the record”. It was his favourite song and we were like “OK cool”. (laughs) That song has a lot of feelings. Lately, “Shrimp” has been one of my favourite to play live because it’s a break in the set that refreshes the audience, moves the people with emotions.

Do you have a live approach while writing?

CJ: Yeah we generally write during rehearsals with amps at full blasts. (laughs)

CJ: It’s really more translating from our live shows to the record most of the time because we write and play to be a live band.

Thomas: Our practice place is smaller than this hotel room (laughs) and we turn those Marshalls to like 6. It’s loud as shit but that’s the whole thing about music because you want to be impactful and it’s sometimes difficult for people to bring the record to the live shows but, doing it altogether in a room as one helps and when you get to the studio you can always add more.

What did you listen recently?

CJ: There’s a band called Wand that’s really cool. It’s a bit similar to us with loud guitars and the vocals are like Black Sabbath meets T. Rex.

How is the rock scene in your country/area?

CJ: In Atlanta there’s so many different genres but it’s a hip hop city. So everybody in the underground community gets together and are supportive of each other and it’s kind of different from city to city in the States. We’re lucky coming from Atlanta, there’s been a good community those last three years.

We are “RockUrLife” so what rocks your life CJ?

CJ: I love meeting people, meeting new people from all those different cities we visited, talking music and hearing everybody’s stories. Having my music be able to carry me to do things like that and meet all those people is more that I can’t ask for and I’m loving that. 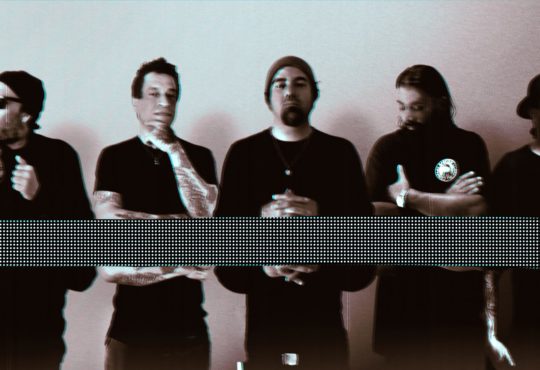 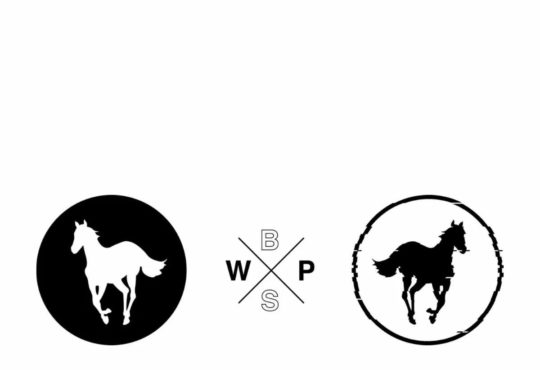 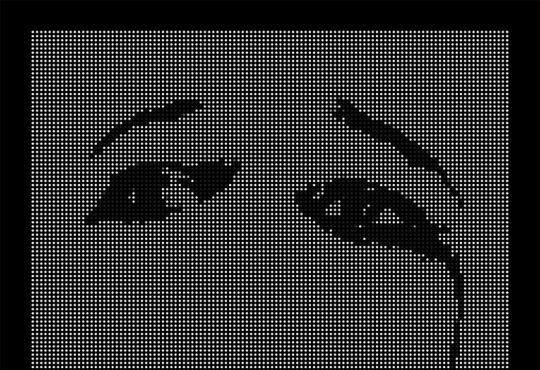 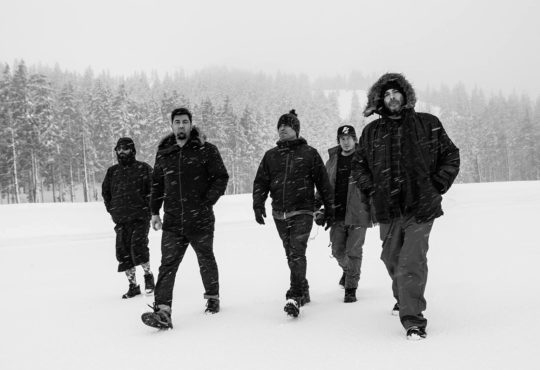 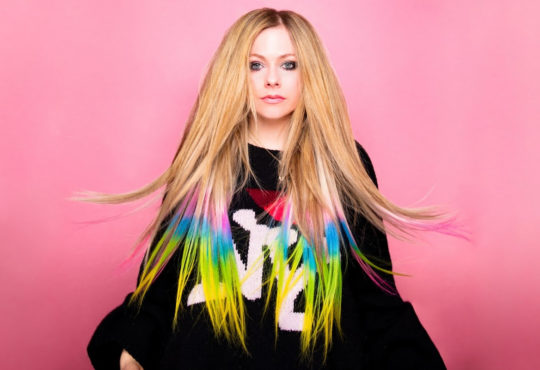