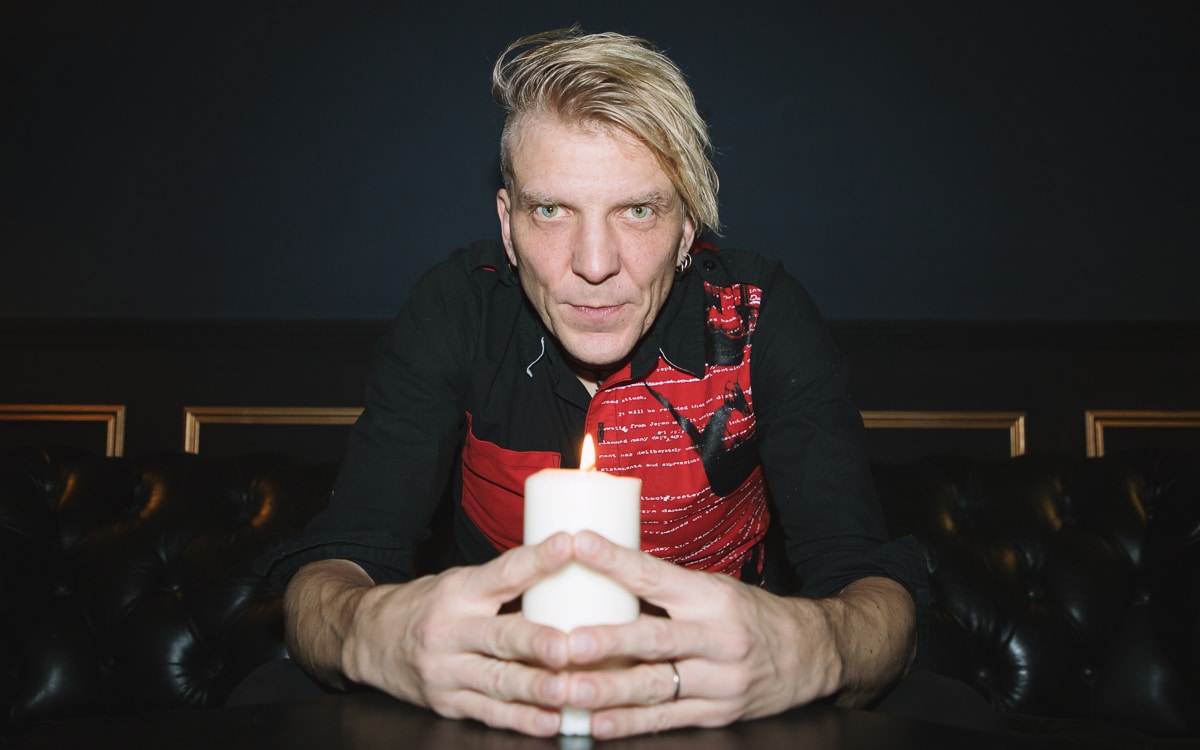 The Finnish symphonic metal band went back to its roots with “Cell-0”. An instrumental concept album built around the idea of the original cell. Mikko Sirén tells us more about the underlying themes.

This new record seems to be the result of a “back to your roots” process, could you tell us more about it?

Mikko Sirén (drums): We have to go back to get the idea. In 2015 we released “Shadowmaker”, it was the fourth album in a row with vocalists. We’d been touring for 10 years with vocalists and after that tour we realized that it was 20 years since we released our first album “Plays Metallica By Four Cellos”. That’s when we decided to do some kind of celebration and play about 20 gigs.

Here in France you played at Le Grand Rex, then In Hellfest.

Mikko: Yes! We thought that we would be playing 20 gigs but when we put the dates out there, we met a huge demand. People wanted to see the show and we ended up playing 250 concerts. When we played those shows, it was kind of like the very roots of Apocalyptica. We got to see ow people were excited to see us play the things we started with. The more we felt the people’s reaction the more we felt that we should do more of this. That started the conversation about making an instrumental album. To thank our fan for the support we get. The more we thought about it the more ideal it felt. We needed the tour to end and time off to write the album.

We started to write these instrumental, progressive metal songs. We wanted to embrace the instruments in all ways we could come up with. We wanted to put emphasis on all the feature.  It was the artistic point of origin.

The changes of rhythms, ambience and moods is particularly present in “Cell-0”. It seems to reflect another way of conveying emotions and the complexity of the underlying subjects. You chose to do a concept album, could you explain the themes behind it?

Mikko: “Cell-zero”, that’s how it’s said. It’s a made-up particle. The whole album is about particles and how they get bigger and combine to become entities. How they come together and break part again. “Cell-0” is like a God particle. One particle that you can’t define. If you take cells and put them next to each other you can create forms; you can create something but that doesn’t create life. Music is created from tiny particles. Rhythms, notes, breaks. You put them together and it’s almost a song but the thing that is missing is the soul of the song. Something that puts the emotion in the picture.

Another thing is that these particles are very much part of the album artwork. The cover represents a Cello breaking apart. It highlights smaller things. Human beings are really gifted in making tiny things, like microchip. We have mastered that skill, but at the same time we use even more energy, more money to break things apart. We put more money in oil industries than we put in medical industries. We rather create wars than trying to heal the people who are starving. That’s kind of a way to bringing tiny particles together and bringing them apart. Those themes, whether it’s environmental, whether it’s political, are what we discussed when we were on tour.

One thing that humans have lost during these years is empathy and respect for the nature and the animals. We need to get it back if we want to go on. The world is now developing in a negative direction. We couldn’t have predicted it 10 years ago. Nobody could see how fast everything could change. As we are an instrumental band, we don’t have lyrics, we can only convey messages through our music, album and song titles. That’s everything we give out and the rest is for everyone to decide. There’s no actual story, there are ideas.

Everyone is free to build the story they receive when listening to your music and reflect upon your choice of words. Another way of conveying your messages is through the artwork you mentioned earlier.

Mikko: Maybe more than ever before we wanted the album to be like one entity. Everything is connected. In the leaflets every song is painted. There are nine openings. It’s really pretty and that’s a big part of the “Cell-0” world. We are creating the live experience for the album and we will use all this material.

For example, for the song “En Route to Mayhem”, what kind of illustration do you have?

Titles like “Rise” with just one word can lead to many ideas. What’s the first idea that comes to your mind for this particular song?

Mikko: When I first heard the song, I said to Eicca: “this light, this hope, this promise we will be alright”. It’s the most positive of the whole album. I was thrilled cause Eicca normally doesn’t compose songs like that. It’s fresh and he was able to renew himself as a composer. That’s my favorite tracks of the record. But the title is “Rise”. No matter how you’ve been put down you can always rise. That’s how I see it. But that’s me. You should check out the video, it’s like an art film, I love it.

You supported the Greenpeace Campaign in Rock In Rio 2008. Are you also personally involved in environmental issues?

Mikko: I’m always one for fighting for smaller and weaker person. I’m not an environmental activist, I would be a hypocrite to say it. I find it extremely important that people stand up and protect the thing that they find valuable. This week I was watching “Rattle And Hum” from U2, shot in the late 80’s. Back in the days they were super political, taking stand against IRA, Apartheid. The passion they had for their cause was a driving force. And I thought, where are the bands that have anything to say nowadays? Kendrick Lamar has something to say and some other African American artists. There is some general apathy, people don’t fight for anything. It comes to my mind because all U2 records end with “join Greenpeace, join Amnesty International”.

I think it would be unfair if as a band we would not try to make things a little bit better. Greenpeace has a way of doing things that is a bit extreme. But they are fighting against even more extreme companies. I support what they do, they have done very precious jobs.

You say that you are against war and violence, but you just made a duet with Sabaton. In one way, the band can be seen doing the apology of great wars. It’s almost a way to romanticize war.

Mikko: I’ve been thinking a lot about that. I haven’t seen anything that truly romanticize war. They have chosen to sing about that subject. They sing about stories in this field. For me it was important that there was nothing pro war about them. The overall vibe in the audience is super positive.

Tell us a bit more about the duet and how you got to work together.

Mikko: It was great. Their bass player came to see our show in Madrid. He had this idea to work together. He finds it boring the way bands do tours together. He said that they should be a more inclusive way. Amaranthe start the show, Eicca comes to play with them, then Elize play with us, then we play with Sabaton. Everything is intertwined.

We did the “Angels Calling” song, we also did a “Fields Of Verdun” interpretation and there is much more to come.

It’s really grandiose when you play together. It’s theatrical.

Mikko: Absolutely, very theatrical. An they have put up much efforts to create their stage.

And finally our last question: we are “RockUrLife”, so what rocks your life? 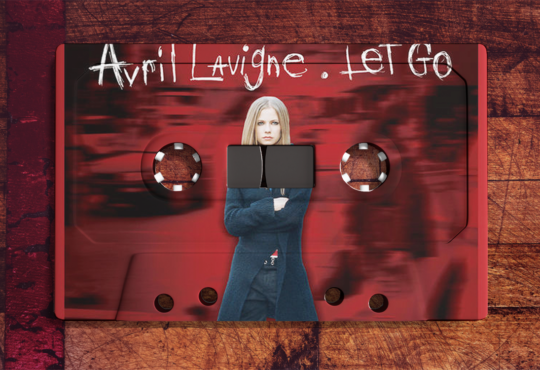 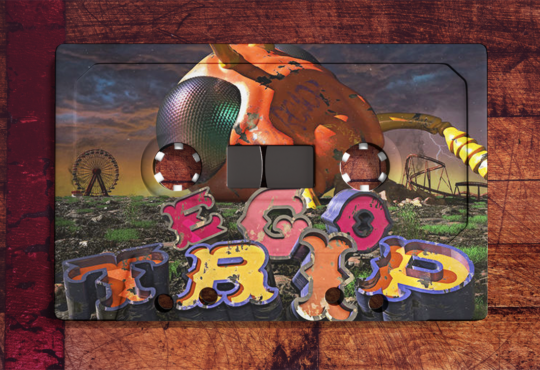 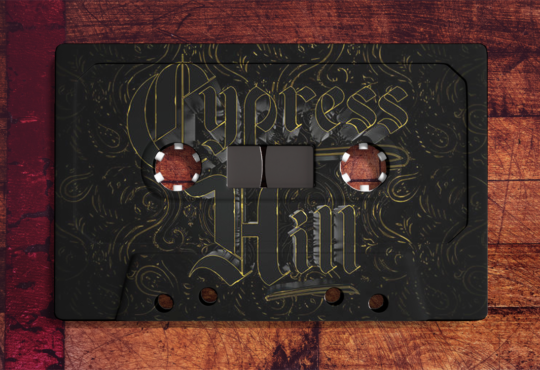 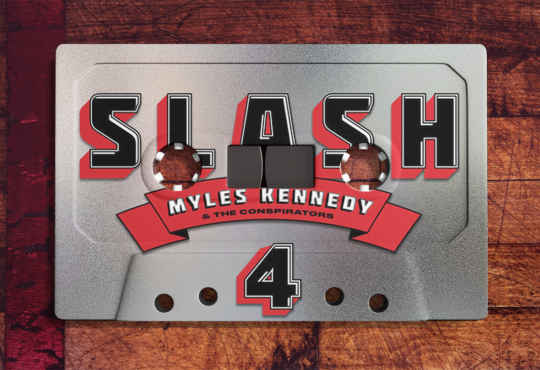 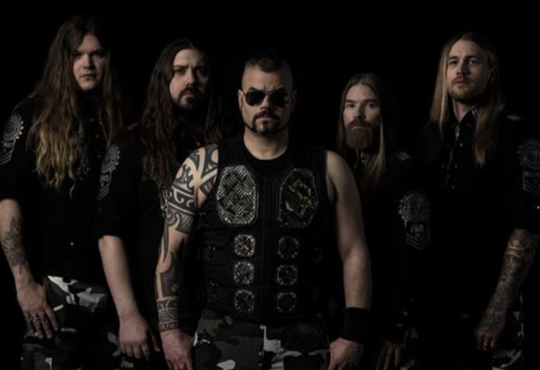 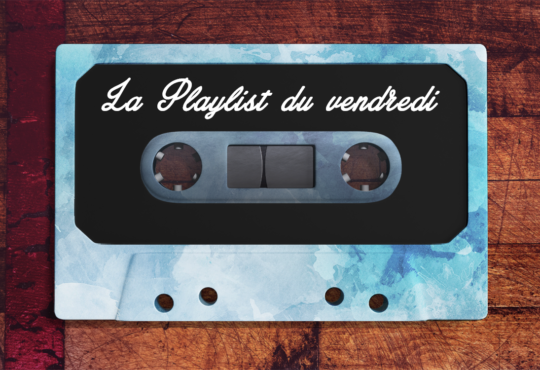 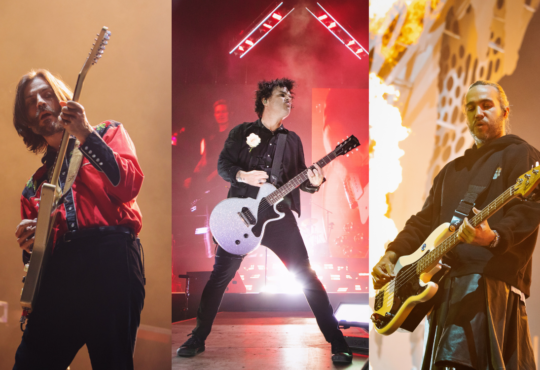