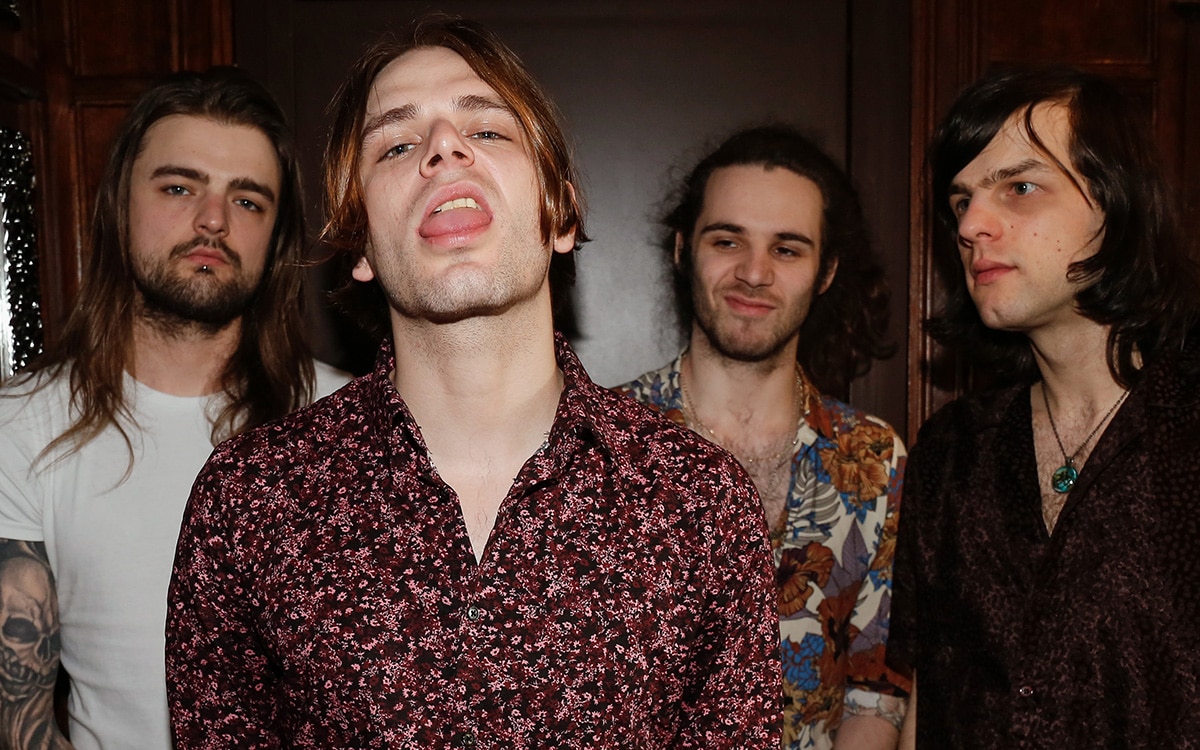 Flagship band of the british punk scene, Allus has traded “drugs” for some “love” but still delivers grade-A rock. We’ve chatted with them a few weeks before the release of the excellent “It’s OK To Talk”.

Is there a question you’d be eager to answer but are still waiting to be asked?

Jason Moules (vocals): We love doing interviews, but it’s not something I think about often.

Andrej Pavlovic (guitar): Me neither. I just like to be taken by surprise.

So what was the most surprising question you were asked?

Do you feel like you’re a new band now that you’ve changed its name?

Jason: We’ve only been together four months, but we make moves like a band who has been together seven years. If you got the best musicians they should theoretically be able to play well together, but if they’ve never met it won’t work. There’s nothing better than being a unit. We vibe off each other: If Connor was doing a different beat on stage, Jemal would definitely follow with a different bass drum and I’d be doing something different as well. So.

Jemal: We’ve made mistakes and we learned from them!

Jason: It varies. It can be spontaneous – we’re in a rehearsal room, one of us comes in with an idea and later on we have a song – or it can be a concept that’s developed in my head before eventually coming out. It changes all the time. The most recent thing we wrote together is called “Full Circle” and it’s on our debut EP. It was maybe a week before we finished it, and the chord progression seemed to come out of us. Jemal wrote the lyrics to the second verse, and I recorded the vocals on the demo. It all worked so well!

Did any happy accidents occur?

Jemal: With the amount of time we spent in a practice room, it had to. It even happens live sometimes: we play something and make an accidental mistake we all sort of follow because it actually sounded really good! Something can also not work properly, and make us realise we’re better without it. Our creative process is always ongoing! Every couple of years we even change our old songs to the point that if you listen to the originals and the last versions, you’re like: “What the hell happened during that process!?”

Is this why you decided to released a live EP before focusing on an album?

Andrej: It makes sense that it’s all taking place now, but wasn’t initially. It’s something our label suggested. We recorded the album first, then we did a residency in Leeds and they recorded that gig.

Do you think you’ll go back and work on the songs you recorded live again?

Andrej: Yeah probably. We do revise songs quite often. We have one song that we recorded six different versions of. Five of them have actually been released and four are in a different key!

Are you worried your previous fanbase may not follow you on your new path?

Connor Fisher-Atack (drums): We respect the fact that they may not want to keep listening, that’s fine.

Jason: If somebody decides that they don’t like the music we’re making, then I’m sure there will be plenty of artists they will like. But we want to make music we want to make.

Connor: Obviously we want the old fans to stick with us, and quite a lot of them are to be fair. When we went back on stage, it was quite a daunting and nerve-wracking thing for me to play our new songs because I didn’t know if people would receive them in a good way. But they absolutely did and we had both new and old fans singing along to songs that have only been out for five minutes!

Jemal: The thing is that we never go backward with a fanbase. We’re never going to have less fans than we are going to make. I was sort of overwhelmed by the amount of people who liked our old heavier grungier songs, and are now fond of some of the softer ones. I think people mature. As a band we matured! We got better as musicians and our audience matured with us, so if they’re invested enough they will follow everything that we do because they know it comes from the right place.

Have you come across people who had no idea you’ve been together for years?

Jason: Our name went around for quite a while in the UK as we did a lot of gigs. So even people who didn’t like our music probably heard us!

Jemal: I find it funny the amount of people who don’t realise we are the same band. There are people you see after shows who tell us: “You used to be in this band before, right?” (laughs) The name is basically the same but they haven’t realised we changed it.

What was the reason behind your self-imposed silence?

Jason: I was just talking too much! It was simply time for us to reflect and decide what to do. We may have been silent, but we were rehearsing all the time. We were working five days a week before we made the album, so we just knew what as coming. Sometimes I think it’s not good to tell fans something is coming and they should wait. I think people knew we weren’t gone forever.

Jemal: We wanted to come out with everything fresh and sort of new, so we had to take down all the content we didn’t think represented us or could get in the way and confuse people when we’d start releasing new material. That kind of admin stuff takes a lot of time, but you don’t really think about it when you’re a musician; you just want to play.

It all came from a good place then?

Jemal: Oh absolutely! We were always going to be playing; nothing was going to stop us from doing that.

Jason: We did lose our other guitarist. A lot of our old songs were his compositions and while he was in the band he was very adamant about the fact that we were playing his music. It was all about him and it made us realise that we’re a team, and there’s no “I” in “team”.

Do you know what your goal as a band is as of now?

Jason: We’re going to sell ten million records in two or three years. We’re also going to break up and go back together multiple times in the space of a day.

Jemal: Then do a farewell tour and a comeback tour, and that’s by the end of this summer.

Jason: We just want to make music as much as we can, because it’s a life worth living. If I wasn’t singing in this band and being on tour, I’d probably be jobless or couchsurfing. It’s everything to us! We just want to play bigger show, sell out Wembley stadium, play in every country we can possibly play, and meet everybody. We want to make the best of it all and keep topping ourselves up. To be honest, I think we made a amazing album and the people we made it with. They’re such legends, we were so lucky to work with them for a our first record, so now we just have to level up.

The producers you worked with [Catherine Marks and Alan Moulder] are massive, to say the least. They must have given you precious advice?

Connor: When they were suggesting something, we knew it was coming from a good place. They tried to make the best out of what our material was. They tried to help us better what we could do. It was really inspiring!

Jemal: One of the most infectious thing about them was their excitement for working on something we were doing. You think about who they worked with and you see them listening and being influenced by what you’re doing, it means a lot. It was cool what we could spark their imagination to make our sound better, and their excitement and passion was contagious.

You’re obviously going to release a great debut album because it isn’t one!

Jason: We wanted to make a classic album, and in ten years or twenty years time it will hopefully be regarded as such. There’s no point in doing anything unless you want to be amazing. What’s the point of making an average album or get up on stage to be OK? We wanna be phenomenal! We started playing in pubs, in factories and old warehouses and it just snowballed. But we always wanted to make a debut record with amazing producers. It was more a question of when were we going to do it, than if we were going to do it.

Do you think that it’s still possible to make a classic album in 2019?

Jason: Only time tells stuff like that. A lot of albums released in the late 90’s and 2000’s are becoming classics.

One of your press releases reads that “It’s OK To Talk” is proving “rock isn’t dead”. Do you think it needs to be proven?

Jason: It gets said every three years, but it never dies. It can’t be killed!

Andrej: It will be dead in 400 years when people won’t remember about Jimi Hendrix or The Rolling Stones.

Jason: …But in the same respect so will Dr Dre and Tupac!

Andrej: Saying that rock is dead is just like saying classical music is.

Jemal: There are many good rock bands, but it’s about who’s shining the light on them. If you’re good, you’re obviously creating some sort of wave and people have to see it whether they want to or not.

Lastly, as our website is called “RockUrLife”, what rocks your life?

Jemal: When I wake up and I’m still breathing, it’s really good. You never know! 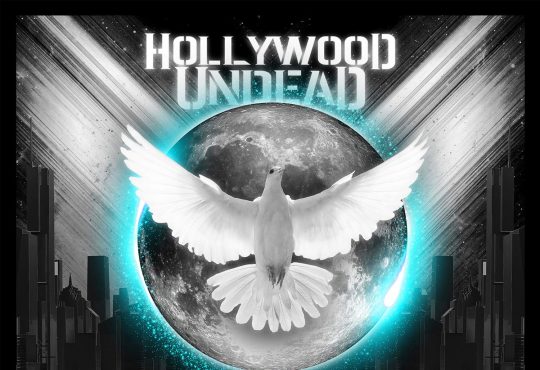 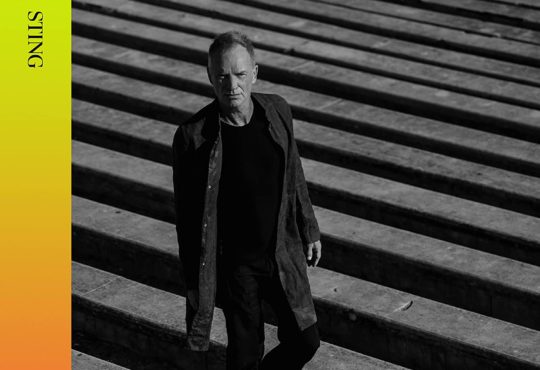